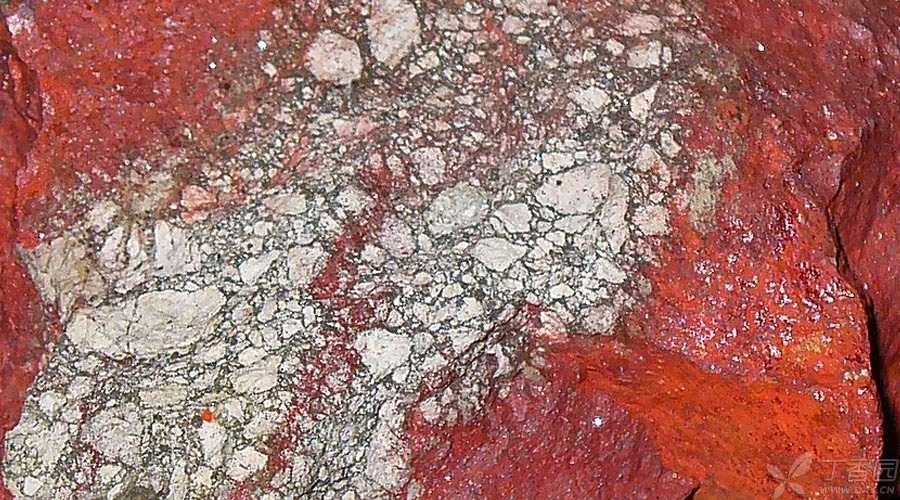 The following are some research materials on cinnabar, realgar and related proprietary Chinese medicines:

Also known as cinnabar, cinnabar, It is a natural ore of mercury sulfide. Cinnabar is a very important traditional Chinese medicine in traditional Chinese medicine. It is used for so-called “tranquilizing and calming”. < < Shennong Materia Medica > >: It tastes sweet and slightly cold. Non-toxic. It governs all diseases of the five zang-organs, Nourish the spirit, Ann the soul, Supplementing qi, improving eyesight, Spermicide evil ghost. < < Compendium of Materia Medica > >: Nourishing heart qi, nourishing heart blood, nourishing kidney, nourishing spleen, preventing miscarriage, Can detoxify, Can sweat, With the help of the envoy and see the work, There is no way to go. Open any Chinese medicine book, there are a large number of absurd prescriptions containing cinnabar. Until today, in < < Chinese Pharmacopoeia > > and < < Ministry of Health ministerial standards > >, there are as many as hundreds of prescription preparations containing cinnabar, and there are also more than 100 kinds of pediatric medicines, accounting for about 10%, and pediatric medicines are even higher. Cinnabar is also very common in Mongolian and Tibetan medicines.

Modern biomedicine found that cinnabar is absorbed through digestive tract or wound, Free mercury is generated, And combine with hemoglobin in blood, It enters various tissues and organs of the human body along with blood circulation. Free mercury combines with tissue cells (including central nervous system and enzyme system), Causing malnutrition, degeneration and even necrosis of cells. Acute poisoning is manifested as nausea, vomiting, abdominal pain, diarrhea, pus and blood, oliguria, urination and uremia. Chronic poisoning is manifested as digestive system lesions. Mental disorder, Mercury toxicity tremor, liver and kidney function damage, visual field reduction, sexual dysfunction. Clinical reports show that cinnabar may cause liver and kidney damage, gastrointestinal tract reaction, nervous system poisoning, hemolytic anemia, allergic reaction, etc. Some animal test reports believe that cinnabar can reduce the excitability of mouse brain central nervous system, so it has the so-called [sedative sleep] effect; However, cinnabar has accumulated effect in the body. If given for a long time, animals will suffer from weight loss, hypokinesia, slow response, renal ischemia, hepatomegaly and other symptoms. Traditional Chinese medicine regards some toxic and side effects of cinnabar as curative effect, which is the reason why cinnabar is abused in pediatrics to calm the nerves and relieve convulsions.

At present, the Chinese medicine community does not deny the fact that cinnabar is poisonous, but it is very divided. When Chinese medicine needs to brag about the nihilistic cinnabar efficacy, it says: [Maybe those soluble ingredients are effective]; If you want to talk to Chinese medicine about the toxicity of cinnabar, He will talk to you about [cinnabar and water flying technology, Remove all soluble mercury salts, The remaining HgS is insoluble, Not absorbing, 98% of them were directly discharged out of the body]. According to the regulations of < < Chinese Pharmacopoeia > > 2000 edition, The purity of HgS in cinnabar shall not be lower than 96%, Other impurities are soluble mercury salts, Arsenic, lead, cadmium and other heavy metal associated compounds, This is also when the Chinese patent medicine with cinnabar ingredient was caught abroad, In addition to this small amount of soluble mercury salt, According to the research results of Shou Guangshun and others,: [It is certain that cinnabar is poisonous if taken orally in excess, The absorption rate of inorganic mercury in human body is 5%, The absorption rate of methylmercury can reach 100%, and cinnabar (HgS) can produce methylmercury when it meets methyl-carrying substances in a dark environment with anaerobic sulfur and pH 7 and temperature 37 ℃. However, the human intestinal tract is meeting this condition, so oral administration of cinnabar and its preparations increases the chance of poisoning]. < < Chinese Pharmacopoeia > > 2010 edition also has to clearly indicate: [Prohibited for pregnant women and patients with liver and kidney insufficiency]; The question is, are you willing to take a fully functional liver and kidney to try this tiger drug, which is known to have liver and kidney toxicity?

Baby girl, born healthy, On the 6th day, the mother found horse teeth, Grandmother picked it out with a needle, Then apply cinnabar (about 4-5 grams), After that, the child began to be agitated, crying and salivating at the mouth. About one hour later, the child fell asleep. About two hours later, he found pale complexion, light and slow breathing, deep inhalation, gray color and green mouth, convulsion once, spasticity of the whole body, binocular gaze… and finally died. (Journal of Neonatology > > Issue 05 of 1993 < < One Case of Neonatal Acute Cinnabar Poisoning Death > >)

Female, March, As he cried incessantly, Parents took about 500 mg of cinnabar. After that, drowsiness gradually appeared. Limbs were weak and sometimes groaned. After about 20 hours, he developed a coma and did not respond to various stimuli. He came to see a doctor urgently. During this period, he was delirious and showed a deep coma. During this period, he had shallow slow breathing, irregular rhythm, apnea, pale complexion, binocular gaze, double pupil size, and decompensated metabolic acidosis. (< < Pediatric Emergency Medicine > > No.03 in 1997 < < 1 case of cinnabar acute poisoning > >)

Skin Absorption # June Baby Boy Diagnosed as Dyspepsia by Traditional Chinese Medicine, Use various drugs for navel sticking, roasting, The baby died on the day the navel was pasted with cinnabar. After examination, Renal proximal convoluted tubules and distal convoluted tubules were degenerated and necrotic, Liver cells were degenerated and swollen. The measured mercury content was 452 g/100 g kidney tissue and 29 g/100 g liver tissue. (Journal of Forensic Medicine > > November 1998 (No.4) < < 1 case died of cinnabar poisoning > > by Yang Zhenglong)-Mercury and its compounds in cinnabar can enter the body through the skin, causing harm to children regardless of dosage, but to different degrees.

Realgar is an arsenic sulfide mineral. According to Compendium of Materia Medica, it is believed that [Realgar can treat malaria with cold and heat, relieve dysentery in summer heat, become addicted to alcohol, convulse epilepsy, dizziness due to head wind, remove blood stasis in abdomen, and kill labor chancre.] Modern medicine proves that arsenic and its compounds can lead to arsenic poisoning, damage nerves and blood vessels, and can cause fatty degeneration, necrosis and cancer of liver, kidney, spleen, myocardium and other parenchymal organs.

Some Chinese medicine lovers are fond of talking about arsenic in treating acute promyelocytic leukemia. It must be pointed out that the mechanism and clinical application of arsenic in treating acute promyelocytic leukemia are confirmed by modern medicine. It is a drug whose income is greater than the risk before a better and safer specific drug is found. Serious arsenic poisoning is also likely to occur during clinical treatment, but it is worth trying compared with losing one’s life.

Normal countries in the world have banned the use of heavy metals such as cinnabar and realgar in drugs, and have strict trace limits on mercury and arsenic contents in drugs and foods…

Former Health Minister Chen Zhu finally issued the “National Essential Drugs Catalogue” (2012 Edition) (Ministry of Health Decree No.93) before leaving office, which also includes proprietary Chinese medicines containing cinnabar and realgar, which can be paid by medical insurance, including at least the following:

The standard Tibetan medicine roll and pharmacopoeia issued by the Ministry of Health include prescriptions containing cinnabar or realgar.

The standard Mongolian medicine roll and pharmacopoeia issued by the Ministry of Health include prescriptions containing cinnabar or realgar.

The article was reprinted by Clove Garden authorized by Science Park.