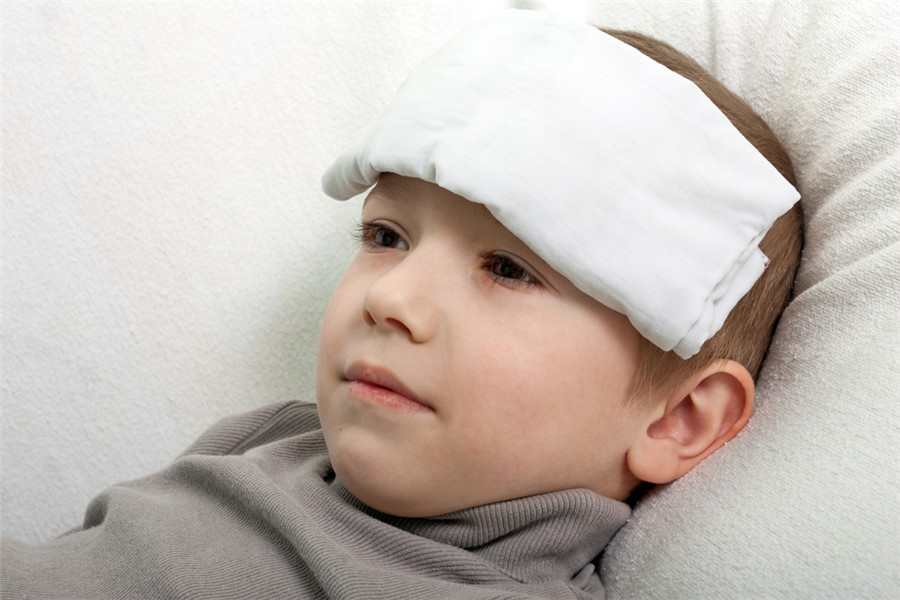 At present, there are many antipyretic drugs for children, and adverse reactions are often mentioned. How should parents choose? Should we pay attention to some what in use?

First of all, rising body temperature is a natural defensive response of the human body. It can increase the synthesis of human body, enhance the activity of phagocytes, and sometimes the change of body temperature is also helpful for disease diagnosis and judgment after healing. Therefore, not all children must use drugs immediately as soon as they have a fever. In general, children with low fever (< 38.0 ℃) do not advocate the use of drugs to cool down, but should adopt physical cooling method.

What are the commonly used antipyretic drugs? Acetaminophen

Representative drugs include Tylenol, Anjiare, Xiaoer Baifuning, Acetaminophen Suppository, Acetaminophen Enema, etc. Acetaminophen synthesizes prostate gland by selectively inhibiting hypothalamic thermoregulatory center. The drug is widely recommended and used by countries all over the world because of its quick effect, strong effect and safety. At present, the drug is the first choice for infants and children over 3 months old when they have high fever recommended by the World Health Organization (WHO).

Advantages: absorption is fast and complete, oral administration can produce antipyretic effect within 30 minutes. Adverse reactions are relatively small, stimulation to gastrointestinal tract is very small, platelet function and coagulation function have no effect, no nephrotoxicity, so safety is relatively high. For children under 2 years old, doctors are usually accustomed to using this drug, and it can be taken with milk and fruit juice.

Representative drugs include Merrill Lynch, Tian Qian, Chen Gong Zaixin, etc. Ibuprofen is a cyclooxygenase inhibitor. Its antipyretic effect is achieved by inhibiting the synthesis of hypothalamic prostaglandins and moving down the control point of the body temperature center at the same time. Its heat dissipation effect lasts for a long time and has low toxicity. It can be used for antipyretic of infants to relieve mild headache, sore throat and other symptoms caused by colds, influenza and the like. Babies under 6 months are not recommended.

Advantages: Ibuprofen is safe and is also a kind of antipyretic recommended by WHO, which can be used for children. Its advantages are stable and lasting antipyretic, and the average time of controlling antipyretic is about 6 hours, up to 8 hours. Moreover, its antipyretic effect on high fever above 39 ℃ is better than acetaminophen.

Disadvantages: Mild gastrointestinal discomfort, There are occasional rashes, tinnitus, headache, coagulation function and transaminase elevation, etc. There are also reports of gastrointestinal hemorrhage and aggravation of ulcer. There are also reports that ibuprofen occasionally causes reversible kidney injury under the conditions of dehydration, low blood volume and low cardiac output. Excessive administration may have adverse reactions such as central nervous system inhibition and epileptic seizures.

Usage: The common dose for children is 5 mg/day per kilogram of body weight, which is taken 2-3 times.

Advantages: Some people have compared nimesulide with ibuprofen, and found that nimesulide has the outstanding advantage of less adverse reactions to the digestive system. Because the incidence of liver damage caused by nimesulide is relatively low (about 1/1 million), it is often widely used in clinical treatment of inflammatory fever and pain.

Disadvantages: With the wide application of this drug in recent years, Reports of serious adverse reactions increased, Especially drug-induced liver damage (such as hepatitis and liver failure) and kidney damage (such as hematuria and oliguria). From 2002 to 2005, Spain, Turkey, Ireland and other countries have withdrawn the drug from the market. On May 20, 2011, the former State Food and Drug Administration announced that it had decided to adjust the scope of clinical use of [nimesulide] to prohibit its use in children under 12 years old based on the monitoring report of adverse reactions of [nimesulide] oral preparations, research and supervision at home and abroad, and expert opinions.

The representative drug is lepyrine. This drug is a combination of lysine and aspirin. Its toxicity is reduced. It is a cyclooxygenase inhibitor and reduces the synthesis of prostaglandins. It has antipyretic, analgesic and anti-inflammatory effects.

Advantages: strong antipyretic effect, quick effect, mild and lasting effect, can avoid oral aspirin and ibuprofen to gastrointestinal tract stimulation. From ibuprofen and acetaminophen are tablets, aqueous solutions and suspension (drops), there is no intravenous injection and intramuscular injection type, so for children with oral drug difficulties, doctors often choose this kind of drug.

Disadvantages: Because it contains aspirin, Long-term application may induce Wright’s syndrome, and some may induce anaphylactic shock and severe asthma attacks. Therefore, children under 16 years old should be cautious in use, and attention should be paid to asking about allergy history when applying. This drug is prone to toxic reactions in children (especially dehydrated people), should be used with caution in children under 12 years old, and should be banned in infants under 3 months old.

What should I pay attention to when using antipyretic

Children can use antipyretic drugs as follows: children with body temperature > 38.0 ℃ and previous history of febrile convulsion; Body temperature 38.5 ~ 39.0 ℃, accompanied by general discomfort; Children with high fever and ultra-high fever (> 39 ℃); Fever patients, no matter how hot, show obvious discomfort or accompanied by systemic poisoning symptoms; Children should choose antipyretic drugs under the guidance of doctors. Oral antipyretic drugs can generally be taken once every 4 ~ 6 hours, not more than 4 times a day. Try to choose an antipyretic. Some compound preparations, most of which contain the above ingredients, must carefully read the drug instructions to avoid misuse or repeated medication. Attention should be paid to indications for combined use. Acetaminophen and ibuprofen are safer and more effective antipyretic drugs for children. However, they cannot prevent the occurrence of febrile convulsion. Antipyretic drugs should be taken as much as possible after meals, not on an empty stomach, so as to avoid the stimulation of drugs to gastrointestinal tract. When taking, more water should be drunk and electrolyte should be supplemented in time to facilitate perspiration and cool down and prevent collapse. When antipyretic drugs are used repeatedly, blood routine examination should be carried out frequently to observe whether the number of granulocytes in blood decreases. The course of treatment of antipyretic drugs should not exceed 1 week, and the treatment should be stopped immediately after the fever is reduced. Children who are weak, dehydrated and collapsed should not be given antipyretic sweating drugs to avoid aggravating the disease.