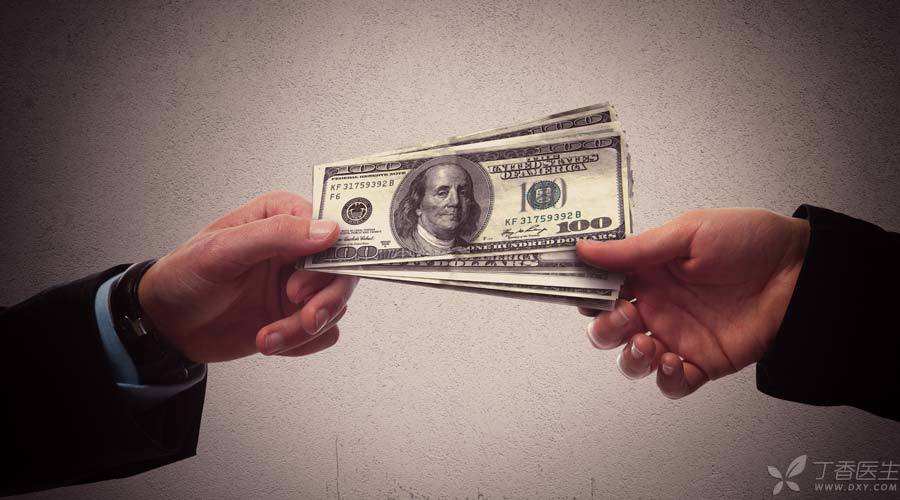 I wanted to buy a car recently, but I was short of money. Taking advantage of the vacation, I came to the used car market.

In front of the identical BMW, the boss stopped and said to me, “150,000 on the left and 250,000 on the right are all the same as the new ones. You can choose them.” I turned around the two cars three times and could not see any difference between what.

[Which one is better? I asked.

The boss squatted on the ground and looked at me smiling and said, “Every penny counts, depending on what you are trying to do.”

Where there is a market, there is information inequality.

Therefore, the second-hand car market has a characteristic called “unequal information”. In the market, as long as sellers want to hide part of the truth of the product, it is difficult for buyers to know.

Is the Internet a Hope to Eliminate Information Inequality?

The Internet era has given us hope. The powerful search engine has shown us the dawn. Now, we can finally know whether our money is worth it.

Not long ago, a college student named Wei Zexi, with the same idea as me, searched the Internet for the information he needed.

He suffers from a disease called synovial sarcoma, which is very difficult to cure with the current medical level. But in a famous search website in China, Wei Zexi found a glimmer of hope. 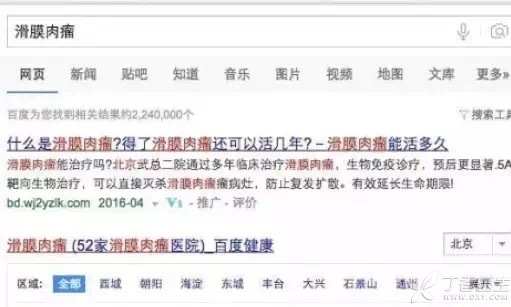 This seems to be a good start. Wei Zexi felt as if he had found a [lifeline]! Along this [straw], he began his way to seek medical treatment.

However, the story has developed differently. Wei Zexi shared his medical experience online:

At that time, I didn’t know. The first one above (referring to a famous search engine in China) was the biological immunotherapy, DC and CIK of an armed police hospital. That’s all. It was very good. My parents contacted the hospital at that time and went to Beijing in a few days.

I met one of their directors, Li, This is what he said, This technology is not theirs, It was developed by Stanford, They are cooperating, The efficiency rate reached 80 to 90 percent, Looking at my report card, (they) said to my parents that there would be no problem in protecting me for 20 years… Needless to say, we calculated the money in our family and borrowed some from relatives and friends, which cost more than 200,000 yuan in total. As a result, it was transferred to the lung in a few months. The doctor said at that time, I’m afraid I won’t be able to do it for a month or two…

My father went to find this person at that time, or that hospital, also an outpatient department. His words became all probability. They never promised anyone, and let’s continue to do it…

Later, I learned about my illness and met many friends in Zhihu. One of them was a foreign student in the United States. He helped me check it at Google and contacted many American hospitals before understanding the problem. The fact is this:

This technology was eliminated at the clinical stage because of its low efficiency abroad. Now there are no hospitals in the United States that use this technology again, but it has become the latest technology at home, and then all kinds of deception.

I am now hospitalized and have found a truly reliable technology, but my family is running out of money. 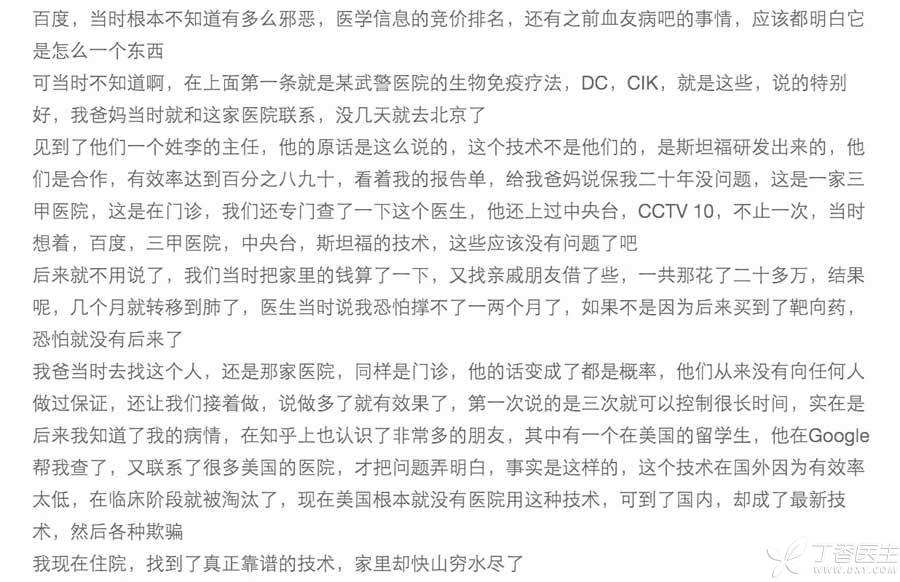 On April 12, 2016, on a question in Zhihu, his father Wei Haiquan answered a netizen’s question to Wei Zexi:

Q: How is Wei Zexi? (Always paying attention to him)

A: I am Wei Haiquan, Wei Zexi’s father. Zexi died at 8: 17 this morning. His mother and I thank our friends for their love for Zexi. I hope everyone cares for life and loves life.

Apart from his father’s message, he left no trace in this world.

Wei Zexi’s story began to ferment on the Chinese Internet, and many netizens rushed to this famous domestic search engine website to watch.

However, most people, like us, should no longer be able to find Wei Zexi’s search results at that time. As of the time of the author’s publication, the search results were already like this:

As if nothing had happened.

Wei Zexi does not know whether the treatment he receives is really effective, and I do not know the quality of used cars. Wei Zexi could do nothing about everything he encountered, while I could do nothing about the used car owner. Wei Zexi can only write down his medical experience online, and I can only write down the story of my car purchase here.

Because, we are all the same.

However, I still have one thing I don’t understand. The used car owner must have made money from selling the car. The search engines on the Internet should have provided only search services. However, they have taken advantage of netizens’ dependence on search engines and provided information to guide netizens to seek medical treatment. Now, the information they have provided has ended a young life that might have continued.

So, are they innocent?

If so, then this is what:

It is OK to collect money and advertise, but the search engine mixes advertisements and knowledge information, causing misleading is wrong. It is a matter of human life and the hospital has problems. Is this search engine innocent?

Yes, if you pay, you will be ranked first.

Tomorrow is a whole new day?

Tomorrow, I want to go to the owner who sells used cars again.

Because the BMW I bought for 150,000 yuan made an abnormal noise after only one day of driving. I want to have a good talk with him. If he tells me the story behind the car well, I may forgive him. Otherwise, I can only share my car purchase experience online, just like netizen Wei Zexi.

Because that’s all I can do.

The second-hand car market also has regulatory agencies. If they can take care of this matter, it may be better, I think so.

But Wei Zexi’s father probably didn’t know who would take care of what happened to his family, so he could only tell everyone in an almost bland tone:

His son is dead.

Is this our future?

Everyone who sees this article, who can tell me, who can take care of this matter?

Not everyone buys used cars, but everyone gets sick.

The economist Akerlof mentioned earlier, after studying the used car market, came to such a conclusion:

In the market with unequal information, high-quality goods will be gradually eliminated and inferior goods will flood it.

Some of the things mentioned in this article are trying to aggravate the current situation of unequal information in this market. Akerlof’s theory will be confirmed again and again in China’s medical market.

Is this our future?