Duoduo has been a happy fruit for six months. However, there is a problem that becomes more and more obvious with the growth of Duoduo. Her head is always tilted to one side.

I thought it was because my neck had no strength and it would be good to grow for a long time. As a result, three months passed, but my little head grew more crooked.

Is it torticollis? With this problem in mind, parents took their children to the children’s health department of the hospital.

The doctor first touched both sides of Duoduo’s neck and asked how long this situation had been discovered. He also asked the baby to lie down and sit up again.

After the examination, the doctor told the parents that Duoduo was not suffering from congenital torticollis, but may be [neurological dysplasia] and needed further [neuropsychological evaluation].

Does this [crooked head] matter?

Mothers should all know that the baby’s big movement development rule is about [three turns, six seats, eight climbs, ten stops, twelve starts 121]. 90% of the three-month-old children can look up on their own.

For the development of the above [big movements], what we need to emphasize is [correct posture]. If the child’s posture is wrong from the beginning of looking up, and there is no timely intervention and correction, the child’s crooked head will become more and more obvious.

If the situation of [torticollis] is excluded, this kind of crooked head is strictly defined as [head control difference] in neuropsychological development, which is usually manifested when the child is three months old.

If the neurological dysplasia is serious, then [head control difference] is only the initial manifestation, often accompanied by the following symptoms:

Muscle tension is too high or too low: the baby’s limbs are soft, weak, or unique, but there are problems in movement control; Abnormal primitive reflex: For example, when the baby is five months old, he will subconsciously grasp the finger touching the palm of his hand, or when the small head is pulled to one side, one hand will straighten forward, and the other hand will bend on the body side or suck anything handed to his mouth, which is a sign that the primitive reflex has not disappeared. Different degrees of growth retardation: for example, children cannot pronounce [goo goo] for five months, large movements appear later than ordinary children, and there is no obvious response to sound stimulation, etc.

Therefore, [head control difference] is only a manifestation of the abnormal development of the baby’s nervous system, which may affect the baby’s future life.

If the baby has abnormal nervous system development, the earlier he goes to the children’s health care department for examination, intervention or rehabilitation exercise, the better the effect will be.

Many parents only know [congenital torticollis] and think it doesn’t matter if it is not torticollis. Some parents looked at their children’s difficulty in looking up and unilaterally thought it was calcium deficiency. They did not go to the hospital for examination, but only gave their children calcium supplements.

They do not know that this kind of neglect may delay the normal development of the baby, because [poor head control] is often accompanied by abnormal nervous system development.

If the professional intervention is late, the correction of head control problems will become more difficult, not to mention the development of nervous system.

If parents carry out incorrect head-up training at home at a critical stage of development, or never give their children constant exercise to head-up, it may eventually lead to abnormal posture and the child’s head will tilt to one side.

In the infant stage, the brain develops and changes violently and rapidly. Through movement training and professional guidance, intervention and rehabilitation training of doctors, it is possible to correct poor posture. If the nervous system abnormality is not serious, the brain will gradually move towards the normal development path due to the training of correct posture. 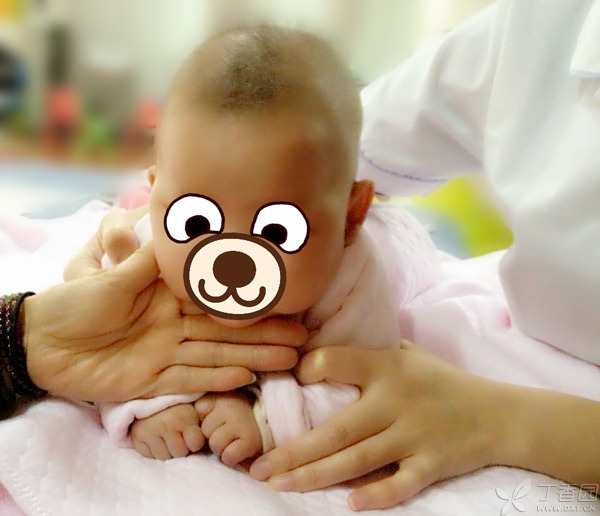 Does how Correctly Train Babies to Raise Their Heads?

When doctors intervene and rehabilitate babies with poor head control, they will teach parents to take their children to exercise their heads correctly. You can also train your babies to look up according to the following methods.

However, it should be noted that if there is already a crooked head, it is most important to go to the child care department for examination as soon as possible.

The above movements can start one week after the full-term baby is born. If it is premature, it should be trained under the guidance of a professional doctor.

Each training should be carried out one hour (on an empty stomach) before the baby is awake.

Before the full-term baby is three months old, stick to it at least twice a day, and the length of each exercise will gradually extend from 30 seconds. After three months, the practice should be gradually extended from 1 minute, 4 ~ 6 times a day. When the baby is awake at ordinary times, try to let him play on his stomach, which is helpful to practice looking up and crawling.

Of course, you still need to lie on your back in your sleeping position.

If the baby is still unable to raise his head for three months, it is not enough to train his parents alone. Remember to go to the child health care department for examination!