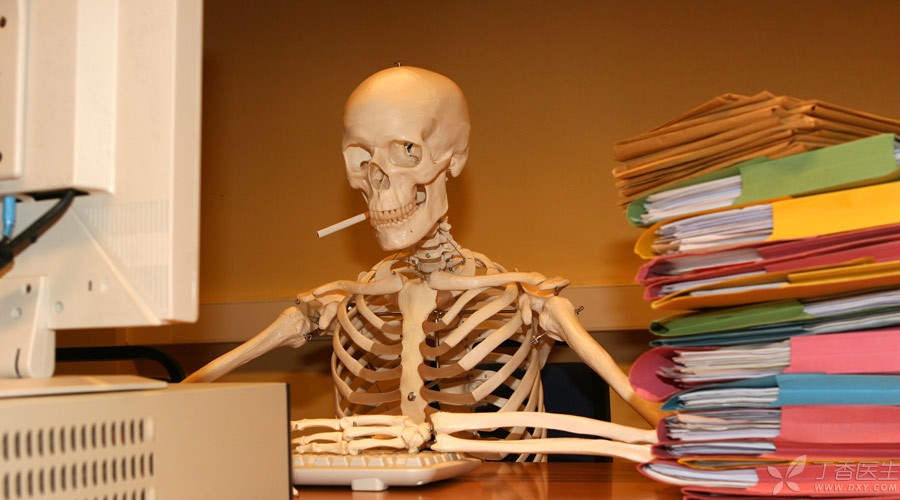 Many friends said that they had seen through Dr. Clove’s routine for a long time. If there is a question mark in the title, it must be rumors.

Yes, this is another old rumor that has persisted for a long time.

I still remember when it first started out, Yao and Mai were still galloping around the Rockets, Liu Xiang had not run 12.88 seconds, and the house price in Shanghai was less than 10,000 yuan…

It’s really painful to look back on the past. Wipe away tears for a while. Doctor Clove will tell you the truth.

The old rumor was so widespread that the official media couldn’t help refuting it:

[600,000] This statement is actually an estimate of the number of sudden cardiac death in China every year in medical research at that time. However, in the process of dissemination, some Korean media mistakenly translated [sudden death] into [karoshi] and published an article entitled “tired China, overtime spreading, 600,000 karoshi every year”.

In fact, the government has not released relevant statistics on karoshi.

In addition, sudden death is not only cardiac. A study by Sun Yat-sen University shows that the top five causes of sudden death are cardiovascular diseases, trauma, respiratory diseases, neurological diseases and traffic accidents.

Even if the folkway, the distribution proportion of old drivers and the smog mellow index vary from city to city, the above ranking will definitely fluctuate slightly, but on the whole they are undoubtedly the “Big Five Sudden Death”. If roughly estimated, the proportion of sudden cardiac death is about 50%.

We can probably judge:

In fact, more than 1 million people may die suddenly every year in China, which means that 2 people suddenly leave the world every minute.

Karoshi is a form of sudden death

However, karoshi is not so much a medical concept as a legal concept.

Karoshi originated in Japan in the 1970s. It is very similar to China now. Japan’s economy developed at a high speed, the market competition was fierce, the pressure of labor and competition increased sharply, and many cases of death due to overwork occurred.

Therefore, the media took the lead in proposing the concept of [Karoshi)].

At present, there is no unified definition of this in the world. China’s leading legal figure and caring professor of Renmin University Law School who participated in drafting the labor law once defined this as:

Unfortunately, karoshi has not yet been written into China’s Labor Law.

Who is prone to karoshi?

Japan has perfect laws in this respect and gives us many ready-made answers.

In 2001, Japan’s Ministry of Health, Labor and Welfare revised and issued the “Standards for the Identification of Cerebrovascular Diseases and Deficient Heart Diseases (Except those Caused by Injuries)”, which defined karoshi in detail.

Irregular work; Work that is restricted for too long a time; Too much work on business trips; Shift duty and late-night work; There are factors such as high humidity, strong noise and time difference in the working environment. Indicate the work that needs to be accompanied by mental stress (psychological stress).

How to prevent karoshi?

Japan’s laws also give detailed measures. In the newly revised edition of “Comprehensive Countermeasures to Prevent Health Damage Caused by Overwork” in 2006, it is proposed that:

The policy stipulates that enterprises should strictly abide by the provisions of Article 36 of the Labor Standards Law, control overtime hours and strive to control monthly overtime hours within 45 hours.

2. Promote the implementation of the paid annual leave system.

3. Carry out health management for workers.

Enterprises must ensure that workers have regular health checks once a year, and workers who often work late at night must also have health checks for specific business practitioners every 6 months. If problems are found, they should follow the doctor’s health care guidance and suggestions and take effective measures in time.

Don’t think that being in good health is foolproof.

Professor Guo Jihong from the Department of Cardiology of Peking University People’s Hospital commented on the prevention and treatment of sudden cardiac death in China:

Another 1/3 of the patients with sudden death had undergone medical treatment before their death, and certain abnormalities were also detected, but they were only low-risk or medium-risk patients.

Another 1/3 of the patients with sudden death had no discomfort before their death and never went to see a doctor. Sudden death was an emergency.

The results of this study fully demonstrate that the current medical understanding of sudden cardiac death is still very superficial in both theory and practice.

All we can do is to protect ourselves as much as possible. Even if we [unfortunately] live in an ultra-high-intensity working environment, we should try our best to seize every minute of rest time.

The three wishes of life are nothing more than eating, sleeping and laughing.