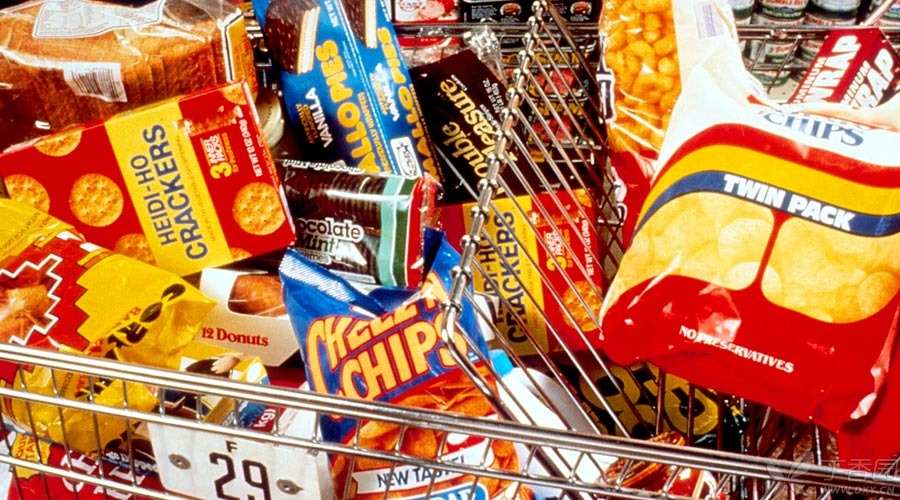 Some days ago, it was reported that the oncology department of Chengdu First People’s Hospital admitted a cancer patient who was only 5 years old. According to her mother, the child was in good health at ordinary times and had no family history of liver cancer. She just loved snacks and liked instant noodles, ham sausage and cola from an early age. After receiving treatment in the hospital for half a year, the small patient died unfortunately.

After the event, the rumor that “eating snacks will lead to liver cancer” spread among the crowd. In fact, doctors at that time explained in an interview with the media that snacks were not directly related to liver cancer: “There are many factors causing tumor, and the younger the patient, the greater the possibility of developing the disease due to genetic variation.”

Rumors taken out of context have once again pushed food additives to the forefront.

First of all, instant noodles, ham sausage, potato chips and other foods containing various additives were shot. So let’s see if food additives are really so terrible.

Food additive is a compound or natural substance added to food to improve the quality of food such as color, aroma and taste and to meet the needs of preservation and processing technology.

The state stipulates that its addition amount should be within the scope permitted by the regulations, cannot be used as food alone, and must withstand toxicological experiments.

Food additives are safe to use within the dosage range and category range stipulated by the state.

The illegal additives, which have not been tested by animals, are not allowed to be added to food by the state. The notorious Sudan red and melamine are not food additives at all but illegal additives.

What we are going to discuss today is food additives that conform to national regulations. Illegal additives that are closely related to food safety are not included in the discussion.

Instant noodles are poisonous all over?

Instant noodles contain a variety of food additives, among which the common ones are sodium glutamate, caramel color, citric acid, tert-butyl hydroquinone and so on. These strange terms are obviously daunting. High-oil and high-salt seasoning bags, coupled with fried flour cakes, will bring about the problem of high salt, high fat and imbalance of nutrients in the diet, which is really not healthy enough.

PE is polyethylene, Non-toxic and harmless, good chemical stability, capable of most acid and alkali corrosion, is the production material of most food packaging and water cups. Unless microwave heating, combustion heating and other methods are adopted, PE is not easy to dissolve in water. Even if there is extremely small amount of PE dissolved in water, people will directly discharge out of the body along with stool after eating, which will not cause harm to human health.

Now people’s view of healthy food is [pure natural and pollution-free], so preservatives have become the target of attack.

However, almost all foods contain preservatives more or less.

Preservatives are contained in ham sausage, candied fruit, jelly and biscuits. The most common substances are potassium sorbate, sodium nitrite and sodium benzoate. These substances can effectively inhibit the activities of mold, yeast and aerobic bacteria, and can also prevent the growth and reproduction of harmful microorganisms such as botulinum, staphylococcus and salmonella, thus effectively prolonging the storage time of food and maintaining the original flavor of food.

Among them, potassium sorbate can be absorbed by the metabolic system of the human body and rapidly decomposed into carbon dioxide and water without residue in the body. Sodium nitrite may produce carcinogen nitrosamine in the body, but it will not directly poison the body within the allowable dose range.

Rumor has it that excessive preservatives can cause cancer and sensitization. In fact, food additives are controlled by the state dosage and are safe to use within the allowable dosage range. However, the content of nitrite produced by some bacteria in leftovers and pickles, and benzopyrene produced during barbecue and smoking is not controlled in food, which is more frightening than food additives.

Milk tea is listed as one of the [toxic substances], largely because it contains a substance called [sodium hexametaphosphate].

There is no denying that sodium hexametaphosphate will contain trace amounts of heavy metals such as lead and fluoride. If taken for a long time, it will indeed cause chronic poisoning mainly caused by skin depigmentation, coloring, keratosis and canceration. It may also cause skeletal fluorosis, reduce calcium in bones, and lead to osteosclerosis and osteoporosis.

However, these hazards are only possible under the condition of long-term exposure.

Potato chips contain additives that are forbidden to be used in infant food and cannot be eaten?

Rumor has it that potato chips may contain additives including sodium glutamate and disodium 5 ‘-guanylate, both of which are prohibited from appearing in infant foods.

After administration of 5 ‘-nucleotide disodium in adults, In 1993, when the FAO/WHO Joint Expert Committee on Food Additives re-evaluated, it was suggested that it had no carcinogenicity or teratogenicity and could be enzymatically degraded into uric acid in rat intestinal tract and then converted into allantoin, with 70% ~ 80% excreted in urine 24 hours later.

However, potato chips, as a high-calorie fried food, are really not healthy and nutritious. Infants’ digestive system is not perfect, and the use of additives should be more cautious. Feeding potato chips to infants is unhealthy.

Does chewing gum contain too much sorbitol cause diarrhea?

Sorbitol is prepared by reducing glucose and widely distributed in pears, peaches and apples with a content of about 1% ~ 2%. Its sweetness is equivalent to glucose, but it can give people a strong feeling, is slowly absorbed and utilized in the body, and its blood sugar value does not increase.

In Japan, sorbitol is one of the earliest sugar alcohols allowed to be used as food additives. It is used to improve the moisture retention of food, or as a thickener, as a sweetener, and is often used to make sugar-free chewing gum.

If you eat 40 g sorbitol every day, there will be no abnormality. However, when it exceeds 50g, it may lead to diarrhea due to its long retention time in the intestine. Therefore, it is inappropriate to simply blame chewing gum for diarrhea because eating too much and eating too much sweet potatoes should also cause flatulence.

[Snacks] are always [snacks], not staple food and do not dominate. Even if it contains a variety of food additives, as long as you can control your mouth and don’t overdo it, it is not terrible.

From the perspective of healthy diet, it is better to balance diet and nutrition than not to eat this or that, so as to prevent diseases.

Here are the ten principles of dietary guidelines for Chinese residents:

1. The food is diverse, with cereals as the main food and thickness matching.

3. Eat milk, soybeans or their products every day

5. Reduce the amount of cooking oil and eat a light and salt-free diet.

6. Don’t eat too much, exercise every day and keep a healthy weight.

7. The distribution of three meals should be reasonable and snacks should be appropriate.

9. Drinking should be limited