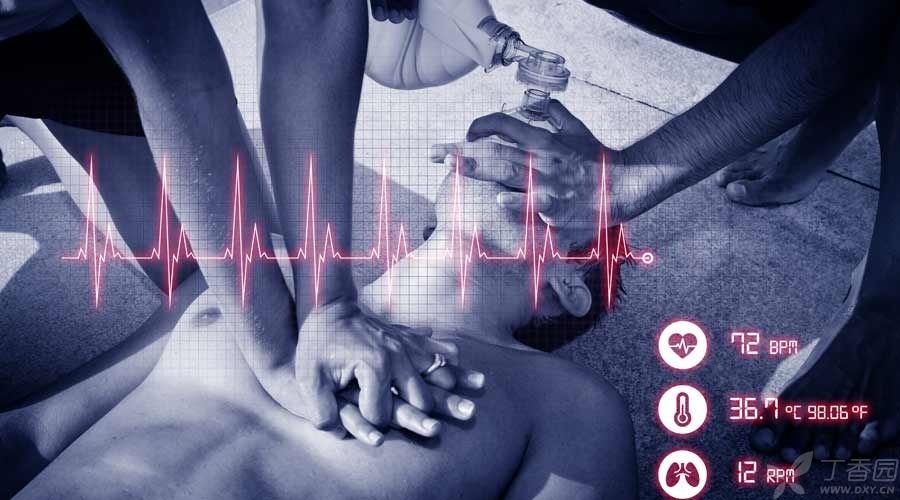 [These days, Some doctors, friends and parents in my WeChat circle of friends, Everyone is talking about a child named “Zaiyi”. Liu, who works in Ningbo Hospital of Traditional Chinese Medicine, said that Zaiyi’s mother was his high school classmate, and he knew the family. [There was a heated discussion in our doctor’s circle about the way parents handled the drowning of their children at that time.] [The parents of the children did not control the water correctly at that time, but many people did so.] [A very new view is that drowning people do not need to control the water, but do cardiopulmonary resuscitation directly.]

Mr. Liu said, At that time, the couple’s first thought was to drain the water for the child. The father tried to shake the water with the child on his head at 60 degrees. But there is no obvious effect. Dad immediately carried the child head down on his shoulder, ran five flights of stairs, drove 8 minutes to the nearest hospital, and then transferred to Hunan Children’s Hospital ICU, Xiangya Hospital. Due to long-term hypoxia, drowning and suffocation, resulting in pulmonary edema and brain edema of the child.

The parents’ back-to-back rescue details of their children have aroused many discussions. Some people pointed out that this method is inappropriate. It is a widely spread misconception that drowning people [hanging upside down to control water].

No matter what kind of water control method, it is wrong! Error 1: Zong Jianping, Chairman of Ningbo Emergency Branch and Director of Emergency Department of Ningbo First Hospital:

(Wrong Way 1:) The posture of parents carrying their children upside down is actually not conducive to discharging water from their children’s trachea. A few years ago, there was a very classic drowning rescue photo on the Internet. It was a drowning child who was carried upside down by an adult with his face outward and the adult running. This method is actually not correct (the reporter verified that the child was not saved in the end). 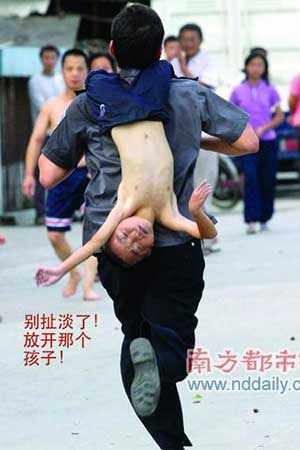 (Wrong Way 2:) The rescuer half kneels and holds the drowned person’s abdomen, allowing the drowned person to face down and pat his back. After the water and silt in the trachea are discharged, artificial respiration and chest compressions are carried out. The water control method is suitable for the drowned person who is still conscious and has a heartbeat, and the time should be within 3 minutes.

[Nighthawk Comments]: No matter what kind of water control method is, it is wrong. For drowning cardiac arrest, water control delays first aid time; For those who have conscious heartbeat, water control is not beneficial and harmful, and is easy to suck or damage by mistake.

“Nighthawk Review”: < < 2010 American Heart Association Guidelines for Cardiopulmonary Resuscitation and Cardiovascular First Aid > > clearly points out that there is no evidence that water will block the airway and water control is not needed. Drowning cardiac arrest is hypoxic cardiac arrest. Cardiopulmonary resuscitation should include artificial respiration and chest compressions.

Paragraph [12.11 Drowning] of the 2010 guidelines refers to the following:

The airway and respiratory management of drowned people, As is recommended for any other cardiac and pulmonary arrest. There is no need to remove water from the inhaled airway. This is because most drowned people inhale only moderate amounts of water, And the inhaled water is quickly absorbed into the blood circulation, Therefore, water will not become an airway obstruction. Some patients do not inhale anything at all. It may be that they have developed laryngeal spasm or breathing-holding. Any attempt to remove water from the airway other than suction (such as abdominal impact or Heimlich manipulation) is unnecessary and may be potentially dangerous. 477 Routine abdominal impact or Heimlich manipulation (Class III, LOE C) is not recommended for drowned people.

(misconception: ) After the child drowned, Calling out to the children, (error point 1, Ignore breathing) If the cry does not answer, The child should be laid flat immediately. Immediately perform cardiac compressions (chest compressions), Please call 120. The prime time for cardiopulmonary resuscitation is only 4-6 minutes. Once the respiratory circulation stops, the assurance of successful rescue will drop by 7%-10% for every 1 minute delay. If the number of rescuers is large, (wrong point 2, rescue sequence) one person should perform chest compressions, while the other person should turn the child’s head to one side, lean back, carry out artificial respiration and open the airway.

[Nighthawk Review]: After being rescued from drowning, cardiopulmonary resuscitation shall be carried out only for those who do not respond to the call and do not breathe. The resuscitation sequence is A-B-C, and the sequence of airway opening-artificial respiration-chest compressions. The [12.11 Drowning] part of the 2010 guidelines is quoted as follows:

The most important and harmful consequence of drowning is hypoxemia. Therefore, Oxygenation, ventilation support and reperfusion should be restored as soon as possible. This requires eyewitnesses to perform CPR and activate EMS system immediately. Considering that the cause of cardiac arrest in drowned people is hypoxemia, The traditional CPR use sequence is A-B-C. In the 2010 AHA CPR and ECC guidelines, CPR is now changed to the C-A-B sequence starting with chest compressions, but the guidelines still recommend individualized sequence adjustment according to the cause of cardiac arrest. Drowning people with respiratory arrest usually need only airway support to resuscitate.

(misconception: ) There are two main purposes for chest compressions. First, Drowning is likely to cause cardiac arrest, First-time chest compressions can restore the patient’s cardiovascular circulation system to the greatest extent. On the other hand, for non-professional rescuers, chest compressions are the simplest and easiest rescue method. Many rescuers do not understand artificial respiration, so simply perform chest compressions until the emergency personnel arrive. (Note: This method is not applicable to newborns)