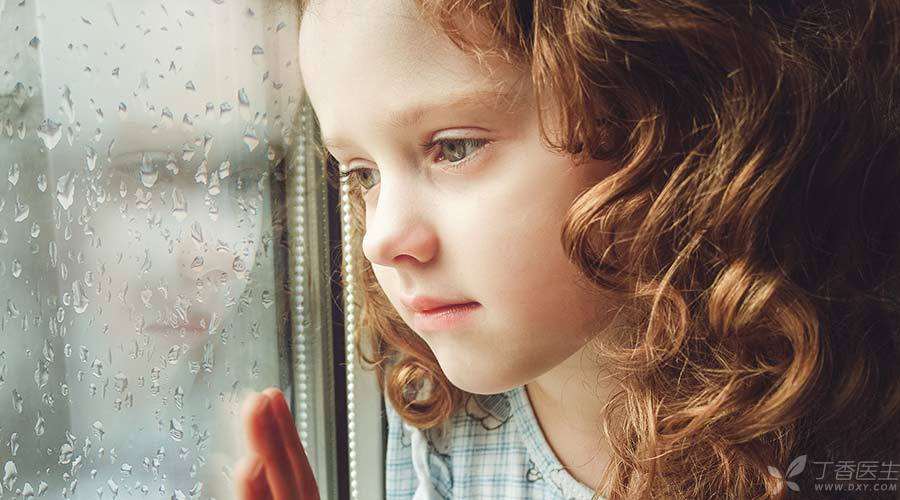 Editor’s Note: After the Lanjunjing incident, the vaccine once again entered the public’s view, and the same is still a negative case. After the incident, we had close communication with CDC experts and tried to restore the whole truth of the matter, but unfortunately, we found far more questions than we got answers.

But for the public, the most important thing is [what to do next]. Next, clove mother will talk about what to do.

Yesterday, a piece of news about vaccines bombed the circle of friends, and many people forwarded a news report entitled “Hundreds of millions of yuan of vaccines have not been refrigerated and flowed into 18 provinces: or affect human lives, Shandong Guangfa investigation letter”.

What is even more frightening than the title is the content of the news: a Ponzi mother and daughter in Jinan, Shandong Province have illegally operated 25 kinds of Class II vaccines for children and adults since 2010, which have been sold to 18 provinces and cities across the country without strict cold chain storage and transportation, involving 570 million yuan.

Vaccines, as a special drug, have strict requirements for production, transportation and use. Any problem in any link may lead to unpredictable results. This is tantamount to killing Ponzi mother and daughter in the transportation link.

Ponzi mother and daughter’s vaccine may have what problems?

As is known to all, Vaccines are developed by stimulating the body’s immune system, To produce antibodies to protect human health. The core key of any vaccine is its antigenic part. In order to ensure the biological activity of the antigen, Most vaccines should be stored in a constant temperature environment of 2 ~ 8 ℃. Whether it is high temperature or freezing, or even long-term illumination, it may affect the efficacy of the vaccine or even lead to inactivation of the vaccine.

Judging from the news reports, The warehouse where Ponzi mother and daughter store vaccines obviously does not have such strict temperature control conditions, Moreover, the way of transporting vaccines is extremely primitive, [ice cubes are put into foam boxes and sent to all parts of the country through express delivery companies after the packages are wrapped], which may not only freeze the vaccines, but also the water after the ice cubes melt may soak the packaging of vaccines, inducing secondary pollution. 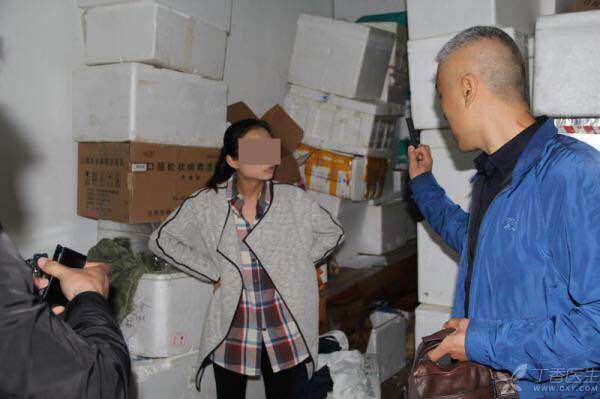 The photo shows the scene of the capture of Pang’s daughter Sun. Behind Sun is a carton of oral rotavirus vaccine. This kind of random stacking not only cannot guarantee safety, but also may attract mosquitoes, flies and rats, seriously affecting the quality of the vaccine.

What should parents do in the face of problematic vaccines?

First of all, what parents should do is not panic.

Although the news has only recently attracted social attention, the investigation of this case was completed last year, and the people involved were either examined and prosecuted or taken criminal coercive measures. According to the calculation of the vaccine validity period prompted by the news, even if the vaccine involved has not been recycled and destroyed, most of them should have passed the validity date and been forced to scrap.

2. Secondly, do those who have been vaccinated with Class II vaccines need to detect antibodies now? Then judge whether replanting is needed according to the results?

Indeed, the biggest risk of vaccines for these problems is that they may fail, resulting in failure to prevent corresponding diseases.

For example, vaccines such as influenza and oral rotavirus should be vaccinated once a year without being too nervous, as long as they are vaccinated on time this year.

Even for rabies vaccines, Most people don’t have to worry, The cases cited in the original news were caused by fake vaccines. Not the vaccine in this case. Besides, Most human rabies vaccines are freeze-dried, The tolerance to temperature is stronger than that of common vaccines. Some studies suggest that the immunity of freeze-dried vaccines is still in a relatively high range after being stored at 25 ℃ for one month. Moreover, the average incubation period of rabies is about 1-2 months, and so far there have been no reports of rabies cases caused by injection of vaccines involved.

3. Many parents will think, why don’t you test the antibody? If the concentration is not enough, then vaccinate again?

But in fact, don’t be too nervous about whether there are antibodies in children’s bodies. First, due to the existence of individual differences, the antibody gap between different individuals may be very large, and it is impossible to judge whether the antibodies are sufficient to deal with possible diseases. Secondly, most hospital diseases do not have detection services for vaccine antibodies, so it is likely that antibodies cannot be detected.

There is also the worry that these vaccines may have adverse reactions, but in fact, the common adverse reactions of vaccines mostly occur within 24-48 hours after vaccination, and the possibility of recurrence in the later period is very small.

Do you want to continue to be vaccinated with these two types of vaccines? How to vaccinate worry also rest assured?

In the event of such a thing, the relevant departments will definitely start a thorough investigation to rectify the vaccination sites for problematic vaccines in the relevant provinces and cities. 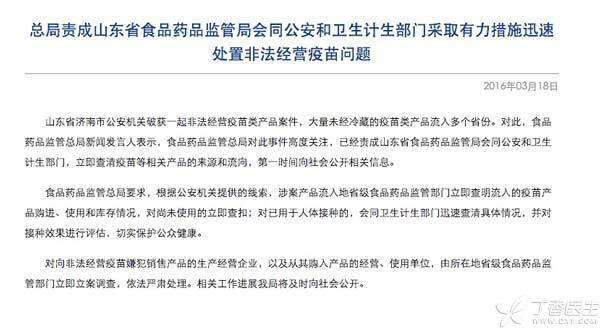 Therefore, for parents who have doubts, you can directly choose an institution that you can rest assured for replanting, or you can wait for the vaccination. After the case is further clarified, you can decide whether to replant the corresponding vaccine by comparing the vaccination points found out and the vaccination history of the children.

4. Can Class II vaccines be vaccinated at one’s own expense?

If parents are not at ease, then wait. The delay in this time will not generally affect the effect of vaccines. It is better to wait until things become clearer and try to avoid those problematic vaccines.

Another is to choose an epidemic prevention organization that you think is reliable, such as the epidemic prevention center in first-tier cities where vaccine management has been relatively strict, and basically do not have to worry about problematic vaccines.

Why can problematic vaccines enter the market?

According to news reports, The vaccines sold by Ponzi mother and daughter belong to the second category of vaccines. According to state regulations, There are two types of vaccines in our country, The first type of vaccine is what we usually call free vaccine. All provinces and cities will purchase and transport the goods in a unified way. Unrelated units or individuals cannot handle it. The second type of vaccine is a fee-based vaccine. The management is looser than that of the first type of vaccine. Vaccination sites can be purchased from vaccine production enterprises, wholesale enterprises and county-level disease prevention and control institutions. In addition, vaccine wholesale enterprises can also resell the second type of vaccine to each other, which is the loophole exploited by Ponzi mother and daughter.

In fact, the state regulates vaccines far more than ordinary drugs. Any vaccine must be tested in batches from the beginning of production. layer-by-layer inspection, Only after passing the inspection can they be put on the market. Before the vaccine enters the vaccination site, Vaccines should be checked and accepted on the spot at vaccination sites. Vaccines sent by enterprises with unqualified temperature control records and no transportation and wholesale qualifications cannot enter vaccination sites. Moreover, the local Food and Drug Administration Department is also responsible for supervising and inspecting the quality of vaccines in storage, transportation, supply, sale, distribution and use.

However, it is obvious that in this case, all the supervision mechanisms have failed. Why can vaccines for these problems go through the checks of the personnel of the pharmaceutical companies, disease control departments and vaccination units involved? Why can vaccines with these problems bypass the supervision of drug supervision and administration departments and flow into so many provinces? Why can a criminal who is serving a sentence (even if it is only suspended) return to his old job with great fanfare and illegally sell vaccines for as long as five years?

The answers to these questions can only be expected to give clearer answers in the following surveys.

With the promotion of immunization deeply rooted in the hearts of the people, Parents are increasingly positive about the role of the second type of vaccine, However, from the Lanjunjing incident to the Shandong vaccine incident, However, the second type of vaccine has repeatedly become a hot topic, leaving parents in a dilemma of [thinking but not daring to plant]. It is of course important to require parents to learn popular science and identify rumors, but we hope that the regulatory authorities can make up for these loopholes and do not give criminals the opportunity to commit crimes.

In short, the most important thing for the public, especially parents, is not to panic. No matter from any angle, vaccines are one of the best ways to prevent diseases. After all, the sun is still rising and life will continue.