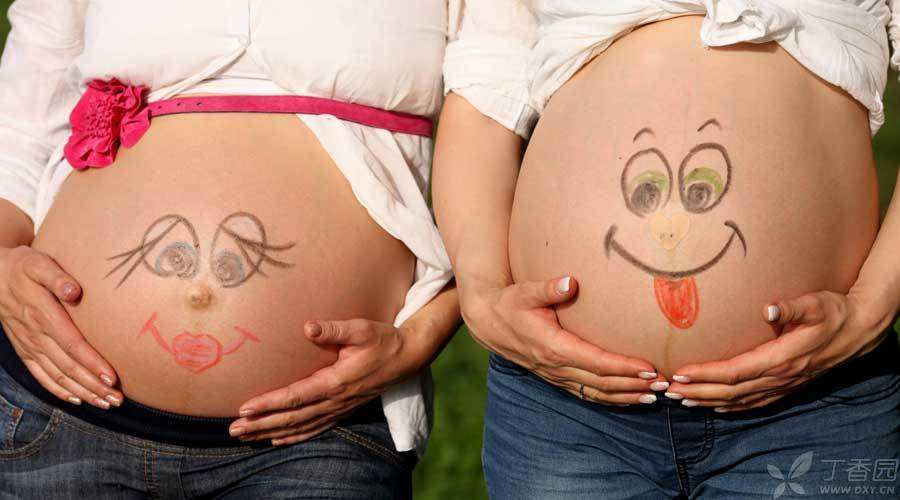 Last time we said that Miss Zhou was pregnant unexpectedly and was worried that flying and drinking on business would be harmful to the baby’s health. Finally, Dr. Tian persuaded her properly.

Then the question arises. As a doctor’s family member who is of childbearing age, has a [sweet and greasy] relationship with husband and wife and has not used contraception, how can Miss Zhou not even realize her pregnancy? Don’t you have so little confidence in yourself and Dr. Hotan?

Even the pregnancy test paper will fail?

In fact, I used a test paper before traveling in the month when I was pregnant. It was the 21st day of my menstrual cycle. Considering the possibility of flying, drinking, going to sea, coffee, etc. during the business trip, I took a morning urine test for two consecutive days based on the principle of caution. After getting the result of [a bar] twice, I clapped my thigh, pulled my luggage safely and boarded the plane.

How did Miss Zhou finally find herself pregnant?

I can only use this word to describe it. I clearly remember, There was an important interview that afternoon, At noon, I went to the bathroom before going out. I don’t know why, I looked up and found a bag of pregnancy test paper on the shelf beside the toilet. Yes, it lay there every day, so that it was already covered with dust, but only at noon, the pink package was so conspicuous and accurately fell into the girl’s [eye].

You know, the early pregnancy test with test paper usually requires morning urine in the morning. The noon test was completely carried out in a state of mind [there is still one bag left anyway, and everything is used up]. Therefore, when I accidentally caught a glimpse of the two bars, I was really shocked. Test again, or two bars. Only then can I be sure-I am really pregnant.

That day was the 37th day of the menstrual cycle.

Dr. Tian once popularized to me that if women with regular menstruation are preparing for pregnancy, they should be alert to whether they are pregnant even if their menstruation is only one day overdue.

But why hasn’t Miss Zhou found pregnancy after nearly 10 days of menorrhagia?

Obviously, Miss Zhou also knew that her [big aunt] was unreliable, so she asked for pregnancy test paper to help. This small piece of paper, which costs a few yuan a small bag and can solve the problem in the bathroom, is definitely the best choice for modern women to have a pregnancy test.

The question is, is pregnancy test paper not allowed?

On the 21st day of the menstrual cycle, a bar was not detected.

On the 37th day of the menstrual cycle, two bars were pregnant.

It seems that test paper cannot be found as soon as you are pregnant. What about the test paper that usually starts to work from what? 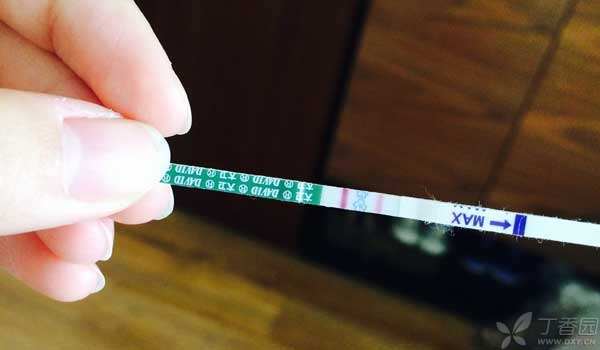 How can pregnancy be detected at the earliest?

In a hurry and desperation, Dr. Tian had to move reinforcements to Dr. Gao Hui, deputy chief physician of Obstetrics and Gynecology Department of Beijing Tiantan Hospital.

After pregnancy, the blood contains a hormone called hCG, When it reaches a certain level, Urine will also contain a certain amount of hCG, then the test paper will show positive reaction. However, the positive reaction of hCG in urine is much later than blood. Generally, hCG can only be detected in urine after 35 days of menopause, and there are also individuals who can be detected in 31 days of menopause, but your first test is only in the 21 days of the menstrual cycle, so, of course, it cannot be detected!

It seems that if you want to use test paper, you cannot be too impatient. You have to wait not only for one month after menopause, but also for several consecutive days and several more tests.

So, is there a faster and earlier way?

Of course, blood tests will do. Generally, blood hCG can be detected within 15 days of menopause to know whether you are pregnant.

In theory, if the girl went to the hospital for a blood test before the business trip, she would not be pregnant without knowing it.

How about an early blood test?

Is it better for pregnant girls to have blood tests as soon as possible?

Although hCG will become the earliest messenger, up to 25% of fertilized eggs will [lose] during implantation, a process called [biochemical pregnancy].

Therefore, it is not necessary to do blood HCG examination too early to avoid wasting mood.

Are these manifestations early pregnancy reactions?

Friends sent congratulatory messages after learning that Miss Zhou was pregnant. However, there were also a lot of [ridicule] from office colleagues. Because when I didn’t know I was pregnant, I once made such jokes:

During the lunch break, Miss Zhou slept on the sofa and did not wake up until 2 o’clock when she went to work. After being woken up, she dozed off frequently at work in the afternoon.

A woman: Are you pregnant and sleepy?

Miss Zhou: Have you always stayed up late to write articles recently?

A woman B: No, you have been like this for many days in a row. You must be pregnant, right?

Miss Zhou: Do you know that what is science? (I thought I had already tested it with test paper) Science tells you that I can’t be pregnant!

In the early days of pregnancy, I had only two obvious changes:

Addicted to meat that few days especially want to eat Dr. Tian’s rinse meat at the gate of their hospital. Before, I saw the restaurant queuing up, always turning my head and leaving Miss Zhou. On a hot day, I was willing to queue up for more than one hour. I also held the mutton that I was not very interested in before and ate it in plates. Can I not be fat if I eat it slightly? However, I firmly believe that [one fat destroys three views], and I eat everything, but I insist on running for more than 40 minutes every day to control my weight. At that time, my little Oda must be thinking in my stomach [this unreliable mother, why do you want to make me live such a turbulent life every day? ]

In the TV series, when the owners are pregnant, they are not all sick, vomiting and sleepy. They also like to eat sour food and hate greasy food. However, Miss Zhou did not conform to the rule except that she was sleepy. In this way, the TV series is indeed unreliable.

TV plays are not unreliable either. Common digestive tract symptoms such as nausea and vomiting, that is, [morning sickness], usually do not appear until 6-12 weeks after menopause, when many expectant mothers already know that they are pregnant.

However, the real early pregnancy reaction that occurs at an extremely early stage is often very different from individuals, so it is easy to be ignored. For example:

Suddenly a keen sense of smell; People who never get carsick suddenly get carsick. Influenza-like symptoms, such as dizziness, general discomfort, fatigue, aversion to cold, etc.; Spitting unconsciously; No matter how feels sleepy when he takes up sleep, or he can’t sleep anyway… … …

Generally speaking, it is all kinds of signs of weakness. Anyway, I seldom see expectant mothers who are radiant in early pregnancy.

What needs to be reminded is that if you are preparing for pregnancy and the above symptoms occur again, you should take a blood test as soon as possible to see if you are pregnant, instead of taking medicine indiscriminately on your own initiative, causing regret.

To make sure you are pregnant, one test paper is enough?

Wait! Can you be sure of pregnancy with only one test paper? No need to add any more tests?

In fact, after the blood test confirmed pregnancy, Miss Zhou also made a B-ultrasound. Because the B-ultrasound results combined with hCG values can judge the pregnancy position and find ectopic pregnancy and other [dangerous situations] as soon as possible.

So, is this B-ultrasound done as early as possible?

If there is abnormal pregnancy in the past and you are worried about ectopic pregnancy, you can do it as soon as possible. However, young mothers-to-be who have no basic diseases and are naturally conceived can wait until 42 days after menopause to do so. At this time, not only can the pregnancy position be determined, but also the fetal heart and bud can usually be seen to determine that the fetus has survived. In this way, two B-ultrasound will be combined into one, and there is no need to do more trouble.

[Girl, look! Dr. Tian discovered the New World. [This table is your basic body temperature, right? It has been high temperature all the time. Isn’t this pregnancy? You didn’t find it? ]

Yes! In fact, in addition to the above-mentioned method, the basic body temperature continues to be in high temperature phase is also a method to detect early pregnancy, and every expectant mother can easily complete it at home, with obvious effect. Miss Zhou actually forgot to observe and record the results well. Well, then wait until the next time, specifically tell everyone this clever move!