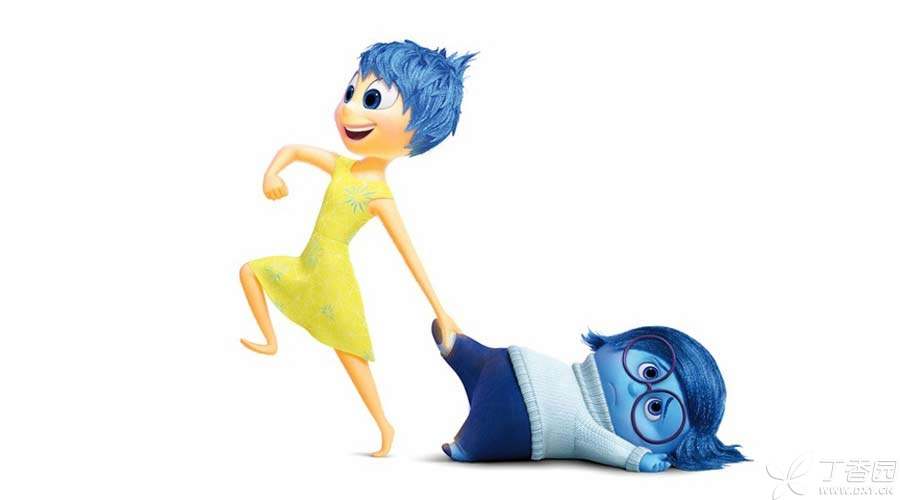 The film Inside Out covers a lot of core knowledge in cognitive psychology and developmental psychology, and can be described as an excellent work combining education with fun.

I am sure that you don’t need to watch my long list of wordy things below and will fall in love with this movie deeply, because watching the movie itself is a kind of enjoyment and doesn’t need rules and regulations [background knowledge].

However, if you want to know a little psychological knowledge after watching the movie and read this article, you will better understand the little mystery hidden in the movie.

In the film, the age stage of the little protagonist is a milestone in developmental psychology.

On the one hand, puberty is coming, and the individual’s physiology and psychology will undergo some relatively large changes, which paves the way for the next nirvana and rebirth of each personality island.

Adolescence is indeed an important stage in the development of individual personality. The domineering [adolescent system-wide upgrade] at the end of the movie is also a very vivid expression.

However, it is generally believed that there is no specific brain region in the brain that is necessarily related to specific personality characteristics, that is to say, the [personality island] model does not really exist.

On the other hand, according to Piaget’s four-stage theory of development, around 12 years old is an important period for individuals to develop logical thinking, which means that they have certain abstract thinking ability, which is also counted as a foreshadowing for Lele in the film to become geometric figures for a time.

Which part of the brain are emotional kids?

It is generally believed that the emotional center in the human brain is some neural circuits centered on a structure called [amygdala].

However, a structure called [hippocampus] and its surrounding brain regions are mainly responsible for storing long-term memory.

The area where long-term memory is stored in the film, that is, the place where colorful memory balls are stored, is presented as a maze in the shape of gyrus and sulcus. 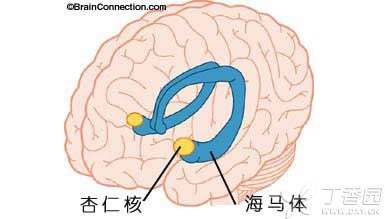 Why are there five emotional villains?

Ekman, a contemporary psychologist, believes that human beings have six basic emotions, namely, the five emotions of happiness, worry, fear, disgust and anger in this movie plus [surprise]. It is said that the part of [stunned] was finally robbed by [fear].

However, different theories and cultures have different types of [basic emotions].

A large number of articles have appeared on the Internet to analyze the shapes and colors of various emotional villains. Here I just want to talk about the disgusting green.

In terms of annoying food, Pixar has seriously considered the potential cultural differences. Most children in the United States really don’t like broccoli, and green peppers are also one of the [public enemies] of Japanese children.

Pixar intentionally maintained the same color, probably in order to make a [classic conditioned reflex] foreshadowing for the aversion to green.

“Classic conditioned reflex” is one of the important instincts that many species, including humans, have survived, When you associate toxic/harmful subjective thoughts with the taste/somatosensory of certain foods, you will quickly remember the relevant characteristics of the food (such as green) and even [generalize] to other similar foods (such as all [green] vegetables), thus preventing you from having unpleasant experiences again next time.

This is also the principle of using [aversion therapy] in psychotherapy to force changes in some behaviors.

Why did Lele give up the console to worry?

I believe that after watching the movie, everyone must be quite impressed by the worry of sticking out one foot and letting others drag it away.

She is not only in the late stage of [lazy cancer], but also full of negative energy off the charts ([negative energy] is called [negative automatic thinking]), and she always intentionally or unintentionally infects negative emotions to others. For example, if she touches the memory ball, she will become very sad.

Here we have to mention [depression].

In fact, sadness is normal, but [depression] refers not to the kind of feeling that most of us usually experience, but to a kind of emotional blank experience. Not only is there no happiness, but there is actually no sadness. What remains is anger, hatred, confusion, helplessness, and even some unusual extreme thoughts.

During the adventure, Lele found that keeping happy did not help Riley solve the problems in her life. The psychiatrist would say that the most [normal] emotional state should be calm with a little sadness.

Why do we have [negative emotions]?

On the premise of [using advance and discard retreat], we assume that human evolution (including emotions) is to play a positive role in human beings themselves, so is it perfect [ultimate evolution] without any negative emotions?

There have been many studies on the positive effects of negative emotions, and it is easy for everyone to realize the feeling of [crying will be better] in daily life.

More interestingly, Some studies on facial expressions point out that Expressions like disgust and fear, It may not be for communication purposes. For example, research has found that When a person makes an expression of disgust, The nasal cavity compresses the exhaled gas, Some people also stick out their tongues symbolically, Vomiting and so on (although there are not necessarily stimuli that make them involuntarily produce these physiological reactions at present) may all be related to reducing the intake of toxic and harmful substances and are a legacy of evolution. Emotions such as fear help us quickly detect dangers in our surroundings and enter a state of stress, thus helping us to save our lives.

Is it what who made such a powerful movie?

Finally, I have to mention the producer of this film.

It has been verified from the wiki that there are indeed profound psychologists among the producers. The more famous one is Dacher Keltner, who was a former blogger of Paul Ekman, who is the prototype of the main character of the American TV series “Don’t Lie to Me”. The micro-expression theory in the play is deeply rooted in the hearts of the people.

However, Ekman’s real contribution to the academic circle lies in the introduction of the Facial Action Coding System from anatomy. Simply put, it is to explain how human beings use various facial muscles (groups) to express facial expressions.

The pictures in this article are provided by the author.