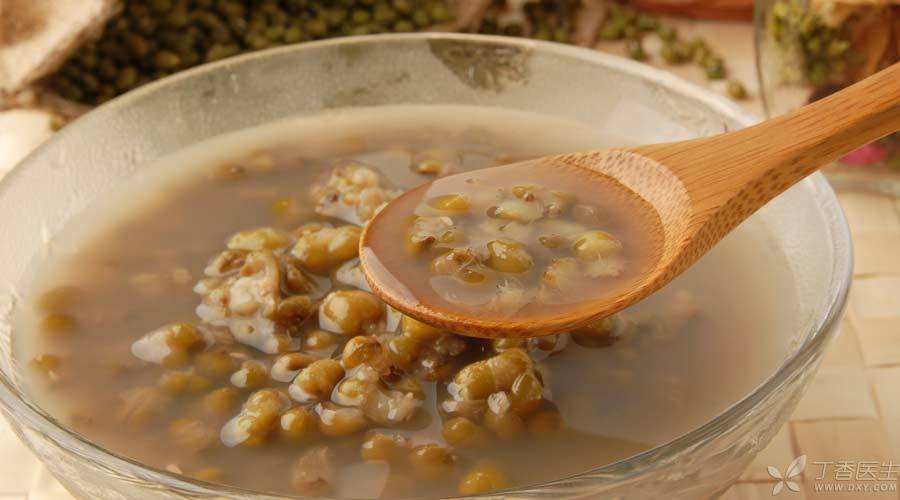 The weather is getting hotter and hotter. Mung bean soup is a popular drink. There are many rumors about mung bean soup. Are these statements true or not?

There is some truth in this statement.

Mung beans are rich in a variety of minerals and vitamins, especially potassium. The content of vitamins B1 and B2 is very high. Mung bean soup is simply a pure natural [vitamin mineral beverage].

Drinking mung bean soup can not only supplement water for the body, but also supplement vitamins and minerals (usually we call salt) lost due to high temperature sweating, thus helping us to adjust the balance of water and salt metabolism, avoid dehydration, dizziness and prevent heatstroke.

Therefore, in hot and sultry weather, the coolest drink to relieve summer heat is definitely not iced sweet drink or ice soda.

There are many articles and reports that people with weak gastrointestinal digestion are not suitable for eating mung beans and mung bean soup. The reason is:

Mung bean contains more protein than chicken. Macromolecular protein needs to be converted into small molecular peptides and amino acids under the action of enzymes to be absorbed by human body. However, people with poor gastrointestinal digestion function are difficult to digest mung bean protein in a short time and are prone to diarrhea due to dyspepsia.

Truth: Don’t worry about mung bean soup, you can eat mung beans in an appropriate amount.

For people with weak gastrointestinal function but no disease symptoms, drinking mung bean soup, eating a small amount of mung beans, or boiling mung beans into soft glutinous porridge, as long as appropriate amount, is OK.

1. Gastrointestinal tract is not good, but need to eat more protein

The protein content in dried raw mung beans is about 21%, which is indeed higher than that in chicken and is relatively high compared with other miscellaneous grains and beans.

For people with weak digestive function, the basic nutritional principles include high energy, high protein, less slag, low fat, etc. That is to say, not only does it not reduce the intake of protein, but it should pay attention to supplement, because the digestion, absorption and utilization are poor, and it is necessary to eat more to avoid the lack of protein nutrition and cause further weakness of the body.

2. Be careful that mung bean dietary fiber is high.

The reason why it is not recommended to eat too many mung beans is mainly because the dietary fiber content of mung beans is relatively high, which is more than 9 times that of rice.

For people with normal digestion, a moderate amount of dietary fiber is good for their health. However, if the gastrointestinal tract is not very good, dietary fiber is more of a [stimulation], which aggravates the stimulation of food to the gastrointestinal tract. Eating too much may cause abdominal pain, diarrhea and may interfere with the absorption of other nutrients.

Therefore, it is usually recommended to give priority to refined white rice flour and eat softer and easier-to-digest foods. Excessive consumption of various coarse grains including mung beans is not recommended.

3. Mung beans are boiled into soup, which is mild and appropriate.

Friends with gastrointestinal problems should mainly drink soup, eat mung beans in an appropriate amount, and pay attention not to drink mung bean soup with low temperature or even after refrigeration, so they need not worry too much.

Is mung bean cold? On an empty stomach, women cannot eat during menstruation?

Foods like mung beans have high protein, high dietary fiber and strong antioxidant activity. After being eaten in large quantities, it is really easy for some people to feel uncomfortable.

The ancients lacked methods to analyze and detect food ingredients. They only relied on experience to sum up and classified all foods with such manifestations as [cold] foods. However, in the slow evolution, there was a saying that [mung bean soup cannot be drunk on an empty stomach] [mung bean soup cannot be drunk during menstruation]. It is true, but it is not true.

Truth: As long as it is moderate, you don’t need to worry about mung bean soup, but you can also eat mung beans.

1. The carbohydrate content of mung beans is not low, which is a good choice for whole grain staple food. On an empty stomach or at breakfast, as long as there is not too much, cooking mung bean soup or mung bean porridge is a good choice.

2. Unless it is a woman who is very uncomfortable and sensitive during her menstrual period, drinking mung bean soup or eating mung beans will not have a great impact.

3. If you are really worried, you can reduce the amount of mung beans and add more red beans. 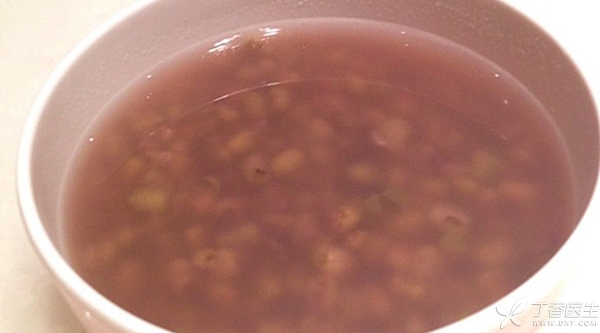 Can mung bean soup be red? Is it fake? Don’t be surprised, this is really there, it is also very common, and it is related to many factors.

1. It is related to polyphenols in mung beans.

Green mung bean soup, mung bean skin and polyphenols in the soup are easy to be oxidized into quinones and continue to polymerize into darker substances, making mung bean soup [red]. Therefore, the greener the color, the lower the degree of oxidation and the stronger the antioxidant capacity.

2. It is related to the water used to boil the soup.

Tap water in many cities is alkaline, and the boiled mung bean soup will be very red. However, mung bean soup cooked with filtered purified water is generally green.

3. It is related to the contact between soup and air.

If a pressure cooker is used, the contact between the soup and the air is less than that of directly cooking with the lid open, and it is easier to keep the bean soup green.

4. Use an iron pan or add honey when cooking soup.