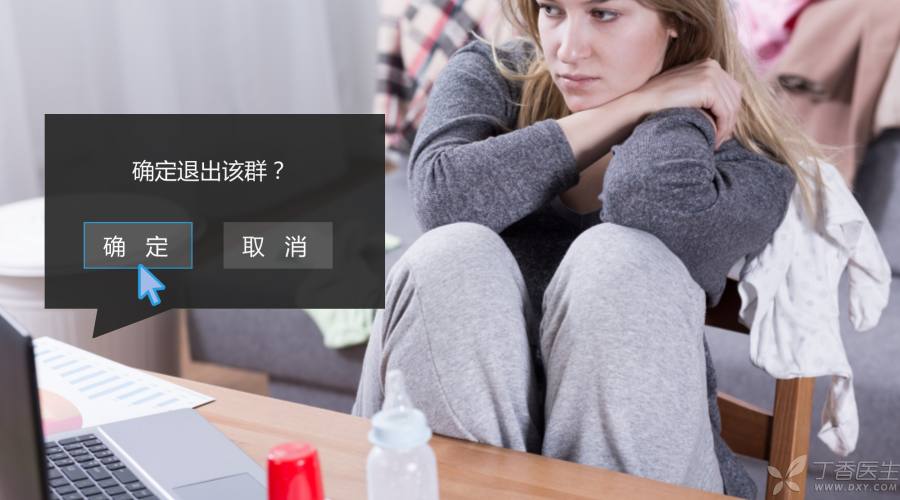 Why did I quit all the moms?

I have been in my early 3 years since I gave birth to my baby. During this period, I joined many groups of mothers, but all ended up quietly withdrawing from the group.

Because I am mean by nature and like to summarize, I plan to classify all the mothers I have met. After classifying, I will understand why I can’t stay in it.

The first category: the second battlefield of the community aunt

B: That’s right. We all give watermelons to our babies after they are heated up.

A mother asked: [My baby was born 20 days ago and has jaundice. The doctor asked him to shine blue light. What should I do? ]

A: The doctor is cheating money. Don’t shine blue light. Just bask in the sun. My baby’s jaundice will return after a few days. You can’t go out before the full moon. Just put the baby on the balcony to bask in the sun.

B: I can’t do it in the sun. I have to eat Yinzhihuang.

C: Don’t breast-feed. Maybe there is something wrong with your milk.

A mother took a photo of her child.

A: Yes? Why don’t you put on socks for the children? Cold comes from the soles of your feet!

B: The baby is too thin. Is breast milk not nutritious enough?

C: Wearing diapers on such a hot day! Sperm quality will not work in the future!

D: The hair is small and yellow. Why don’t you supplement calcium?

All the above letters say bullshit. It feels like walking your children in the neighborhood and being besieged by a group of aunts one by one, making you feel that you are the worst mother in the world.

What is even more unreasonable is that they do not accept scientific ideas at all.

Once I wanted to rescue a besieged mother and said, “Yinzhihuang is laxative that cannot be taken.” This sentence did relieve the mother to some extent, because the object of their siege became me: “Ha ha, why can’t so many babies eat well? ] [My baby is eating Yin Zhi Huang Tui jaundice is not good now? [Chinese people have different constitutions. Foreigners don’t work.]

Well, Boyle often uses three routines-the theory of personal practice, which everyone has said well, and the theory of Chinese people’s special physique, which is complete. 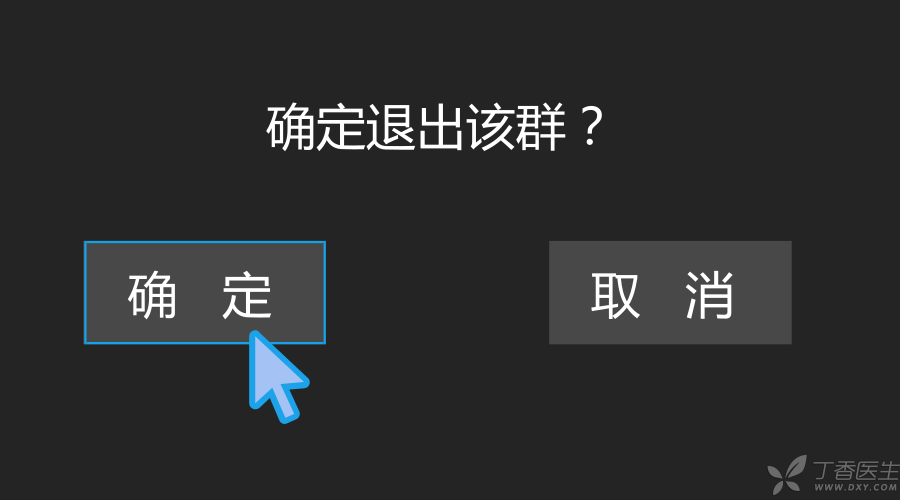 The second category: if you don’t agree with a word, you will shit.

Not to say that everyone is excreting, but to refer to a mentality that is too sensitive to the baby’s health.

Suddenly, a photo of the baby’s excrement was sent and asked: “Let’s see if there is any problem with this excrement.”

For the first time, I endured it. Everyone told her that she was fine and there was no problem.

The next day, another one was sent, saying, “Today’s pull seems to be a little greener than yesterday’s. Is there a problem?” ]

A: [Sneezing is normal. No other symptoms are not colds.]

Q: [Well… what about taking what medicine if you catch a cold? ]

A: [Don’t take medicine casually if you really catch a cold. Pay attention to observation and wait for self-healing.]

Q: [A child in the community can walk for 10 months, but my family can’t stand for 10 months. Is there a problem? ]

A: [Children have different development times, so there are no other abnormalities and there is no need to worry too much.]

Q: [I checked Baidu and said that it might be cerebral palsy if I could not stand. Do you want to go to the hospital? ]

Answer: [Cerebral palsy will have other manifestations. Don’t rush to the hospital.]

Every new mother will have all kinds of trivial anxieties when facing her little baby. Looking back a year later, she will even feel ridiculous. This is normal and understandable.

Even if you ask questions in writing, what is the purpose of excrement?

Category III: Standing in the Center of the Universe Calling for Love

A: [The baby is six months old. I will go to work soon. The child will go to Grandma’s house for a period of time. Is there any precaution in what by train? ]

B: [Why can’t you take it with you? Children without maternal love are psychologically unhealthy.]

A: [I can’t help it either. Both of them have to go to work. There is no room for others in the family.]

D: [Ha ha, I don’t work when I have children. There is no better what than my mother taking care of the children herself.]

A: [But financial conditions do not allow me to be a stay-at-home mother.]

A: [Ladies and gentlemen, which channel is the most reliable for buying milk powder? ]

B: [Why do you want milk powder, dear? Why not breast milk, kiss? ]

A: [There is really no milk. The child can’t suck it out. He was so anxious that he broke my nipples. It was really painful.]

C: [Hold on, keep sucking. I also had very little milk in those days. I let my child suck for a month under various pressures, and now I have too much milk.]

D: [Broken nipple counts as what? When my child sucked my nipples and washed their mouths full of blood, I gritted my teeth and insisted. Children who are exclusively breast-fed do not know how healthy they are than those who drink milk powder.]

E: [Yes, I insisted. I didn’t understand when I gave birth. I let him drink a few mouthfuls of milk powder without milk. Now I regret it.]

F: [Come on, dear, for the sake of the child’s health, just endure more! ]

The fourth category: mother-in-law is guilty and husband is incompetent,

A: [Mom, my mother-in-law fed my child a few mouthfuls of milk powder while I was not paying attention today.]

A: [Of course, I stopped it. People didn’t listen at all, saying that I didn’t have milk for fear that the child would be hungry.]

A: [It’s no use. When I shout loudly, my father-in-law and sister-in-law will scold me together. I am crying alone now.]

D: [Your husband won’t help you either? ]

A: [He still thinks I have no respect for his mother.]

E: [Run away from home with your children. It’s really impossible.]

F: [Kiss me and understand you very much. My mother-in-law also… I greet her family in my heart every day.]

I: [When my daughter looks for a husband in the future, she must find someone who has a car, a house and both parents are dead.]

The contradiction between mother-in-law and daughter-in-law has not been solved since ancient times. For such a group, some people regard it as a tree hole and vent their mood with their companions. This is also good. However, for me, these can only make me feel worse. During that time, how did I think my husband was not pleasing to the eye?

To add one more word, family life depends not on science, but on the wisdom of choice. If you don’t agree with a word, you will make a lot of noise and run away from home, which will have a much greater impact on your children than feeding a few mouthfuls of milk powder.

The fifth category: showing superiority under the banner of science,

A: [Recently, the child has a lot of eye excrement. Are you angry? ]

B: [Please explain that what is irritated and cannot understand.]

C: […… These days there are still people who believe that I am drunk when I get angry.]

A: [Today’s examination of trace elements said that children lack calcium. Should they get more sun exposure? ]

B: [It’s okay to check trace elements in what? Do you burn too much money? ]

C: [I don’t like people who sun their children when they have nothing to do.]

Then the two talked to themselves…

A: [I just changed diapers for my child and found a red fart. What should I do? ]

A: [The child has eczema. It will help to apply some what? ]

B: [How many times have you said this question, can’t you climb the stairs by yourself? I hate the Hand-out Party! ]

I am unintelligent, I do not have the courage to quarrel in the group, I only dare to say here: I hope your strength is only in the group, not on children.

These are the groups that are really discussing the problem. I will not list those micro-merchants who purchase canvassing advertisements on their behalf. There are all kinds of groups.

These are just the group of mothers I met. Maybe you met someone who was very loving and harmonious, but I didn’t have such good luck.

As long as it does not involve diseases, child-rearing is basically a family affair. As the old saying goes, [it is difficult for honest officials to break up family affairs], there is no standard and cannot be compared in family affairs. One mother’s experience is not enough to guide another mother how to take care of her children and how to deal with the relationship between mother-in-law and daughter-in-law.

Most of the discussions, questions and answers of the mothers are very personal and even private. They take them out and talk over and over again, basically moving the parents who gossip with their girlfriends offline to chat with strangers online. It’s really meaningless.

If the child really has health problems, can he get useful help from what in the group? We should still go to a reliable hospital to find a reliable doctor.

In the group of mothers I have observed, many activists are online almost anytime and anywhere. Aren’t such people the mothers described in many articles who [leave their children aside and just watch their cell phones]? Even if she knows more about scientific parenting, what about what?

If you have time to accompany your children, if you are tired, it is good to read books, meet friends and go shopping. Why do you have to indulge in the group of mothers?