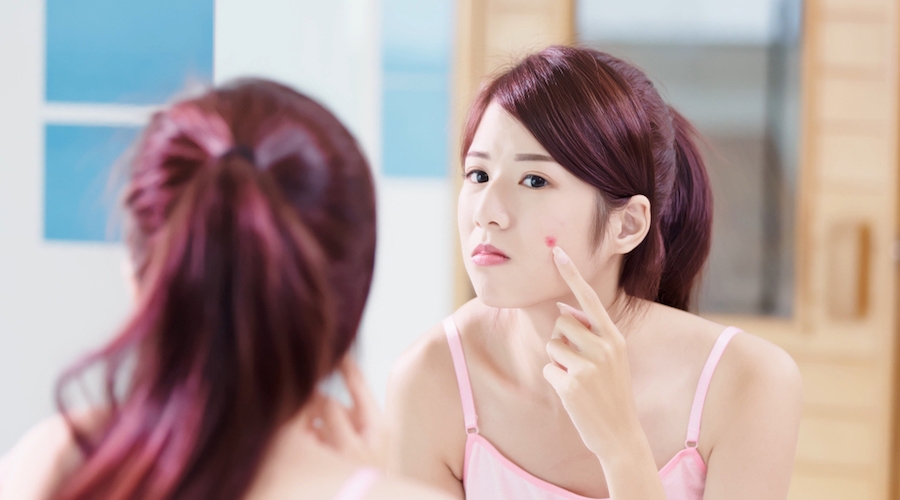 Do you have pimples? How do you care for sudden acne?

Let’s listen to the real cases shared with us by dermatologists and understand the truth of acne so as to better fight it!

Q1. The 17-year-old bear suffered from red, large and festering pimples on his face. His distress was, how can the pimples be cured when they are so serious? Will it leave scars?

A. Bear is a typical oily skin, and skin quality is generally related to heredity.

Due to puberty, the increase of androgen level can increase sebaceous gland and sebum secretion. Sebum provides material basis for the growth of bacteria such as acne bacillus.

These bacteria can cause skin inflammation and cause or aggravate acne.

Treatment methods are generally to pay attention to skin thorough cleaning, oral and external drug treatment, specific drug types due to acne in different stages of development and different, and need to pay attention to drug side effects. Cystic acne due to its location is too deep, generally has reached the dermis layer of the skin, in skin repair, generally will leave scars of different sizes and shapes.

Q2. Xiao Xuan, a 22-year-old college student, has many blackheads and thick pores on her nose, but she said she has done very meticulous cleaning work.

A. The black spots on the nose, commonly known as blackheads and acne, are due to excessive keratinocytes and grease in the hair follicle, protruding from the mouth of the hair follicle and turning black through air oxidation.

In order to improve these symptoms, it is not enough to clean the surface alone, and excessive cutin needs to be removed in time.

A. At present, the popularity of advertisements for cosmetics and care products in the market has led to a continuous decline in the age group of makeup. In foreign countries, even girls who make up every day for junior high school and senior high school students abound.

It is not impossible to make up every day, but light makeup is recommended.

Many patients who have developed acne use thick foundation and other cosmetics to cover their facial defects. However, these cosmetic qualities contain a large amount of oil, which will stimulate hair follicles and lead to aggravation of inflammation. At the same time, the oil produced by skin will not be discharged smoothly and accumulate in pores, thus aggravating the development of acne.

A. Nowadays, cosmetics marketing advertisements are multifarious. Many cleansing oil manufacturers flaunt the slogan of “dissolving oil with oil, taking away deep oil from skin, and thoroughly cleaning”. However, this is only half right. The cleansing mechanism of cleansing oil originates from the interaction between its oil and surfactant.

However, commercial products mostly use extracted vegetable oil, mineral oil or synthetic oil. If the skin stimulates the fatty acid of cleansing oil, it is easy to form acne or acne, so not everyone is suitable for use.

Q5. 33-year-old hadron is a gym coach. His back is covered with large acne and red and black acne marks. What should I do?

A. This vaccination is commonly called [bacterial folliculitis] because it grows on the back.

Because local sweating is excessive and sultry, the flora on the skin, such as Staphylococcus and Acne Bacillus, proliferates in large quantities.

The prevention method is mainly to wear sweat-absorbing pure cotton clothes and underwear as much as possible on weekdays. Those who sweat a lot will dry the sweat with handkerchiefs at any time, which will greatly reduce the prevalence rate.

In addition, in order to increase muscle growth, many people have the habit of drinking protein powder, which may lead to an increase in the level of insulin-like growth factor in the body, which can aggravate acne symptoms. 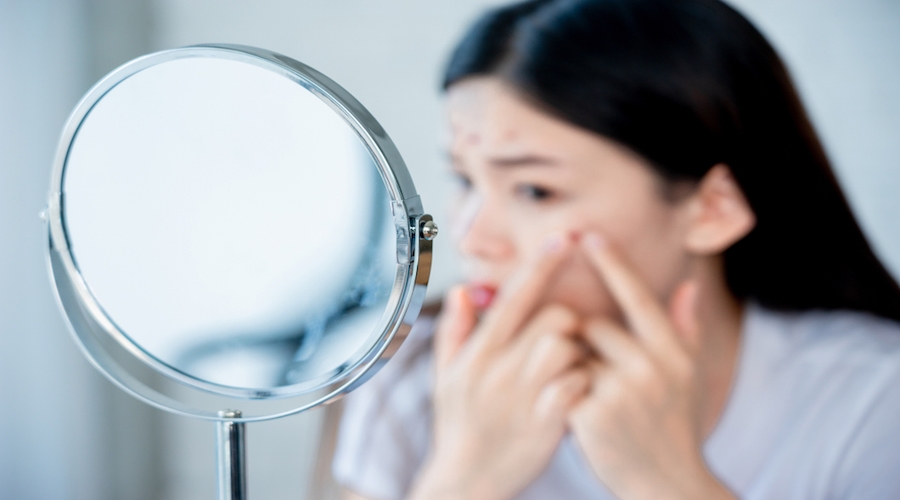 Q6. How should acne be treated after saying so much?

If the symptoms are serious, like the bear mentioned above, the face is covered with red and large pimples, oral medication is required.

At present, studies have proved that these methods also have good curative effects on acne. However, attention should be paid to the possibility of photoallergy during treatment, and local skin pigmentation may occur after some laser treatment.

The research on the therapeutic effects and side effects of these methods is still in depth, and patients need to go to hospitals or regular medical beauty institutions for treatment.

This kind of patients can be treated with tartaric acid. Through the action of tartaric acid, excess cutin can be removed in time to promote the healing of acne and prevent the occurrence of acne.

However, it is also necessary to go to regular institutions. After treatment, a small number of people will have sensitive skin, so they must pay attention to sun protection and moisturizing.