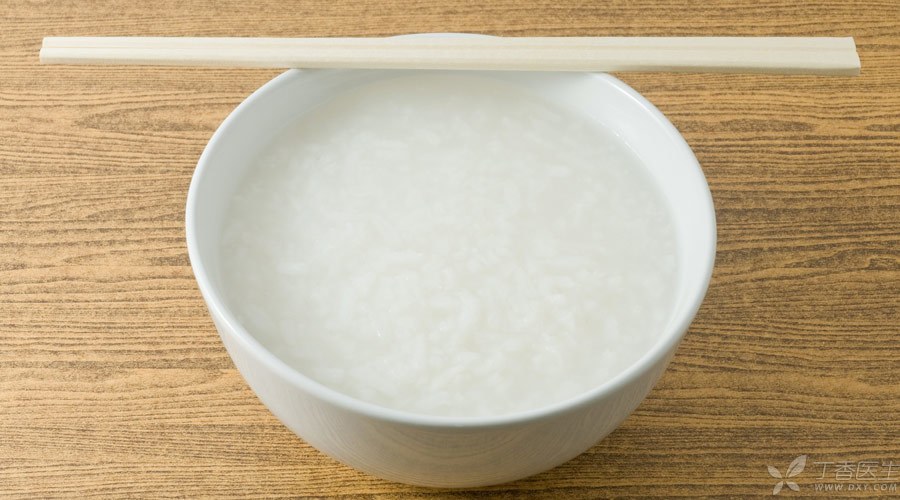 As we have said before, the key to nourishing the stomach is two words: not to do it.

As long as we pay attention to the rules of diet, balanced food and hygienic meals, there will be no big problems with the stomach.

There are many so-called [stomach nourishing foods] circulating in the community. Let’s make a big market today.

Rice porridge is mainly fully boiled to gelatinized starch, with low protein content and almost no fat. It is also in a fluid state and has a fast digestion speed. If you drink it when the digestion function is poor, the stomach will not have any burden.

Therefore, it is beneficial to the stomach to drink light rice porridge to adjust the diet when you feel [unable to eat food] or continuously [after big fish and big meat].

(1) Don’t eat porridge all the year round,

When your stomach is uncomfortable, drinking porridge can nourish you. However, when there is no what problem in the stomach, don’t always eat porridge as the staple food for a long time.

Stomach function has the characteristics of [using in and discarding out]: if you always eat porridge and soft rice that are especially easy to digest for a long time, the stomach’s ability to digest other foods will deteriorate.

(2) Not all stomach discomfort can drink porridge,

People with insufficient gastric motility can drink porridge properly. However, the soup of porridge is rich in water and large in volume. Some patients with severe ulcer or friends with acid regurgitation problems (gastroesophageal reflux) need to eat less and eat more. If they do not pay attention to the overall diet rules, the food is diverse and the structure is reasonable, they may suffer from drinking too much porridge instead. 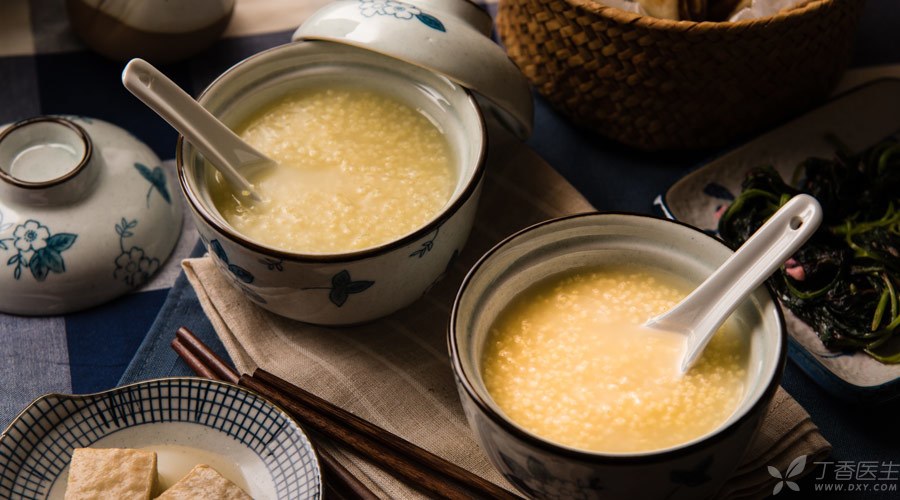 Millet porridge is also a habitual choice for many people to nourish their stomachs and recuperate. There is nothing wrong with this traditional experience. Millet contains less starch than ordinary rice, and water-soluble polysaccharide is higher, which is relatively easy to digest.

One-third of the staple food is coarse grains, which is also suitable for most people’s health recommendation. When there is no stomach discomfort, often eat some millet, brown rice, oats and other coarse cereals made of coarse cereals with higher fiber and slower digestion speed or mixed staple food to promote the improvement of stomach function, which is a good choice. 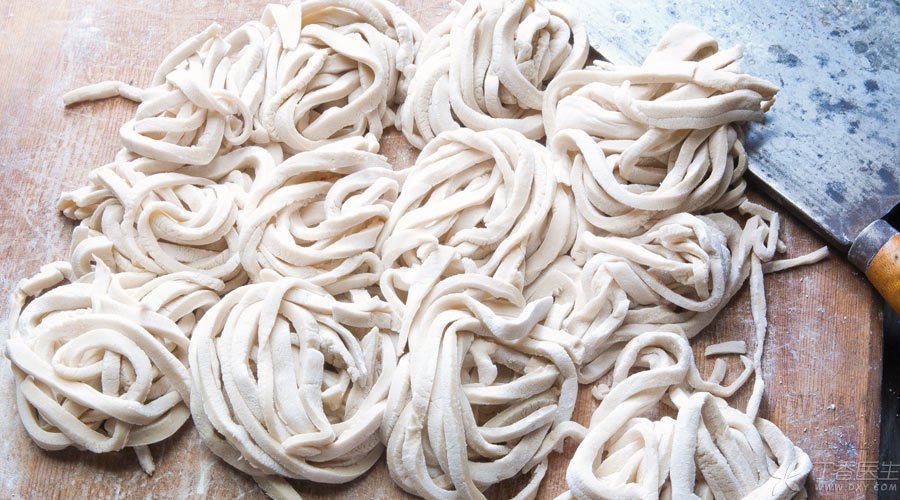 To say that noodles nourish the stomach, the reason is similar to porridge, and the more finely ground flour and cooked soft noodles, the better digestion.

Try to avoid greasiness. If you cook noodles with oil soup, or stir-fry noodles or mix noodles, it will be too greasy.

(2) There are differences between the north and the south 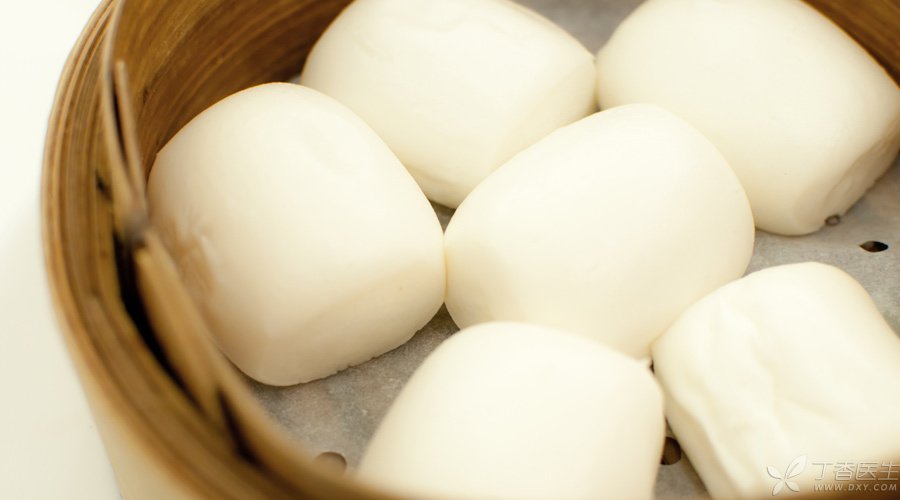 Compared with porridge, steamed bread is not easy to stimulate gastric acid secretion. Moreover, making steamed bread requires fermentation, which can convert some starch into small molecular sugar and is also conducive to removing phytic acid that interferes with nutrition digestion and absorption.

Too much staple food is easy to cause stomach distension and acid regurgitation.

If it is baked steamed bread slices, higher temperature will help the starch in steamed bread to be fully gelatinized and become dextrin with smaller molecular structure and easier and faster absorption. However, care should be taken not to scorch. 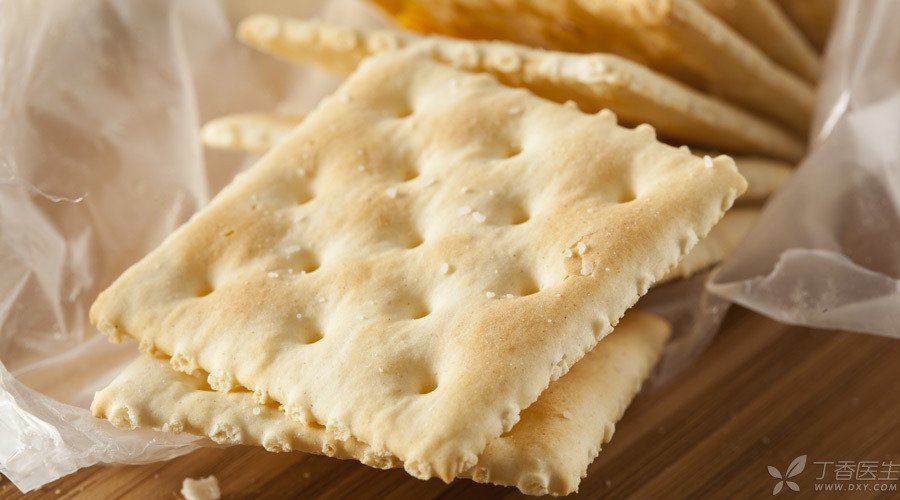 It is made by adding baking soda powder (sodium bicarbonate), because baking soda is an alkaline component that can neutralize gastric acid and is better digested through fermentation process, and is often recommended to gastropathy patients.

However, although soda biscuits generally do not contain sugar or less sugar, their oil content is not necessarily low, ranging from 10% to 30%, which is not so healthy. It’s OK to eat a little as an extra meal, but eating too much is a burden and has no stomach nourishing effect.

In fact, it is also a kind of soda biscuit, which is popular in Europe and America. At present, many major producers of digestive biscuits will issue disclaimers saying that digestive biscuits do not contain any ingredients that can help digestion. Therefore, don’t expect it.

For example, the once popular monkey mushroom biscuits are not cheap at all. Although Hericium erinaceus contains polysaccharide, it is only added in a small amount to biscuits and has no effect. It is no wonder that consumers complained that advertising was illegal at the beginning.

Suggestion for nourishing stomach: Try not to eat 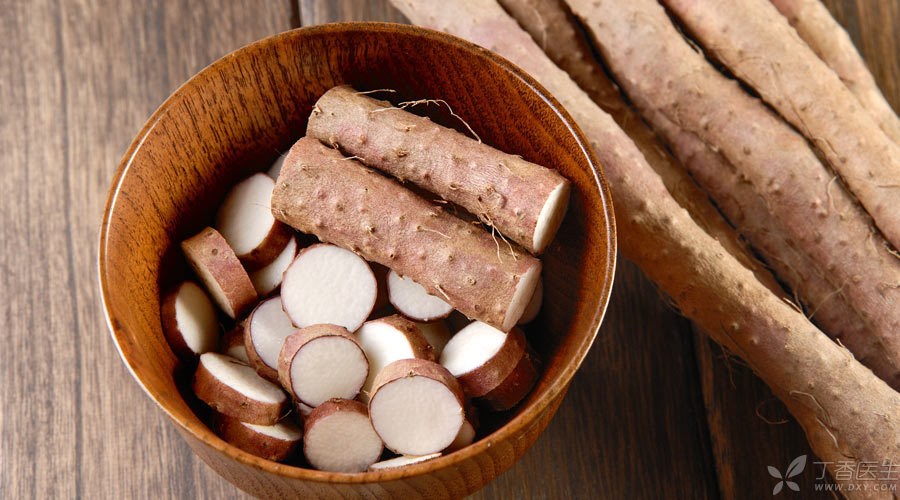 Polysaccharide to gastric mucosa will have a protective effect, related research is a lot, and yam is rich in polysaccharide. Therefore, it may be reasonable to say that yam nourishes the stomach. Only the amount of polysaccharide that can be eaten through food does not necessarily reach the effective dose of polysaccharide in clinical practice.

There are great differences between different varieties of yam. Choose the polysaccharide-rich yam, that is, the yam with dense taste, glutinous and flour, sticky and flour, including the thin Tiegun yam, which will be used as medicine after drying.

However, another kind of crisp and thicker dish yam is suitable for stir-frying and has much less polysaccharide content.

No matter whether you eat yam as a dish or as a substitute for staple food, because the starch content is not small, you can’t eat too much.

Other mushroom foods such as medlar, Undaria pinnatifida, Tremella, Auricularia auricula, Lentinus edodes, etc. are often used as stomach nourishing foods and are all related to high polysaccharide content. 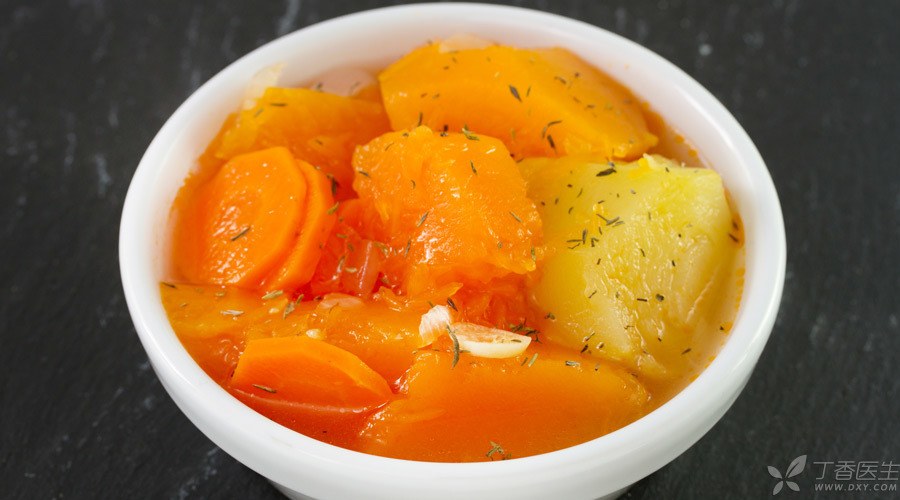 Orange-red fruits and vegetables such as pumpkin, papaya, carrot, tomato, etc. can supplement vitamin A to help cell repair, and after reasonable cooking, they are easier to digest and have certain benefits.

Suggestions for nourishing the stomach: Don’t eat too much, give priority to cooking and eating. 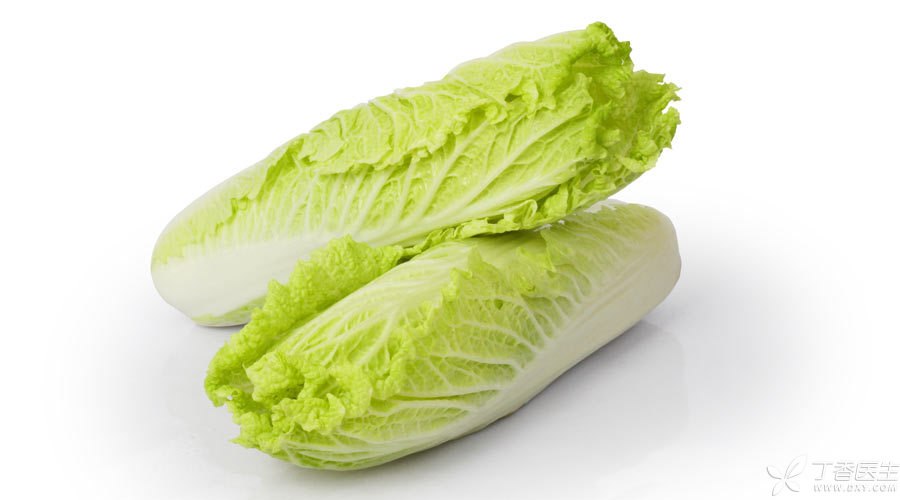 [A hundred vegetables are not as good as cabbage]. This is actually a bit exaggerated. All kinds of vegetables have their own nutritional values.

Most dark vegetables, Especially rape, spinach, lettuce, As well as many dark wild vegetables, spices vegetables, such as amaranth, leeks, shepherd’s purse, etc., usually contain more abundant minerals and plant active substances-more carotenoids, polyphenols and other antioxidant substances. However, some people have poor gastrointestinal function and are more sensitive, which is easy to produce discomfort to these dark vegetables and may have diarrhea and stomachache.

Relatively speaking, light-colored vegetables such as cabbage, baby vegetables and wax gourd should be milder. In particular, various methods of boiling cabbage, accompanied by light-colored tofu, potatoes and vermicelli, are good choices.

For other people, as long as there is no discomfort in eating dark vegetables, they can choose to eat them.

Suggestion for nourishing stomach: According to personal situation, choose to eat comfortable vegetables 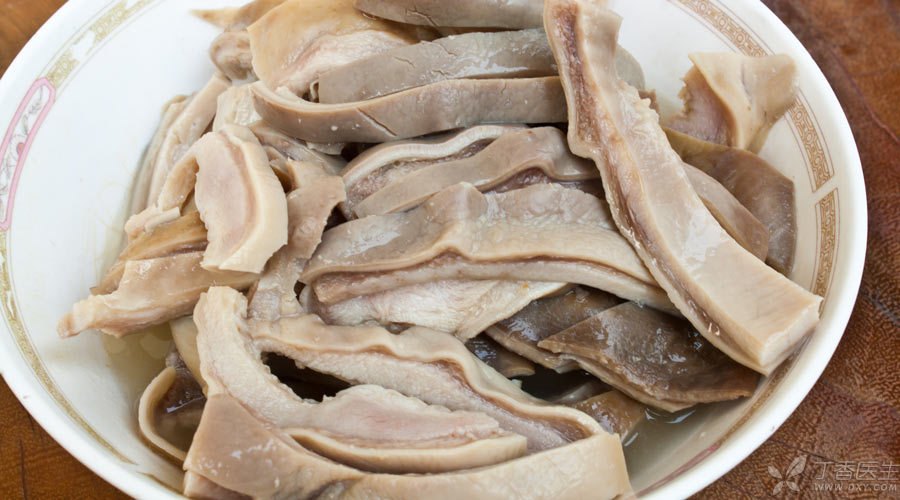 Simply put, there is no beneficial point. Secondly, the fat content is relatively high. Therefore, pig belly can only be eaten as ordinary animal food. For anyone, it should be eaten in an appropriate amount. According to the new dietary guidelines, it is calculated in the appropriate amount of livestock and poultry meat of 40-75 grams per day.

Suggestion for nourishing stomach: It is unreliable to supplement shape with shape. 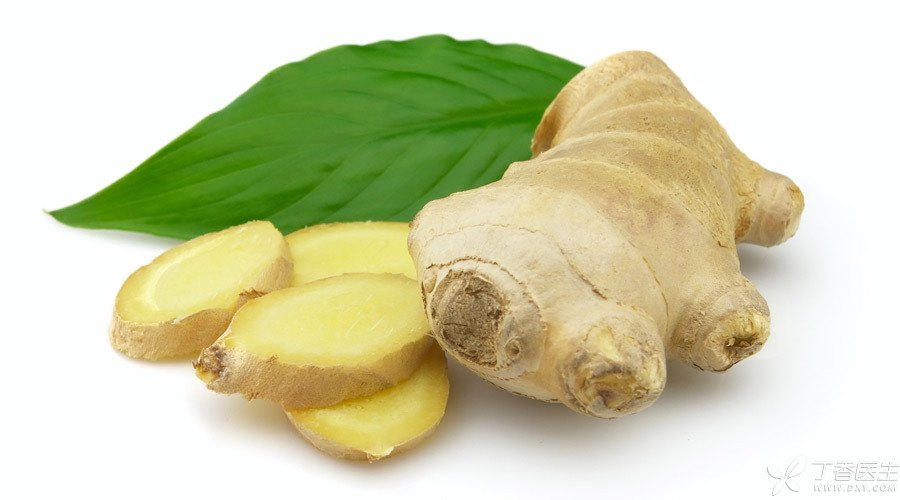 Others said that ginger looks like a stomach. This kind of imagination is simply too powerful.

However, eating ginger shreds, containing ginger slices and drinking ginger juice is a little evidence-based. Gingerol, which is unique to ginger and dried ginger, has the effects of inhibiting bacteria and oxidation, reducing pylorus and gastric mucosa damage and inhibiting excessive gastric acid secretion.

If only ginger is used as seasoning in the dish, ginger will not be eaten, or the amount of ginger is not enough, which is of little significance. Other brown sugar ginger tea, ginger juice honey water, etc. derived from ginger are even more useless.

Suggestion for nourishing stomach: You can try to eat shredded ginger and slices containing ginger.

In addition, garlic and chili also have unique active ingredients that are beneficial to the stomach. Of course, their own stomach nourishing effect should not be exaggerated. 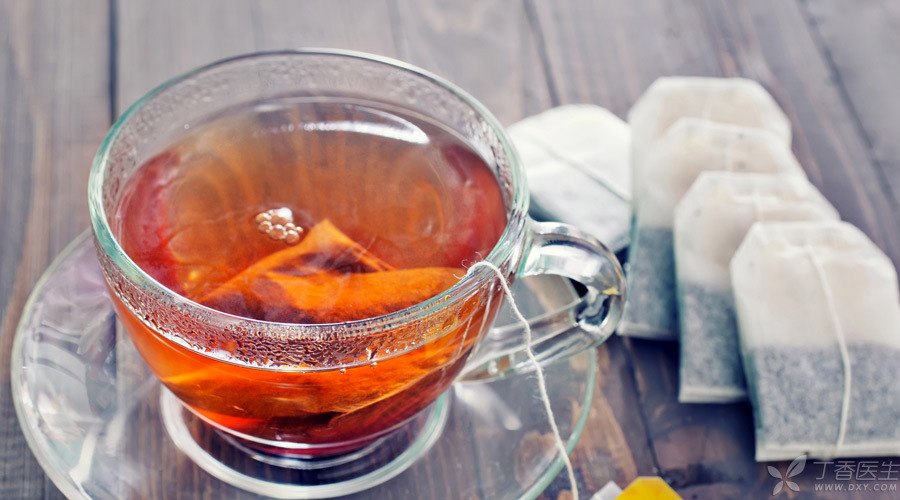 The statement that “green tea hurts the stomach and black tea nourishes the stomach” is actually inappropriate.

Suggestion for nourishing stomach: Drink it in an appropriate amount.

There is no tea for nourishing the stomach, only tea that does not hurt the stomach relatively.

It is impossible to keep your stomach well by eating more of these foods. On the basis of a reasonable overall diet, avoiding erroneous foods and choosing stomach-nourishing foods that may be beneficial may add to your health.