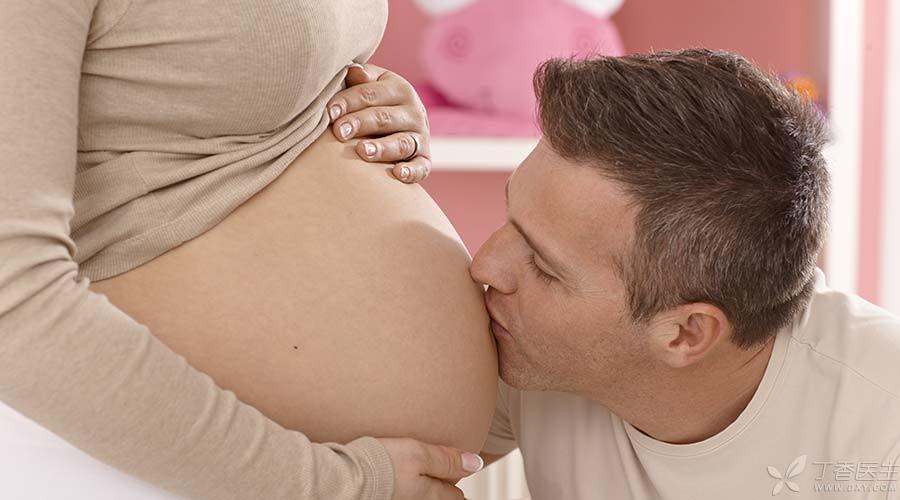 In June 2015, our marriage was just beginning and we were immersed in sweetness. One day, just after our honeymoon in Bali, we were packing when my wife mysteriously told me: “I seem to be pregnant.”

[Really? How do you know? I said with a pretended composure.

[Intuition, believe me, women’s intuition is very accurate.] My wife is still staring at me, her eyes don’t turn, just like she can dig out even if I have any doubts in my eyes.

[Well, I believe you, it doesn’t matter, I have the confidence to be a good father! You’ll be fine! Mmm! ] I took a deep breath and intended to dispel my wife’s uneasiness with confidence and support.

My wife looked away from my face, This made me breathe a sigh of relief secretly. The alarm was temporarily lifted and I was ready to turn around and get the pregnancy test stick. Because this matter had been discussed earlier, I had some preparation before. My wife stayed there for a while, then suddenly grabbed me and said, “Don’t test yet, let’s eat sushi, crayfish for dinner and barbecue first, and then I’ll test it myself tomorrow!” ]

Although I objected, I still couldn’t defeat my wife’s plea and took her to eat it first.

As a result, I finished the test the next day. Not surprisingly, I was really pregnant. There was no surprise in my imagination, and there was no panic or revelry as shown on TV. We were both very calm. She stared at the pregnancy test stick and was sad that she would not be able to eat Sichuan cuisine and sashimi in the coming year. However, I was thinking about how to resign. Yes, I want to resign!

Yes This is not impulsive, but my personal values.

In my personal experience and opinion, it is extremely precious to spend as much time as possible with my wife and children, especially at this stage of life that I think is very important-gestation and childbirth.

Therefore, I went to the company the next day to submit my resignation to the boss. A month later, I successfully became unemployed and reported to my wife to apply for the [position] of a father trainee.

The wife suffered from depression during pregnancy…

In movies and novels, women who give birth to life may mostly have such a scene:

Quiet in the sunset, standing on the windowsill, touching his belly with warmth, beautiful and tender.

But in fact, in the first few weeks or even months, our family often saw the following scene:

Although I studied psychology and my wife was pregnant, I still couldn’t avoid our endless quarrels at the beginning of pregnancy.

It can be said that it is due to female hormones, it can be said that I am not magnanimous enough, but after all I am a fan of the parties concerned. Even though I am a psychology major, there is still such a situation-my wife suffers from depression during pregnancy.

Yes, even after studying psychology, I can calmly talk to many strange visitors, but I can’t hold my emotional wife. At that time, I felt extremely desperate and helpless. Even we were both wondering if it was a wrong decision to have children now… … …

But fortunately, I immediately gave up the idea. My wife even began to think about ways to solve the problem before me. I was also very active and willing to cooperate.

I went to my colleagues in the industry for advice. We went to listen to the lectures on childbirth in the Maternal and Child Health Hospital. Going to see Sears’ Encyclopedia of Pregnancy… More knowledge reserves relieved a considerable part of our anxiety and pressure. When things got better, I hypnotized her, relieved her nervousness and massaged her. After a storm, we became a good pair of comrades with the same goals and unity.

However, don’t be too naive. The whole process is still very long. It took about 5 months for us to get along with each other. Since then, there has been no big quarrel or even little friction.

Many people may come here and ask me: [Have you found the what method? [I’d like to sum up here, in fact, there are only 2 points:

1. Don’t pick up provocative language when the other party is bored.

Pregnancy is a big event in China, especially for novice couples. All kinds of marriage life have not yet adapted, and there is such a big challenge. Naturally, the wife is under great pressure, but the husband’s pressure is not small. Therefore, no one is harder, who should be more humble, but everyone should work hard in a good direction.

When one side is tired, When the pressure is also great, It is very likely that you will say some provocative words because you are upset. Including bad tone, bad words, and more rude actions than usual. If the other party can show full understanding and support, such as asking with concern, appeasing, or even not saying anything, it will help. After calm down, the provocative party will feel grateful and apologize, and everyone will be more united and harmonious than before.

2. It is very, very important for a husband to be with him

Because of the company, I have more time and opportunities to find out my wife’s eccentric temper after pregnancy and think about how to deal with it.

Because of the company, the wife will feel more at ease, because with the company and care, will not have too much energy to think about the safety of the children, their own safety and so on.

Because of the company, I have more opportunities to learn about pregnancy and even taking care of children with my wife. With this knowledge, our anxiety level will be greatly reduced.

Accompanying, the most important thing is quality.

Some prospective fathers may think that I am brazen when they see this place and think, “It’s good for you to resign and have plenty of time at home. Those of us who get up early every day to move bricks are all separated from each other when we get home. How can we care about our wife? It is the greatest tolerance not to quarrel with her!” ]

This is wrong. In fact, many people spend a lot of time together, but they never accompany each other. While some people meet for a short time, the quality of companionship is very high.

Accompanying does not depend on the length of time, but on the degree of attention.

I am very tired after work, but even if you gently touch my tired wife’s back, look at her really and ask if what happened today, are you in a good mood? Want to eat what at night? Do you need me to make some what for you? After asking these questions, he immediately walked away and said: “I’ll go to work first, you call me if you have something to do.” It may bring a little warmth to his wife. Not to mention taking a walk with his wife at night to talk about life, which is not only a combing of life, but also helps them to keep fit and relieve their inner pressure. It doesn’t take much time for the husband to do this.

Some people also said that I can’t do these things, and our couple are more subtle. Well, I’m going to have a little “larceny” here-life is like a play, it all depends on acting! In order to achieve the goal of everyone’s peace of mind, it is really nothing to make this sacrifice and put on a lower posture than his wife. Moreover, there are so many benefits and so obvious. Why not?

Depression during pregnancy, postpartum also have to be careful

Now that the wife has given birth safely, My little princess also grew up quietly day by day. My wife often thanked me for being so kind to her with tears in her eyes before going to bed at night. How uneasy she would be without my company for such a period of time, and how happy she is now (80% due to hormone disorders during recovery … but it is much better than quarrelling).

But in retrospect, it was also a cold sweat on my back. If I didn’t realize and change during my wife’s pregnancy, with my wife’s temper after delivery, I would probably continue my previous bad mood and magnify this bad situation due to the continued hormone disorder. Then I would be in great misfortune-academically called [postpartum depression].

Therefore, please remember to be fathers:

Try to understand your wife as soon as possible and give you all the support you can. In this way, it will be beneficial to the whole family in both the immediate and long term.

Moreover, the parties concerned are fans and the onlookers are clear. Don’t be ashamed to express your confusion to reliable friends. Pouring out this is a kind of catharsis and combing. I believe your friends can certainly give you good support and advice.