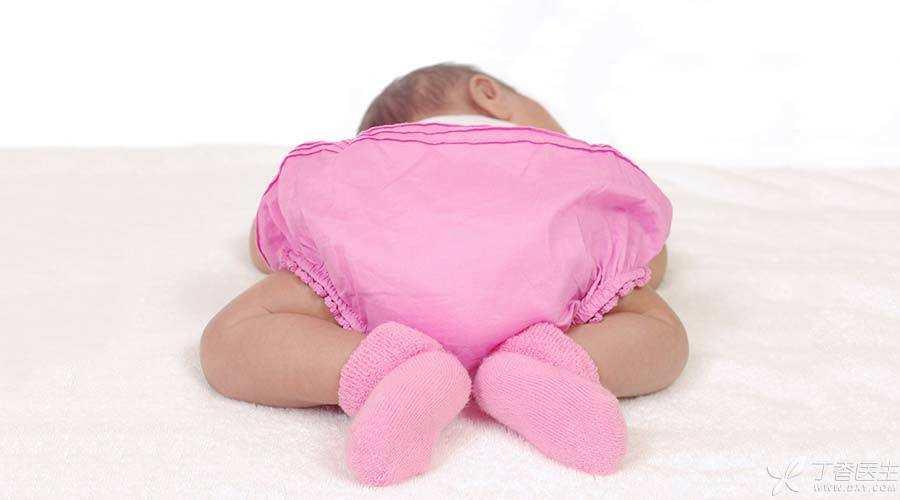 How does the baby girl’s labia majora and labia minora adhere to a piece?

The vast majority of this kind of situation is found during physical examination. Some domestic articles count that the incidence rate is at least 12%, which is common among girls under the age of six or seven.

Parents are often worried when they hear the news. What is going on? Do you want treatment?

Is this due to inflammation?

The mainstream view of this phenomenon in our country is caused by chronic infection, and there are also a few babies born like this. There are also statements that vaginal adhesion leads to poor urination and secondary infection. This statement is rarely doubted. China’s medical personnel also suggest early active treatment of this phenomenon, such as mechanical separation or hormone drugs.

Some medical staff will also tell their parents that vaginal adhesion is caused by inflammation, which is probably caused by diapers. They will be instructed to use less or no diapers, carefully open the labia at home, and clean the baby’s lower body.

However, this theory of inflammatory etiology is very questionable.

How can two inflamed skin stick up? There is a layer of cuticle on the skin, which is a layer of inanimate dead cells to protect and isolate skin tissues. It is impossible to stick the two layers of skin against the layer of cuticle together. The skin must be inflamed, swollen and broken, tissue fluid exudes, and subcutaneous tissues cling together, which will stick over time.

This process is very painful, and inflammation will definitely not be limited to the two small pieces of skin that stick to it. Just think, the baby has to defecate and urinate every day, and the caregiver has to wash the baby’s buttocks every day. The buttocks are inflamed, can’t you notice? Moreover, the feeling in the perineal area is very sensitive. It is unlikely that if the baby has developed perineal skin inflammation or even ulceration, but there is not much movement.

When our generation was young, Some less developed rural areas also do not have access to effective health knowledge, It is rare for baby girls to carefully clean their vulva inside and outside. These children crawl around in open-backed pants and defecate and urinate casually. Our generation has hardly heard of [labial adhesion], and there are few such operations and surgeries in hospitals. When we grow up and have sex, few people hinder sexual intercourse.

You are likely to ask: [The doctor said that this is not wet. When we were young, we wore open-backed pants and our small farts were drier.] However, I have consulted many documents on this issue and have different opinions:

Therefore, this kind of situation really cannot be simply said to be caused by open-backed pants or diapers.

Is this the reason for what?

Labial adhesion is mostly a physiological phenomenon caused by the decrease of estrogen level.

Until I turned to < < Nielsen Pediatrics > >, I only mentioned one sentence, [This is a physiological phenomenon.]

And this, There is also theoretical support. The newly born baby girl, The body carries the estrogen of the mother’s body, and the lower body is swollen and secretions are more. When the estrogen of the mother fades away gradually, the tissue gradually dries and shrinks, that is, many small wrinkles appear on the labia, and both sides are embedded in each other and adhere to each other. This situation is also often seen after menopause, the estrogen level decreases and the elderly without sex life.

Many babies will separate by themselves at the age of 6-18 months, and there are also those who have not separated by the age of more than 6-7. But basically before and after puberty, estrogen levels rise and adhesions naturally separate.

Do you really need to deal with it as soon as possible?

Most Chinese parents will feel very scared when they hear about their baby’s labial adhesion and hope to deal with it actively at an early stage.

In China, various tools are generally used to mechanically separate adhesion parts, or some ointment containing estrogen is prescribed for caregivers to apply at home.

Mechanical separation: the process is not necessarily smooth, some can take cotton swabs to cut open, some will tear the epidermis, and some need to move knives. However, this kind of small surgery in our country basically will not enter the operating room to do general anesthesia, and it is good to do local anesthesia. Often the pain makes the baby wail loudly and then pass out.

Some doctors in Australia and Canada will also operate on babies with vaginal adhesions, usually under general anesthesia, but they do much less. In their view, it is hard to imagine such a simple separation of outpatient clinics in our country and even the absence of any anesthesia.

Medication: In addition to using the method of device separation (in fact, you have to wipe medicine when you go home), the hospital may also let your parents go home to give your baby anti-infection drugs and estrogen-containing drugs. As mentioned earlier, this adhesion is related to temporary estrogen trough. These drugs are used for weeks or even months. After labia is separated, stop wiping medicine and relapse rate is quite high.

Whether it is mechanical separation or medication, the recurrence rate is quite high.

However, the baby’s skin is very thin and has high permeability, and drugs are easy to penetrate into the body through the skin. Estrogen has side effects such as breast development and premature epiphysis closure of baby girls, and should be used as little as possible.

Moreover, why must the labia be separated anxiously when the girl is so young?

Maybe wait a minute, heal without medicine, do not need to have surgery, accept anesthesia risks and use so many hormone drugs that have adverse effects on the body. Even if the baby is 6 or 7 years old, adhesion and what are related? At the moment, there is no sex life and no need for vagina. When the baby grows up and needs vagina, it will be separated again. The difference is not big. The fear and pain the baby bears will be much smaller. Moreover, when the vagina is needed, the labia has been separated automatically.

How should we deal with it?

Most babies with labial adhesion have no symptoms. Very few infants will have urine flowing back into the vagina and then slowly flowing out, which will make them feel uncomfortable. Almost no labial adhesion is serious enough to block the urination orifice, resulting in poor urination.

No symptoms, don’t worry about it.

If there are no symptoms, you can leave it alone at all.

However, for babies who have been found to have vaginal adhesion and have no symptoms, they should pay attention to clean with clear water to keep the perineal area clean, because infection may aggravate adhesion of surrounding tissues.

The mainstream view at home and abroad is that if the baby feels uncomfortable or has symptoms, or frequently suffers from urinary tract infection, the labia should be separated.

After the labia is separated, proper care should be taken to keep the lower body dry and hygienic, and the symptoms will be relieved. No matter what the cause of infection is, the probability will decrease.

However, it is worth mentioning that labial adhesion is often not the real cause of urinary tract infection. Labial adhesion rarely affects the urethral orifice, and the most common situation is still allergy to food, excreta, bath water substances, etc.

The other is that the baby’s lower body is uncomfortable, such as some cases with heavy adhesion. The baby’s urine may flow back into the vagina, or the urine flow is not smooth or bifurcated, but it is also very rare.

There is also a congenital malformation in the perineal region, which requires early treatment if there are symptoms.

Mom and Dad, don’t be too nervous

In this case, there is really no need to be nervous about labial adhesion, let alone to separate in a hurry. Moreover, if there are no symptoms, it is better not to separate. This is the creator’s very considerate protective design for the little girl.

Every minute and every inch of human body is carefully designed and carved by nature, and will gradually change with age and needs. Most of our worries about the body structure are superfluous. Before making up our minds to make artificial transformation, it is best to think more about why this is the case, whether it is necessary to change, and try to avoid unnecessary harm to the baby.