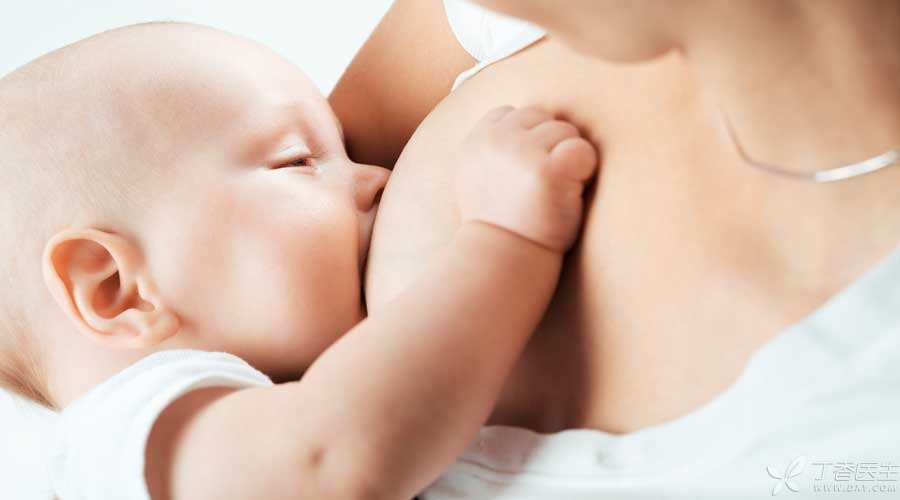 When a woman gives birth to a child, it is natural to breast-feed her baby. However, in today’s society, various strange ideas have shaken the ideas of some new mothers.

Some precious mothers worry that nursing their babies will make them out of shape, while others are unwilling to breast-feed their babies because of other reasons such as work and pressure.

The function of breasts is to feed life first, then other things. The formula milk powder and various animal milk in those advertisements claim to contain various nutrients necessary for babies, but they are not mother-in-law’s.

Nursing is an unavoidable responsibility for mothers. Nursing life is the bounden duty of breasts. Failure to complete the task will lead to accidents. What? You don’t believe it?

Scientific research has proved that breast milk can not only provide nutrition for the baby, but also has great benefits for Baoma at the same time. Breastfeeding is a win-win thing. Baoma breast-fed the baby, and the baby was well fed and drunk. At the same time, it is also building a natural disease protection net for Baoma, which can drive away various diseases.

Get rid of breast cancer

Pregnancy and lactation are important links in breast development and maturation. Lactation can change breast duct cells and enhance the anti-cancer ability of breast.

Drive away hyperplasia of mammary glands

Studies have shown that, The time to breast-feed the baby reaches 6 months or more, the occurrence of mammary glands hyperplasia is obviously reduced. The reason may be that after delivery, the precious mother breast-fed the baby, delayed the recovery of menstruation after delivery (the first time to menstruation after delivery), thus delaying ovulation, reducing the stimulation of sex hormones on the breast, and making breast cells have sufficient [secondary development] mature time.

Is endometriosis what? In short, endometrium grows in a place that should not grow ([running] outside the uterus), which can lead to dysmenorrhea, infertility, sexual discomfort, etc., causing greater troubles to life.

Studies have found that lactation has a certain preventive effect on endometriosis, which may be due to the relatively low level of sex hormones in Baoma during lactation, which is not conducive to the growth of ectopic endometrium.

Therefore, it is recommended that Baoma breastfeed the baby for at least 6 months to delay menstruation and delay the recovery of sex hormone level. Without the stimulation of estrogen, [running] endometrium will atrophy itself, indirectly playing a role in preventing endometriosis.

Get rid of diabetes

U.S. Scientists have found that mothers who have not breast-fed or have been breast-fed for less than one month are more likely to suffer from diabetes, while those who have breast-fed for at least one to three months can reduce the risk of diabetes by 50%.

Breastfeeding can improve the metabolism of sugar and fat in Baoma’s body and consume the fat accumulated during pregnancy. At the same time, the demand for insulin for nursing mothers is also reduced (insulin is responsible for lowering blood sugar), so insulin-producing islet cells can get more rest and restore their functions.

Especially for precious mothers with gestational diabetes, their risk of developing diabetes after giving birth is higher, and lactation can reduce the risk by half.

Scientists have found that mothers who have not breast-fed their babies have 28% more fat on their stomachs and 6.5 cm wider waist circumference than precious mothers who have breast-fed their babies for 3 months or more, showing typical abdominal obesity (large belly). Abdominal obesity is a high-risk factor for cardiovascular diseases such as hypertension and coronary heart disease.

A study in the United States shows that breastfeeding is expected to reduce the incidence of heart disease by 14,000 cases per year.

Rheumatoid arthritis is an arthritic disease related to autoimmunity. The incidence rate in adults is about 0.5% ~ 1%, and it is more likely to occur in female groups.

Recently, a large-scale study published by Southeast University proved that lactation can reduce the occurrence of rheumatoid arthritis, because lactation can increase certain hormones in the body, which have anti-inflammatory effects and can play a protective role.

Get rid of postpartum depression

Anxiety, insomnia, bad mood, listlessness after giving birth to the baby… in short, unhappy, unhappy? Note that if this is the case, you are likely to suffer from postpartum depression, and even commit suicide or hurt your baby.

This is because, Breastfeeding the baby protects Baoma’s mental health, It can reduce hormone secretion and unhappiness related to depression. At the same time, In the process of breast-feeding the baby, Can enhance the interaction between the baby and Baoma, Baoma can interact with her baby in the process of breast-feeding, feel every precious moment of baby’s growth, and make the mood happy. In addition, the baby eats well, is in a good mood, sleeps well, the baby does not make noise, Baoma is in a good mood, and sleep naturally follows well.

In a word, the beauty of breast lies not only in her appearance, but also in her connotation of nursing life. The benefits of breast-feeding are not only listed above. Therefore, don’t find any reasons to give up breast-feeding, Baopa can earn milk powder money easily.