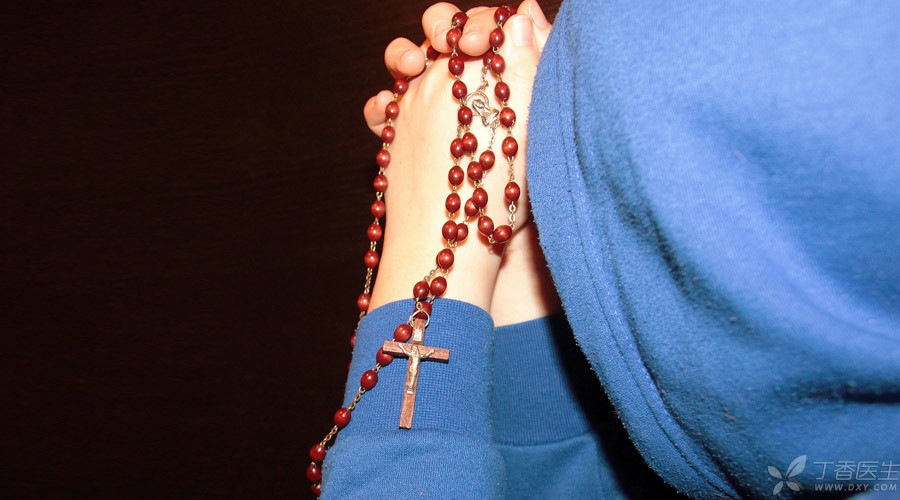 A chief physician certified as a [director of the Anti-Cancer Association] on Weibo thinks so:

It is not easy to get cancer if you have love. Dr. Hawkins of the United States said: [Many people get sick because they have no love, only pain and depression, and the vibration index is lower than 200.] The vibration index is also what people often call the magnetic field. The highest is 1,000, and the lowest is 1. Like to complain, criticize and hate others, the index is only 30 to 40, and in the process of constantly criticizing others, they reduce their energy greatly.

The doctor’s logic is this: if there is love, there will be no pain and depression, and cancer will not be easy to suffer.

Can having [love] prevent cancer and fight cancer?

The viewpoint he wants to spread represents the wonderful fantasy that human beings have tried to control diseases with spiritual strength since ancient times, which is very in line with the appetite of small freshmen.

Unfortunately, no matter how wonderful it is, it is still just a fantasy.

Until today, there are still some doctors who will tell patients that cancer is caused by his neurotic and introverted personality. They will ask him to maintain a positive and optimistic attitude and imagine that drugs are killing cancer cells and immune cells are devouring cancer cells, which is as magical as witchcraft.

Pamphlets promoting religion often appear beside the beds of cancer patients, as if one can cultivate one’s sentiment by believing in religion, and religious [great love] can also help kill cancer cells-the chapel beside the hospital is overcrowded.

In fact, this does not conform to the facts.

Scientists have argued for years

Since the first related modern study in 1962, most studies have suggested that human character has nothing to do with cancer. Another part of the study suggests that personality is related to cancer risk.

But the quality of all these studies is a little poor:

Either the experimental group and the control group are not well [homogenized], and bias cannot be ruled out.

Scientists are quarrelling and no one can convince anyone. However, rumors of [bad personality can lead to cancer] have been hanging over everyone like a magic spell.

If you don’t obey well and be a good boy, you will have cancer in the future! This kind of threat is much more shocking than [being taken away by wolves soon]!

Ambitious scientists cannot be satisfied with the status quo. Curiosity about any human unknown is the eternal driving force for scientific progress.

The design of the study was rigorous and the degree of homogenization between the control groups reached new heights in this field.

Danish scientists have already made a big splash if they don’t sing. They want to put an end to the debate.

There are always people who cleverly associate character with cancer and invent a non-existent [cancer character]. In fact, it will bring guilt to cancer patients and mistake them for poor character and lack of love to get cancer.

It is even less necessary for cancer patients to take part in religious activities in what by some religious fans with colorful pamphlets in order to [change their personality].

Can a good character [fight cancer]?

So, unfortunately, after suffering from cancer, can good mood and positive attitude improve the survival time of cancer patients?

In 2007, scientists studied more than 1,000 patients with head and neck malignant tumors and scored their emotional status. The better the emotional status, the more positive the score.

The results showed that the score of emotional status had nothing to do with the survival time of cancer patients.

Perhaps, a good mood and a positive and optimistic attitude can enable patients to receive treatment more smoothly and better reduce the pain and discomfort in the treatment process, but in fact, it has nothing to do with the final curative effect.

The research conclusion in this area is quite tangled.

In 1989, David Spielberg did a study that found that participating in patient organizations to obtain mental support (a form of psychotherapy) was related to the prolonged survival of cancer. He would never have imagined that his research would cause the following 20 years of debate in the scientific community.

David Spielberg’s research conclusion does not seem to be supported by other scientists. Two studies in 2004 and 2007 showed that psychotherapy has nothing to do with the survival time of cancer. David Spielberg repeated his study 18 years later, using the same method as in 1989, except that the patients in the study were changed into a different group, and the conclusion this time was [irrelevant].

In this way, he denied his past research results.

Scientists are not afraid to deny themselves at all. They just let logic and evidence speak. Only those wonderful theories such as Yin and Yang and the Five Elements are afraid of being denied.

Therefore, according to the current scientific evidence, no matter personality, emotion, mentality or other what’s mental state, it has nothing to do with the risk and prognosis of cancer.

Love may be able to [call], but love cannot fight cancer.

If you suffer from cancer unfortunately, you don’t have to blame yourself for your past personality, nor do you deliberately maintain a good mood for it, let alone join religious organizations in what.

The most important thing is to maintain a common heart and stick to a standardized course of modern medical treatment.