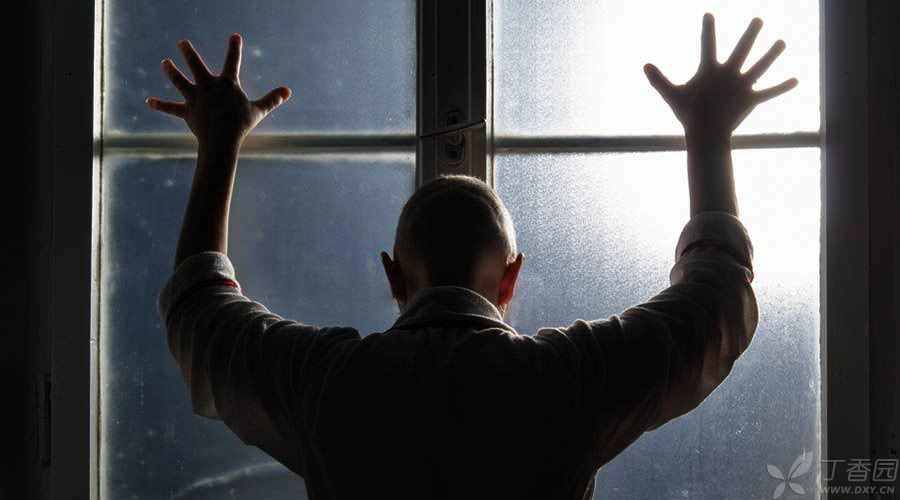 In September 2014, I rotated the oncology department and was deeply impressed by a patient. In the patient’s own words, she is a [exotic] patient and a [exotic] case.

When I took over, it was also the worst time for her illness. She was skinny and bald, and sometimes she smiled and showed two [bright] tiger teeth. Due to the continuous fever for nearly a month, her skin and sclera were yellow, and her pale face was sallow, like a haggard mud doll.

If it weren’t for the pain, she would certainly still be a very beautiful girl. After all, she is only 23 years old and a newly graduated college student.

Confirmed in February 2014, her life no longer has sunshine,

She was admitted to hospital for half a month due to right chest pain and found a tumor in the right upper mediastinum in the outer hospital. After puncture biopsy of the tumor, she was diagnosed as diffuse large B cell lymphoma. Combined with CT, the disease was diagnosed as stage II.

As she is about to graduate from college, she is still immersed in the joy of finding a new job. The pathological results of the hospital gave her a blow. From then on, her life no longer has sunshine.

However, she also began to suffer, and every morning the bedside was covered with a lot of hair. After a total of 6 rounds of chemotherapy, the tumor in her chest was completely relieved, and at the same time, she became completely bald.

In charge of her illness is Dr. Yu. There was a ward round, from the crack of the door to see her hand on the back of the infusion tube, with a bald head to write a diary. The same age, plus are just graduated college students, communication between appear particularly cordial, so he remembered the bald girl who wrote the diary.

After getting acquainted with each other, the girl also recommended Dr. Yu to see < < get out! Tumor Jun > >, Dr. Yu should think more about the real feelings of tumor patients. Later, Dr. Yu often [taught] us in our dormitory that our doctors should be full of sunshine in their hearts so as to bring sunshine to patients.

Stage II moderately malignant non-Hodgkin’s lymphoma, Considering the large mediastinal tumor at the time of admission, with a cross-sectional diameter of about 10 cm, the superior doctor still considered to give her radiotherapy that may invade the surrounding area. After 6 rounds of standard chemotherapy, radical intensity-modulated radiotherapy at the mediastinal was performed. In addition to the blood biochemical LDH, which is much higher than normal, she has no other adverse prognostic factors and belongs to a low-risk case.

Chemotherapy plan is recognized as a first-line plan, and intensity modulation is also the mainstream advanced technology of radiotherapy at present. Her treatment is quite standard and positive, and the prognosis should be good. She has regained her confidence in life. After all, she is still young, can have a job again, and can honor her parents.

It relapsed in August 2014 and fell to the bottom of despair again.

However, six months later, she was readmitted due to persistent upper abdominal pain and discomfort, accompanied by vomiting. CT showed a large mass with a diameter of about 4 cm in the pancreatic head and a space occupying pancreas. Cyst, lymphoma and pancreatic cancer were considered.

Due to the swelling of pancreatic head and obstructive dilatation of pancreaticobiliary duct, her skin and sclera were yellow stained, and amylase in blood and urine was obviously increased. She had already shown acute pancreatitis. In order to relieve obstruction and confirm her condition, we performed exploratory laparotomy, biliary-intestinal anastomosis and gastrointestinal anastomosis for her.

After the operation, combined with pathological biopsy, she was diagnosed with recurrent stage IV of diffuse large B cell lymphoma. She said that she was really disappointed and felt that fate was so teasing. However, she still regained her mood and received new chemotherapy.

Her doctor in charge is Dr. Chen of oncology surgery, and Dr. Chen also remembered this bald girl who kept a diary.

This time Dr. Chen took the initiative to send her a book called “Flower Field and Half Mu”. The author of this book is a girl who was terminally ill at the age of 15. It describes her perception of youth and life. The book is full of gratitude and tenacity. It is a beautiful girl’s life song. Dr. Chen hopes this book can bring her confidence to fight against the disease, no matter what the final result is.

She was completely disappointed when she received chemotherapy again in September 2014.

After the operation, I turned back to tumor chemotherapy again, after all, the tumor in the pancreas did not disappear. The time I took over her was the scene at the beginning of the article. In her words, it was her [dying time].

Although the tumor was completely relieved in the first-line regimen, But it relapsed quickly within half a year, Superior doctors consider using second-line chemotherapy. During chemotherapy, infection, three-line blood cells are reduced, through anti-infection, blood transfusion, leukocyte rise, stimulate platelet growth, blood picture can maintain basic normal. This course of chemotherapy is too difficult, barely after two courses of chemotherapy, reexamination CT showed pancreatic tumor did not shrink, the result is not optimistic.

When I was in charge of her, she had a low fever every day. The first thing I did when I came to the department in the morning was to go straight to her ward and check her temperature. Perhaps because I was too gaunt, I seldom saw her write a diary.

After the second chemotherapy, although her liver and kidney functions were not very stable, she was discharged from the hospital, leaving only a thin figure waiting for the elevator supported by her mother. I clearly remember her lifeless eyes and empty eyes.

A miracle occurred in June 2015. Bless her

In June this year, she became a good friend on WeChat. Only then did she learn that she had received chemotherapy with acute lymphoblastic leukemia in the local hospital, and the effect was actually good. I consulted some information and consulted a superior doctor. This situation may be that her lymphoma has turned into leukemia.

I can sometimes see her [showing off] eating chocolate and going to the cinema to watch movies alone in the circle of friends.

We and Dr. Yu and Dr. Chen are the only three doctors in her WeChat. When she is not busy, she often likes to pull us to chat with her on WeChat: