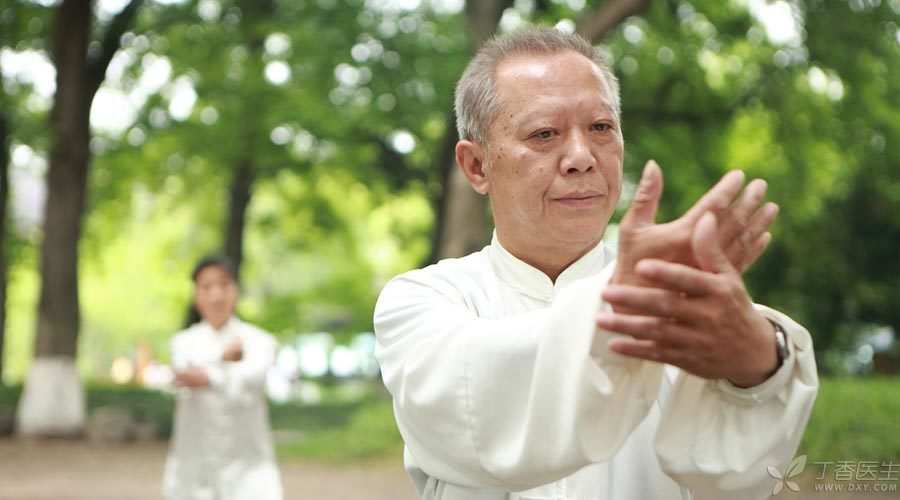 Tai Chi, one of the treasures of Chinese culture, is widely respected by people all over the world.

Because Taijiquan moves are soft, the speed is slow, the boxing style is not difficult to learn, and the posture is high or low, and the amount of exercise can be adjusted, so it can adapt to the needs of boxers of different ages and different physical conditions. Therefore, Taiji is also very popular among the elderly.

The Benefits of Tai Chi

For older persons, Simple Tai Chi training can improve exercise endurance, Improve body balance and coordination, thus improving quality of life. For example, Parkinson’s patients have impaired balance function and are very prone to falls. Studies have proved that practicing Taiji can improve body balance and reduce the probability of wrestling, so Taijiquan has become one of the important rehabilitation exercises for Parkinson’s patients.

In addition, Tai Chi also requires muscle control, which is not as soft and relaxed as it looks. Such proper exercise is good for controlling blood pressure, losing weight, improving heart and lung function, etc. In many patients with chronic diseases, Tai Chi can also relieve pain, depression and anxiety symptoms to some extent.

Many friends reported that when they first started practicing tai chi, they would feel sore knee joints.

As that main weight-bearing joint of human body, It will grow older, Aging changes such as hypofunction, reduction of bone density and hyperosteogeny occur, Therefore, most elderly people have mild or severe joint problems. Among them, the elderly suddenly start practicing tai chi, and the burden on the degenerated knee suddenly increases, which may lead to injuries such as worsening wear of cartilage and meniscus, and then osteoarthritis or aggravation of the symptoms of osteoarthritis already suffered.

A descendant of Taijiquan was diagnosed as osteoarthritis complicated with joint free body, which required joint debridement and removal of free body in knee joint. It was indeed a real event.

In fact, many research institutions have discussed whether Tai Chi will damage the knee joint.

A paper published in 2014 summarized the results of several studies-314 patients with knee arthritis participated in the study-and concluded that Tai Chi can reduce joint pain and improve joint function.

Researchers believe that Tai Chi will have a certain protective effect on the knee joint, of course, the premise is to play Tai Chi correctly and reasonably.

How to play Taijiquan correctly?

Taijiquan, as a kind of exercise, is normal to have sports injuries, and it is not omnipotent to the body. If knee pain occurs in the process of exercise, first think about whether it is caused by incorrect movements, too long exercise time or inflammation of knee arthritis.

Tai Chi stresses the combination of nature, harmony between man and nature, and unity of body and mind. It is an organic combination of meditation and slow and gentle movement, deep breathing and relaxation, not just a set of stiff boxing methods. Practice Tai Chi requires mastering certain principles and skills.

The following points can be used as a reference for friends when playing Taijiquan.

1. The flexion angle of the knee joint (the included angle between the thigh and the lower leg) is greater than 135, This angle of support is more reasonable. Don’t deliberately pursue the movement in place, How many degrees to squat down, etc., because these movements are not conducive to knee cartilage. In addition, attention should also be paid to the knee joint not to excessively abduct or adduction. If the muscle strength is insufficient, do not try the movements of one leg support at will to avoid the unstable left and right shaking of the knee caused by insufficient muscle strength and sprain. As far as you can, this degree should be grasped. 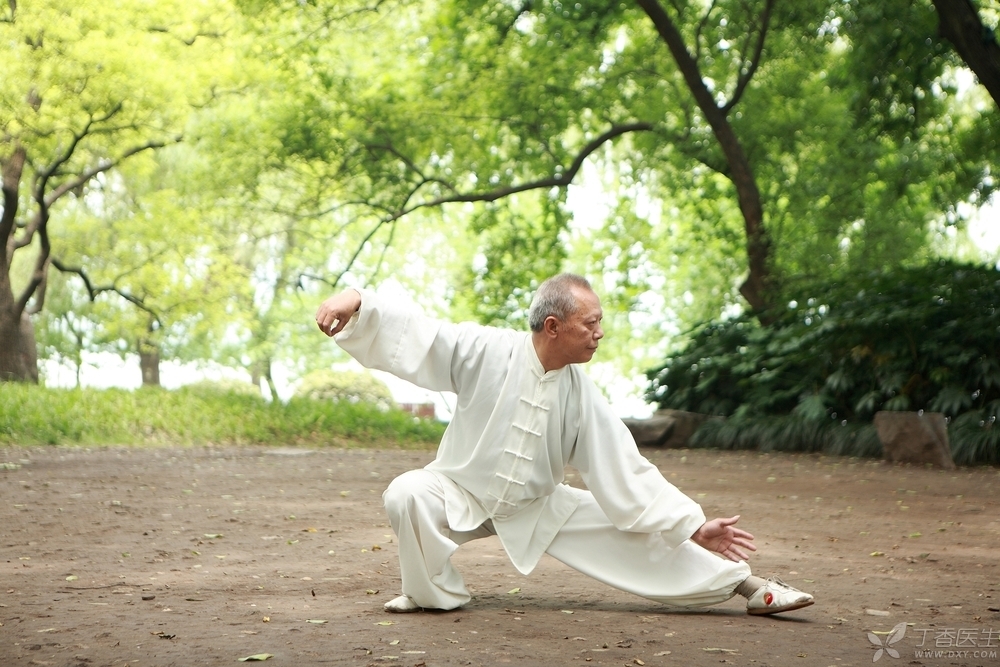 If you can’t do such actions as the one shown above, don’t force them. The following simple actions can also have the effect of exercise. 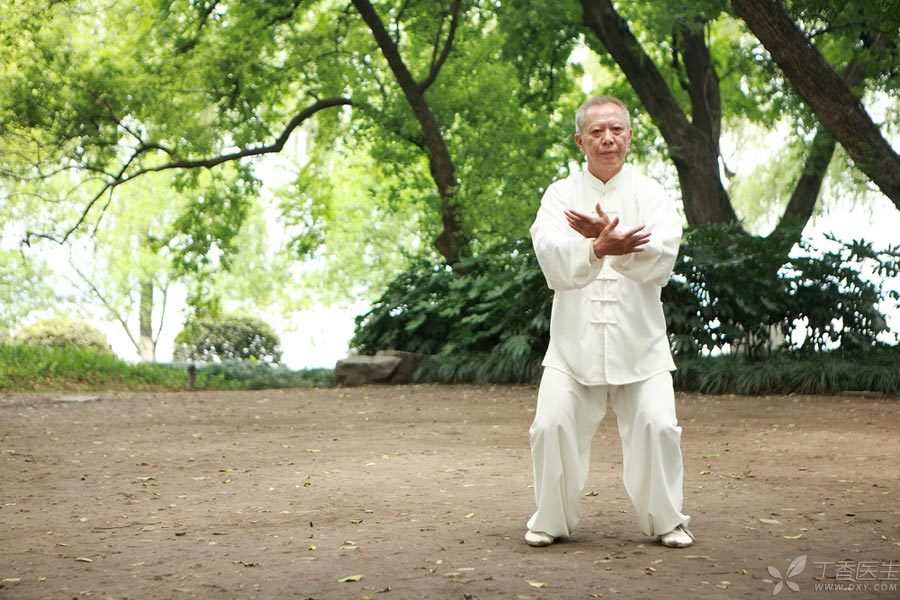 2. Old people should not practice Tai Chi too many times or for too long. If you have just started practicing, two to three times a week, each time for about one hour, is enough.

3. If knee joint pain is found, it is necessary to scientifically analyze the causes, whether the movements are not standard, whether they are overworked or knee arthritis. Timely adjustment, attention to the combination of work and rest, will slowly recover.

Can I still play tai chi after joint surgery?

Can patients after knee and hip arthroplasty play Taijiquan?

Yes, but it is still the principle mentioned earlier. There is no need to deliberately pursue the standard of movements, the angle of squatting and the time of practice.

For the elderly after joint replacement, proper exercise is helpful to improve the mobility of the joint and the stability of the tissues around the joint. Joint prostheses have a certain service life. Learning the correct way to maintain joint prostheses can reduce the wear of prostheses as much as possible.

In addition, Taijiquan can exercise the mobility of shoulder joint, which is also beneficial to patients with scapulohumeral periarthritis. It can help the rehabilitation of joint function and shorten the course of disease.

It should be emphasized that patients with joint synovitis must stop exercise if the joints have symptoms of redness, swelling and heat pain, indicating that they are in the onset period, so as not to affect the regression of inflammation.

For the elderly with other basic diseases, they should do what they can according to their own physical quality and tolerance, and consult a professional doctor when necessary to avoid aggravating or inducing basic diseases due to exercise. 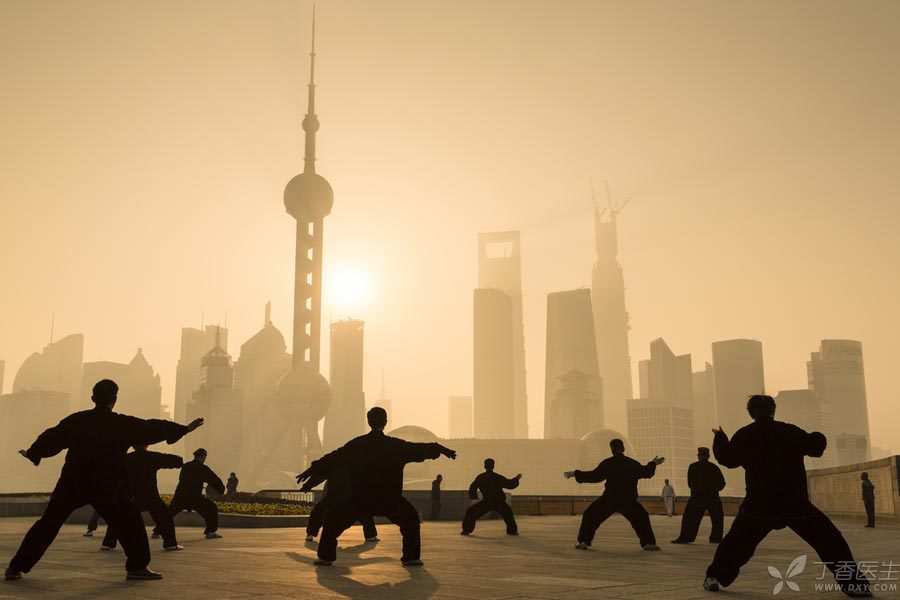 It is beneficial to fight correctly.

To sum up, Tai Chi must master the correct methods and combine with its own physical condition in order to give full play to its greatest role in strengthening the body and benefiting the physical and mental health.

At the same time, I also hope that Tai Chi, one of the symbols of Chinese culture, can become an effective weapon for strengthening body, strengthening body, preventing diseases and recovering under the joint efforts of Tai Chi lovers and professional rehabilitation physiotherapists.