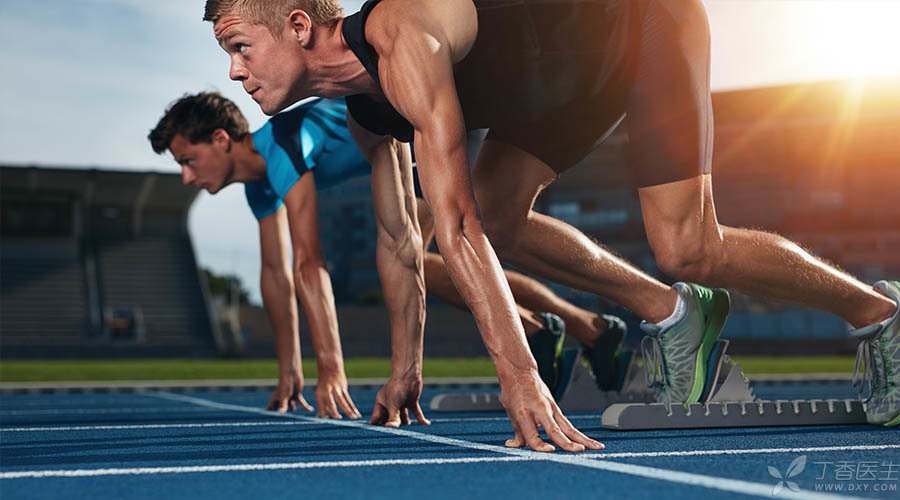 In order to defeat opponents and surpass [self], stimulant, a controversial [open-ended] black technology, has almost never been absent since the ancient Olympics.

The composition of stimulants is also constantly changing with the process of history. Similarly, as the opposite [urine test], although it has only a short history of more than 40 years, it has also undergone great changes.

But the saddest thing is still those athletes who use drugs to stimulate [potential], and they have paid the price of overdrawing their lives.

Use drugs from the wrong place.

The history of stimulants is very long. In ancient Nordic legends, soldiers used the extract of Amanita to relieve fear and pain. In South America, the Incas chewed coca leaves to maintain their vitality, while in China, soldiers believed that ephedrine-containing ephedrine plants had magical effects.

In the ancient Olympic Games, It seems that there is nothing wrong with using drugs to improve physical fitness. In 668 BC, Running champion Charmis used special foods made of dried figs and wet cheese to boost his physical strength. In addition, ancient Olympic athletes took hallucinogenic mushrooms before the competition to generate tireless crazy motivation. There are also records that taking bullwhip and testicles can improve athletic performance. This is probably the earliest testosterone stimulant.

Entering modern times, the use of drugs in competitions is still not regarded as an ignominious thing. One stimulant that is often used is opium tincture. Especially in cycling road races. In 1807, athlete Abraham Wood claimed to have used opium tincture to stay awake for 24 hours, defeating other competitors.

As a result, other drivers and coaches followed suit and began to use the following drugs: belladonna, diethyl ether, morphine, brucine and nitroglycerin. Their kettles often contain [Vin Mariani], a mixed drink containing wine and cocaine.

These stimulants produced incredible results. In 1877, the endurance race won 500 miles. A year later, the best result was raised to 520 miles, or nearly 840 kilometers, for which the champion rode 138 hours in a row.

However, no one thought there was anything wrong with doping at that time. People regard it as a move to use scientific and technological power to raise human physiological limits. Austrian Nobel laureate in chemistry Fritz Pregl and physiologist Oskar Zoth have reconfirmed the effect of animal testosterone on enhancing physical strength by testing their own bodies. This is the second time that human beings have discovered the effect of testosterone-type stimulants after the ancient Greeks used bullwhip.

From Military to Arena

The first big development of stimulants occurred during the Second World War. In 1934, people began to synthesize amphetamines, an analog of ephedrine. Under the trade name [Benzedrine], this central nervous system stimulant became the treasure of the military as soon as it came out, because it can make people forget fatigue and keep excited. During World War II, Britain alone provided 72 million tablets of Benzedrine to soldiers.

Pharmacists also learned to make synthetic testosterone: Anabolic steroids. They were first used to feed exhausted prisoners of war. Soon, athletes also discovered the efficacy of this drug, and they have since been called “breakfast for champions”. The champions here are not only human beings. In 1941, an American horse racing named Holloway won one race after another after receiving testosterone therapy.

First soldiers used amphetamines in World War II to excite themselves, and then athletes began to use them, especially cyclists. In the images of cycling taken in the 1960s and 1970s, people can see the excited expressions caused by chemical drugs on the drivers’ faces.

In addition to testosterone and amphetamines, heroin is also transmitted from soldiers to athletes. Runner Dick Howard died of heroin in 1968.

After entering the Cold War era, the superpowers and the two groups of NATO and Warsaw Pact launched tit-for-tat competitions in various fields. Sports is one of the most straightforward ways. When sports are linked not only to personal honor, but also to national interests and even ideology, the development of stimulants is almost inevitable.

The Soviet Union, East Germany, Romania and other countries began to implement the national system of competitive sports.

In terms of the average population, their medals are 10 times that of the former Soviet Union and 13 times that of the United States. Such outstanding Olympic results are undoubtedly a miracle in the history of the East German Olympics. In fact, the former East Germany organizes about 10,000 athletes to take stimulants systematically every year. The country spends more than 5 million marks on the research and development of new stimulants every year.

In a program called [Komplex08] alone, thousands of athletes were required to take a blue pill that was said to be a vitamin. That is actually an anabolic steroid such as [dehydromethyltestosterone].

Many athletes who used stimulants did not even know about this. The following was not only the glory of East Germany winning 519 medals in the Olympics, but also the tragedy of these athletes suffering from cancer, heart and muscle diseases, and liver and bone damage.

From Divine Drugs to Forbidden Drugs

In early 1968, before the opening of the 10th Winter Olympics, the IOC Medical Commission officially announced the list of banned drugs specially drawn up for doping tests at the Grenoble Winter Olympics in France.

At that time, banned drugs only included:

These are still the most commonly used drugs in doctors’ hands.

The principle of urine testing is very simple. After the human body takes or injects drugs, these drugs and their metabolites will appear in urine more or less within a certain period of time. The testing personnel can check whether these athletes have used stimulants by making quantitative and qualitative tests on the urine of athletes.

However, the emergence of the latest high-resolution mass spectrometer has made a great leap and development in detection technology. In the past, what could not be found after stopping taking stimulants for two weeks now cannot escape the law of high technology even if the interval is 50-60 days.

However, some prohibited drugs are difficult to find in urine tests at present, such as peptides, hormones and similar products such as erythropoietin (EPO), human growth hormone (hGH), etc., while blood tests can make up for this deficiency.

[Ban] Always Lags Behind the Update of Doping

Stimulants such as amphetamines and ephedrine, which are easy to detect, are gradually decreasing and replaced by various ways that are less easy to detect and can enhance athletes’ personal abilities.

For example, in the 1970s, blood transfusion (athletes draw some blood from themselves to save it and inject it back into the body before the competition, so as to increase the number of red blood cells and deliver more oxygen to muscles, thus improving exercise ability) became popular in the Olympic Games.

This method is also familiar to doctors, and it is also one of the common preparation methods to reduce blood transfusion during surgery. However, it was not until the 1994 Winter Olympics that the International Olympic Committee began to carry out relevant tests.

Erythropoietin (EPO) is a new type of stimulant that has gained popularity in recent years. It was originally a drug for treating blood diseases such as anemia. Because it promotes erythropoiesis and improves the body’s endurance, it is used as a stimulant by many endurance athletes. EPO was banned as early as the 1990s, but people could not detect this stimulant before the 2000 Sydney Olympics.

No wonder some people say that the Olympic Games are not only the venues for sports events, but also the venues for biomedical technology-from now on, the situation is very serious.

And doctors and medical scientists, in this way, quietly took part in such a grand gathering and launched a cat-and-mouse competition.