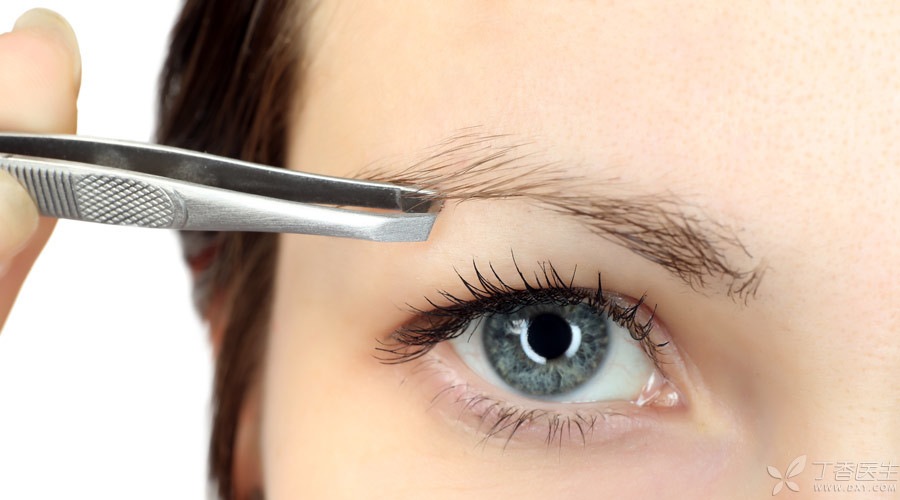 As we all know, the Great Sage Equaling Heaven has a unique skill: pulling out a hair and blowing it lightly can create a big wave of monkey sun.

What is a hair plucker?

According to the literal meaning, the most typical behavior of trichotomy is impulsive trichotomy. Patients will use hands or tweezers and other tools to pull out hair, resulting in hair reduction.

[Hair] here refers not only to hair, but also to eyebrows, eyelashes, armpit hair, pubic hair and other body hair.

[Plucking Fans] People often feel great pressure before plucking. This pressure can only be released through plucking, and they experience happiness, satisfaction and relaxation during and after plucking.

[Hair plucking enthusiasts] will unconsciously repeat this kind of behavior, like conditioned reflex, which they cannot restrain at all.

When people are under excessive pressure or anxiety, plucking hair becomes the main way to release pressure and anxiety and becomes a habit. Some children or adolescent children will pluck their hair for fear of body hair growth.

Plucking hair may also be the same as shaking legs and turning pens. It is just a habitual behavior. Do we really need to go up to the top and treat it as a scourge?

Since it is [addiction] and a psychological barrier, there must be its [dark side].

So, what about what, the main harm of trichotillism?

Patients with trichotomia repeatedly pull out the hair of a certain part. After the hair is pulled out in pieces, areas such as eyelashes, hair or eyebrows may form bald areas, which are not beautiful and affect personal appearance.

The hair is gone when you pull it out, and you are disturbed when you look at it, but you just can’t stop it. Especially the hair, eyebrows and other hair on the head and face, the lack of these hairs has seriously affected the personal image and self-esteem.

What should I do? We have to not go out, go to school, go to work, go shopping, sing k, exercise, walk the dog, buy vegetables… or even take off the list.

These countless [noes] have continuously increased the pressure and anxiety of trichotomia patients, plunging them into a vicious circle and isolating themselves from the world.

Symptoms such as skin infection and scalp hemorrhage may occur in the area where the hair is plucked, while some patients may bite and swallow the hair, which may cause tooth acid erosion, gastrointestinal bleeding or perforation.

A thin hair, however, makes people suffer from both physical and psychological crimes, which has greatly affected the quality of life of patients.

Am I a hair plucker?

According to the onset period, trichotomia can be divided into early type and late type.

The early type often occurs in childhood, and the symptoms will decrease with age. However, delayed onset occurs during puberty and even after adulthood. The prognosis of delayed onset is generally poor. This kind of obsessive-compulsive behavior often lasts for a long time, spanning from several years to decades, accompanied by other anxiety and emotional symptoms, and has great negative effects.

Therefore, how to identify trichotillism, intervene and correct it as early as possible, becomes particularly important.

Then you are likely to have a hair plucking fetish.

Parents need to pay attention to whether their children suddenly have the following behaviors:

If there are children under 12 years old in the family, special attention should be paid to whether the children have unintentional or intentional hair plucking during the following periods:

Early hair plucking often occurs in these periods and may be accompanied by skin scratching, finger sucking, nail biting and other modifying behaviors.

Don’t give up treatment!

As mentioned earlier, plucking is often regarded as a habit and not taken seriously.

Early type and mild trichoplicia generally do not need to worry too much, break away from the stress situation, and the symptoms can generally be eliminated by themselves after being reminded by others or consciously controlled.

However, for delayed onset and severe trichoplicacy, which are usually accompanied by other psychological symptoms, it is recommended to seek professional intervention treatment.

It is worth noting that family factors are one of the important causes of trichoplicacy.

Hair plucking may be a wake-up call for family problems such as tense mother-child relationship, anxiety of separation from parents, excessively strict family discipline, and lack of family care and care.

If these family factors lead to trichoplicacy, one can consider receiving a psychological treatment called “family therapy”.