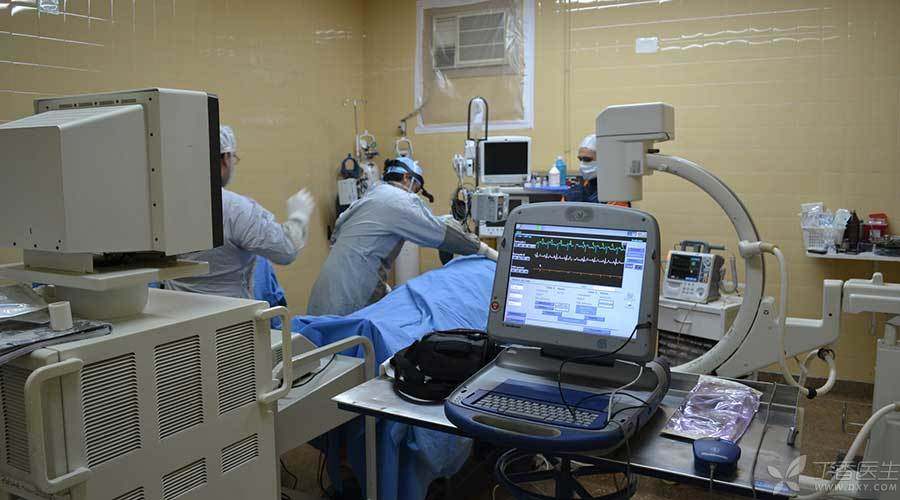 With the change of work and life rhythm and eating habits, hypertension, which threatens the health of the middle-aged and the elderly, is showing a trend of rejuvenation. In the work, it is also found that many patients who need surgery are complicated with hypertension.

Hypertension must have an impact on surgery. After all, surgery is a kind of trauma, and anesthesia, etc. Blood pressure and surgery, anesthesia influence is mutual. However, the size of the impact depends on the physical condition of the patients undergoing surgery.

Let’s look at it in several ways.

If it is only a simple increase in blood pressure, the risk of anesthesia for patients is basically the same as that for ordinary people, but blood pressure fluctuations during surgery are more common. This is mostly related to nervousness and anxiety.

Hypertensive patients are accompanied by complications that are not very serious, such as left ventricular hypertrophy, fundus arterial spasm, slight increase in urine protein or creatinine, etc. When these patients undergo surgery, the anesthesia risk is higher than that of others, but if the blood pressure is controlled within the appropriate range through drugs before surgery, the operation risk will be reduced accordingly.

For example, cerebral hemorrhage, heart failure, uremia, etc., these patients have significantly higher risks of surgery than others. Relevant treatment can be carried out before surgery to ensure stable blood pressure control and improve the function of various organs. It is helpful to reduce the risk of surgery for patients.

As the name implies, blood pressure suddenly rises significantly, usually higher than 180/120 mmHg, accompanied by heart, brain, kidney and other important organs dysfunction. Early control is needed to avoid various cardiovascular and cerebrovascular accidents. The risk of anesthesia for surgery is very high. If conditions permit, the operation should be postponed. Wait until the blood pressure is stable and the organ function is improved, and then the operation is performed.

In short, the longer the course of the disease, the worse the control at ordinary times, the faster the progress, and the higher the risk of surgical anesthesia!

What is the specific risk of what in the operation?

If coronary heart disease or electrocardiogram shows myocardial ischemia, there is a risk of myocardial infarction during operation.

For patients with cerebrovascular accident within 3 months, postponement of operation should be considered.

If there is a history of myocardial infarction within 6 months, the operation should be postponed until further evaluation of treatment improvement.

Of course, some operations cannot be postponed. During the operations, anesthesiologists will monitor the corresponding physiological indexes, control the stability of blood pressure, and try their best to ensure the life safety of the patients undergoing the operations.

How to take antihypertensive drugs before surgery?

Sympathetic nerve inhibitors: For example, clonidine has a good sedative effect. Discontinuation of such central anti-pressure drugs can cause severe blood pressure rebound during operation and should be continued.

Calcium channel blockers: such as nifedipine, can improve the balance between supply and demand of myocardial oxygen, and can increase the effects of anesthesia, analgesia, muscle relaxation and other drugs. They should continue to be taken.

Receptor blockers: such as atenolol, etc. Patients who take it for a long time have decreased tolerance to anesthesia, hypoxia, trauma and other diseases during surgery. Moreover, this kind of drugs and narcotic drugs can promote each other’s effects and increase the risk of hypotension and bradycardia during surgery. Before surgery, appropriate reduction should be made under the guidance of doctors.

ACEI drugs: such as captopril, can aggravate the loss of body fluid during the operation, but the effect is relatively mild, and the dosage is adjusted as needed before the operation.

ARB drugs: For example, losartan has strong effect. It is recommended to stop using it on the day of operation and continue to take it after the body fluid volume recovers after operation.

Potassium excretion diuretics: For example, thiazides will increase the difficulty of blood pressure regulation during the operation. Long-term users can cause hypokalemia, hyposodium and reduction of blood volume. It is recommended to stop using diuretics 2-3 days before the operation.

Adrenal inhibitors: For example, reserpine, long-term users, is extremely sensitive to the cardiovascular inhibitory effect of anesthetics, which is easy to cause blood pressure and heart rate reduction during the operation. It is recommended to stop using reserpine 7 days before the operation and take other antihypertensive drugs instead.

May there be what changes in blood pressure after surgery?

The effect of surgery on blood pressure has two aspects:

For hypertensive patients, blood pressure usually increases to different degrees within 48 hours after operation. Generally speaking, doctors will also monitor the patient’s blood pressure and other conditions after surgery so as to deal with problems in time.

For patients with hypertension, they should pay more attention to controlling their own blood pressure at ordinary times to avoid the damage of important organs caused by long-term high blood pressure. When surgery is needed, the influence of hypertension on surgery can be avoided to the greatest extent.