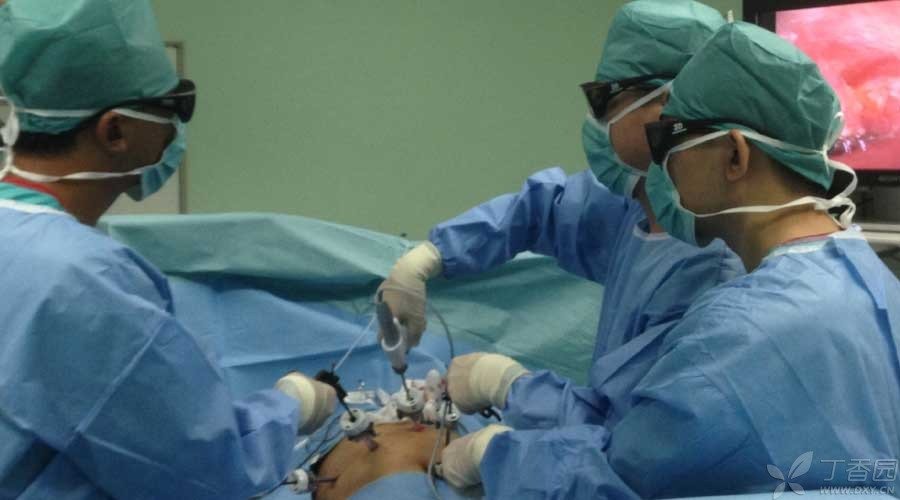 All kinds of mirrors in medicine should be familiar to everyone, Gastroscopy, colonoscopy, cystoscopy, etc. It’s called [mirror], As the name implies, it is used to see, what mirror is to see where. Therefore, laparoscope was originally used to investigate the interior of the abdominal cavity. However, unlike gastroscope, colonoscope, etc., it enters organs through the natural cavity of the human body. Laparoscope needs to make a hole in the abdominal wall to see. The earliest clinical application of laparoscope occurred in 1901.

Later, people gradually realized that Laparoscopy can not only see, It can also be operated. Therefore, In 1986, Some doctors began to do experiments on animals. Perform laparoscopic cholecystectomy. In 1988, the world’s first laparoscopic cholecystectomy was completed in France. In 1989, a video of the operation was shown at a medical conference in the United States, which caused a great shock in the surgical field all over the world. At that time, many people were questioning that this kind of operation, which could not directly see the abdominal cavity, was irresponsible to patients.

How to do laparoscopic surgery?

After the patient is diagnosed with cholecystolithiasis and has clear surgical evidence, he should first complete all preoperative examinations in the outpatient department, and be admitted to the hospital after excluding contraindications to the operation. The operation will be performed on the day of hospitalization or the next day.

After being inflated, Withdraw from the pneumoperitoneum needle, insert a cannula with a diameter of 1 cm (the professional term is called poking card) in the same incision, withdraw from the core, leave the sheath, and enter the hard mirror through the sheath. As a laparoscopic video system, the situation in the abdominal cavity is displayed through the bedside display in real time to serve as the doctor’s eye. Therefore, most of the time during the operation, the doctor does not see the patient to watch [TV].

By observing the interior of the abdominal cavity, the doctor selects 2-3 suitable operation points on the abdominal wall, draws a small opening of 0.5-1.5 cm, and inserts the stamp card through the small opening to allow the operation instrument to be inserted (such as separation forceps, electric hook, etc.). The above text can be simplified to the following figure. 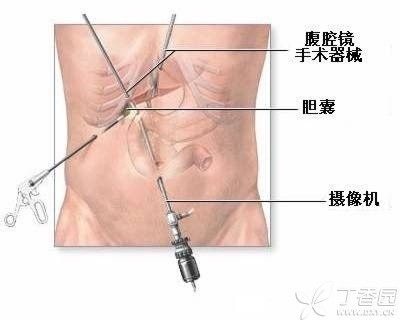 At this point, even if we are in front of each other, The following is the incision. There is no need for a knife to remove it. No hands, But through one by one slender instruments pull, electrocautery, make the tissue layer by layer separated, severed. Finally cut off the gallbladder through poking card hole pulled out of the body, the operation is over. 0.5 cm incision, without sewing needles, stick a band-aid. 1 cm incision, subcutaneous sewing a needle, epidermis stick a band-aid. The whole process of the operation is about 1 hour.

Advantages: Compared with laparotomy, laparoscopy has the advantages of [minimally invasive], i.e. Small incision, which brings the following benefits: less psychological pressure of patients before operation; Less intraoperative bleeding; After the operation, the recovery is quick, no analgesics are needed, the mood is pleasant, and the activities can be carried out on the same day. After recovery, the scar is small.

Disadvantages: The limitation of laparoscopic surgery also lies in [minimally invasive]: the visual field during surgery is not as good as that during laparotomy, and some complicated situations cannot be seen; In vitro operation space is limited and complicated operation procedures cannot be completed. Therefore, laparoscopy can only be applied to simple operations with less bleeding at present.

These limitations of laparoscopy are exactly where medical workers are trying to break through. Laparoscopic surgery has a history of less than 30 years. Surgical instruments have been innovated at an astonishing rate, The appearance of various instruments greatly facilitates doctors to complete various operations such as cutting, suturing, clamping, breaking and kissing under laparoscope. Now, 3D laparoscopic technology has been applied. Doctors can wear 3D glasses similar to those in cinemas and perform surgery on the screen, so that they can feel the situation in the abdominal cavity more personally. The picture is a 3D laparoscopic surgery site.

How should patients choose?

Regarding laparoscopy, the most frequently asked question by my relatives and friends is: “Do I need laparoscopy for this operation?” ] My answer will always be four words: [Listen to the doctor.] Although psychologically, a relative and friend who understands medicine is more reliable, in fact, I must not have as much basis for making decisions as your attending doctor. Since you decide to let him operate on you, you must trust him completely, which is also good for improving the success rate of the operation.