It is normal for each of us to experience nervousness, uneasiness and even scratching our hearts at certain moments or periods due to some experiences, such as debts, homework or papers.

However, some people often feel strongly uneasy and even affect their normal life. At this time, psychiatrists are required to carry out special treatment.

So, how do we know if our anxiety level has reached the level of [anxiety disorder]?

Yes, it is not easy:

On the one hand, there are many manifestations of [anxiety disorder]: chronic anxiety, panic attacks, phobia, social fear… each has different characteristics; On the other hand, the boundary between [normal anxiety] and [anxiety disorder], like the border, is not always very clear.

However, we can still give you some reference information.

If you don’t often have any of the following situations, you need to consider going to the psychiatric clinic of the general hospital or mental health center to seek further diagnosis from a psychiatrist. 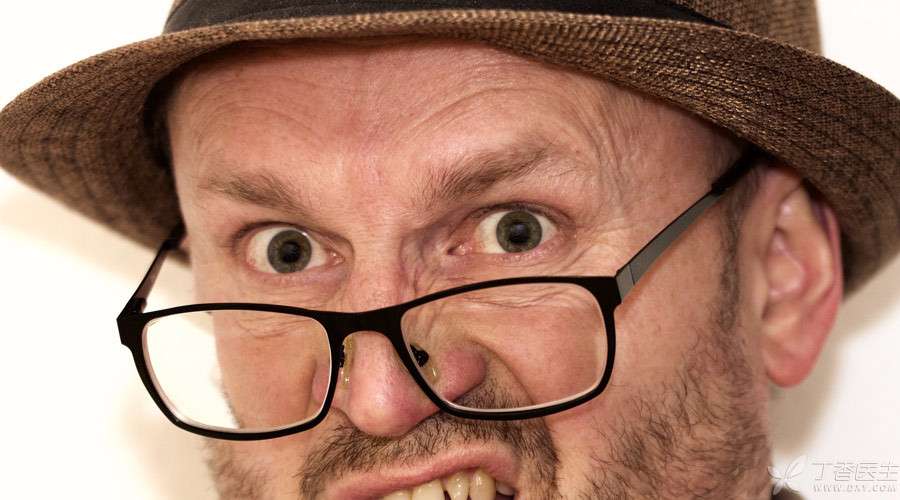 Among the anxiety disorders, the diagnosis of generalized anxiety disorder is the broadest. The common characteristic of this kind of patients is that they are too worried about the major and minor events in life.

You will surely think, what called it “too much”?

In the diagnostic criteria of [generalized anxiety disorder], patients have at least four days a week for at least half a year, and their worries about major and minor events affect their daily life, and they feel [physically weak] [mentally tired].

Among them, [affecting normal life and making people modestly tired] is very important, which is the dividing line between normal anxiety and anxiety disorder. 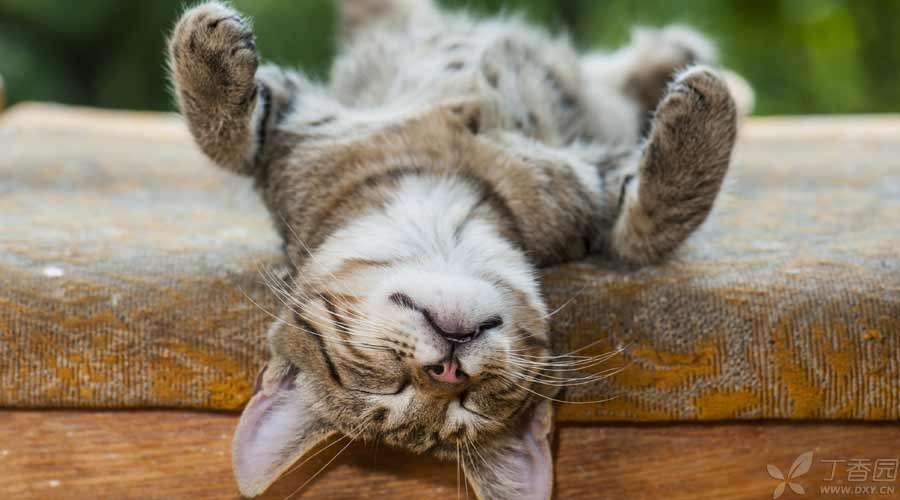 Difficulty in falling asleep and being unable to sleep are related to many physical conditions. Normal people toss and turn with their eyes open on the eve of some special moments, such as long-distance travel, public speeches, important examinations or interviews. I believe many people have had similar experiences.

However, if you are always anxious and worried before going to bed because of some lingering problems or for no reason at all, you may suffer from anxiety disorder.

It is estimated that at least half of patients with generalized anxiety disorder have sleep problems.

In addition, when you wake up, your mind starts to stop [thinking about problems], and you can’t stop at all, which may also be a manifestation of anxiety disorder. 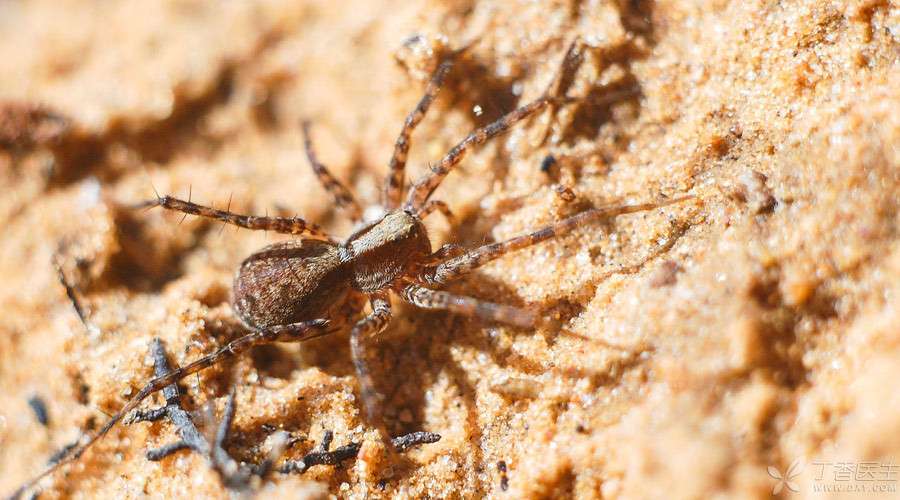 Some anxiety disorders are not [extensive] at all. It is certain things or things that cause the onset of symptoms, such as weightlessness, certain animals, crowded occasions, etc.

If the fear you experience has the following characteristics, then you may suffer from phobia:

[Fear] Like a boulder pressing on the top: flustered, sweating, feeling dying, it’s really maddening; [Fear] There is nothing else to do: it is useless to divert attention, it is useless to deliberately calm down, you must leave the event/occasion/thing that scares you immediately, immediately and forever; [Fear] is beyond the control of reason: you clearly know that your fear is [irrational], but you are just afraid and almost [scared to urinate].

Most phobic people will not realize that they have phobia until they face events, occasions or things that make them [out of control and out of fear]. 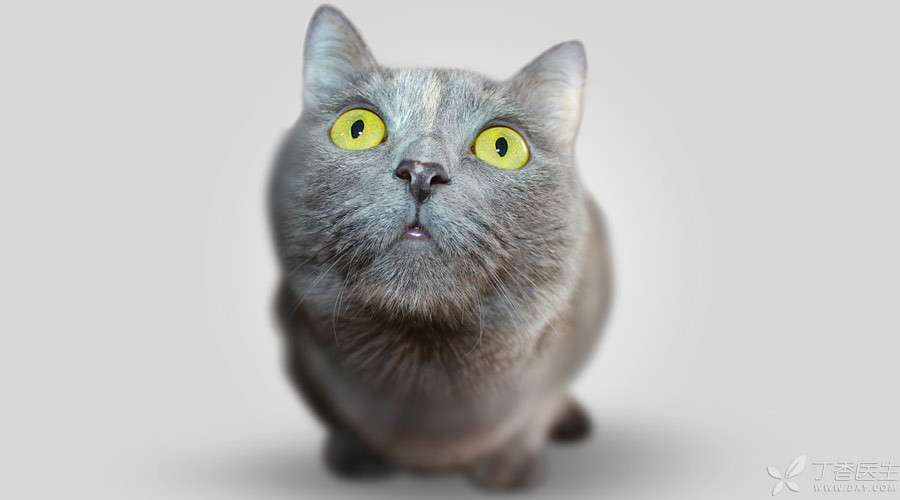 Persistent muscle tension, manifested by any of the above movements, often occurs in patients with anxiety disorders. Patients may even get used to this state after a period of time and are completely [unaware] that they are tensing up.

Regular exercise can help us relax our muscles, while interruption of exercise caused by various reasons may make our muscles more tense.

Not only that, the anxiety disorder brings anxiety and inexplicable irritability at the same time may also erupt due to [no way to vent]. 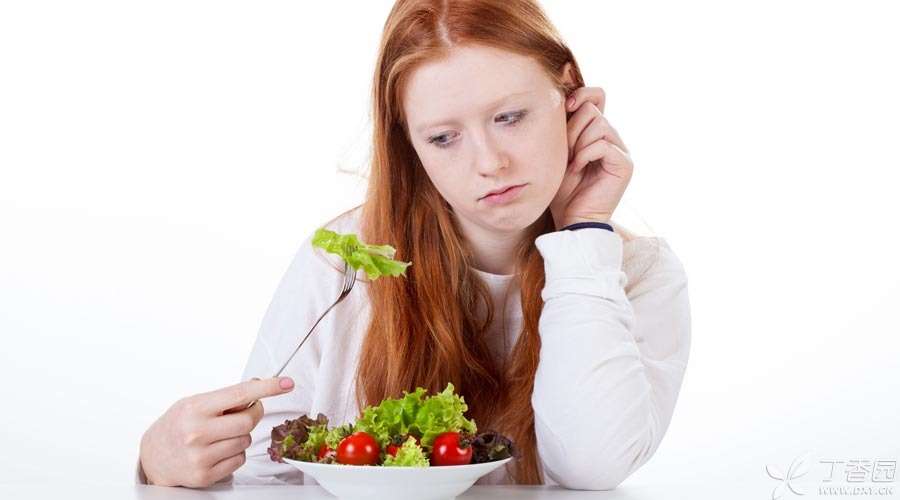 Anxiety disorder is a kind of [heart disease], but it also brings a series of physical symptoms including dyspepsia.

For example, there is a digestive disease called irritable bowel syndrome (IBS). The main symptoms include stomachache, belly distension, hiccups, constipation, diarrhea and other digestive symptoms, which are considered as manifestations of digestive system [anxiety].

In other words, although anxiety disorder and IBS do not always occur at the same time, they will form a [vicious circle] and aggravate each other’s symptoms. 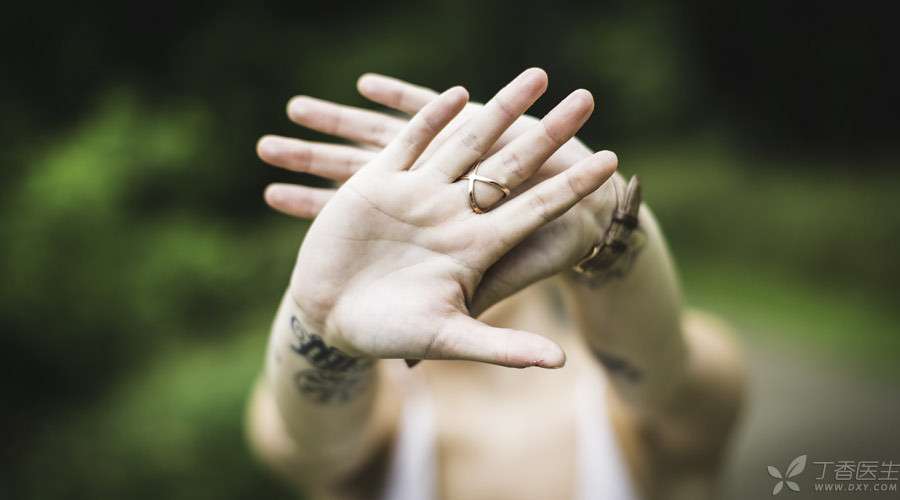 Six, it is very difficult to speak in public

Most people feel a little nervous when they speak under the public eye or before they speak on stage. However, if this nervousness or fear cannot be eliminated even after training and practice, or if it becomes a huge rock that cannot be removed from your heart, then maybe you suffer from social phobia.

Social fear patients start to worry several days or even weeks before the speech, attendance and other things that they are particularly concerned about happen. Suppose they (unexpectedly! ) Successfully overcame their fears, walked out of the house and completed the thing they had been worried about, then for a long time they would spend a lot of energy worrying about whether they had misbehaved how at that time or whether others would have a what view of him. 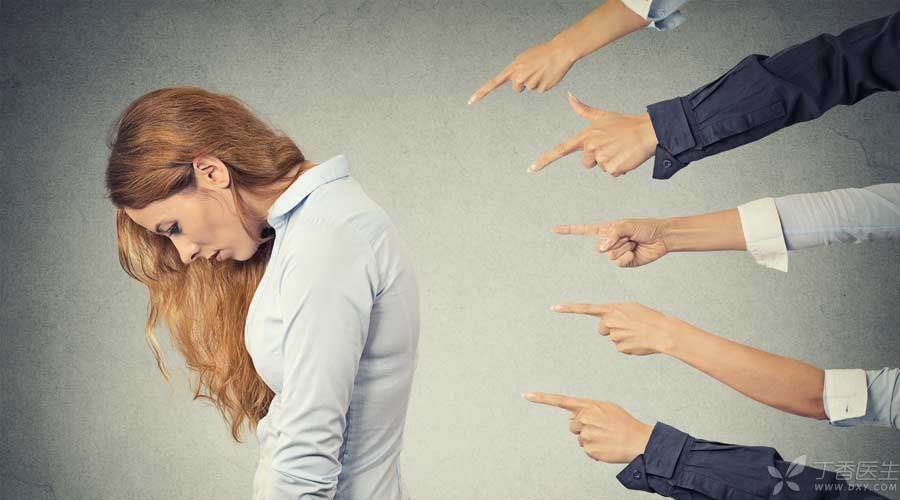 Seven, feel that the people around you are paying attention to themselves

People with social fear disorder do not all have the opportunity to attend grand occasions and need to speak in public. More often than not, they will feel embarrassed by talking one-on-one with people or eating and drinking in public.

At this time, patients with social fear will feel that the people around them are looking at themselves. They can’t help blushing, heartbeat and sweating. They feel very embarrassed and don’t even know how to say anything.

This makes it difficult for them to make new friends or fall in love smoothly, and even their performance in school and the workplace is affected. 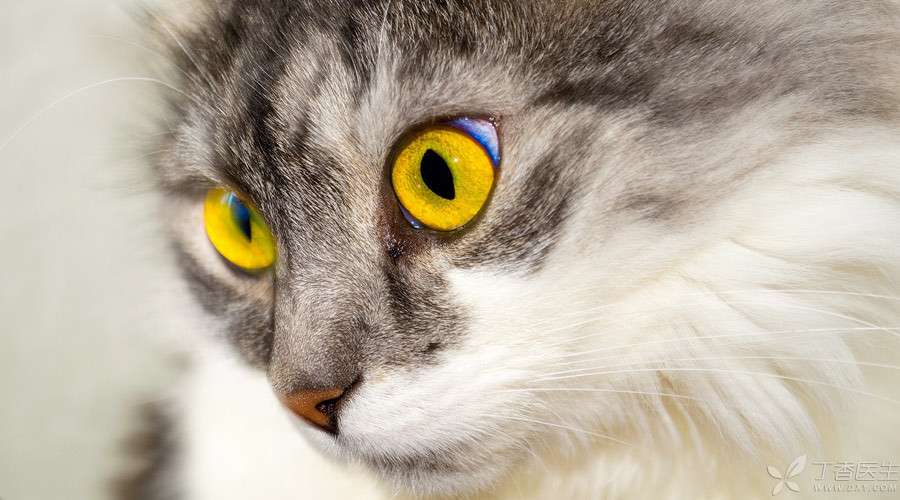 Sometimes, some people will suffer from such symptoms without warning:

Within a few minutes, I suddenly felt very strongly afraid, helpless and even as if I were dying. The heart seems to be about to jump out, which makes people uncomfortable for a long time. My hands and feet feel numb and stabbing, making me unable to exert my strength, and my palms and hearts are covered with sweat. Dizzy, unable to move; Chest pain or stomachache; Feel as cold as jumping into a glacier, or feel too hot.

This is the [panic attack], which anyone who has experienced will never forget.

Panic disorder patients live in fear and are always worried about [the next moment]. They will take the initiative to avoid places where panic attacks have occurred.

If you have experienced that feeling, you can certainly understand them. However, it is also worth understanding that this obstacle can be cured. 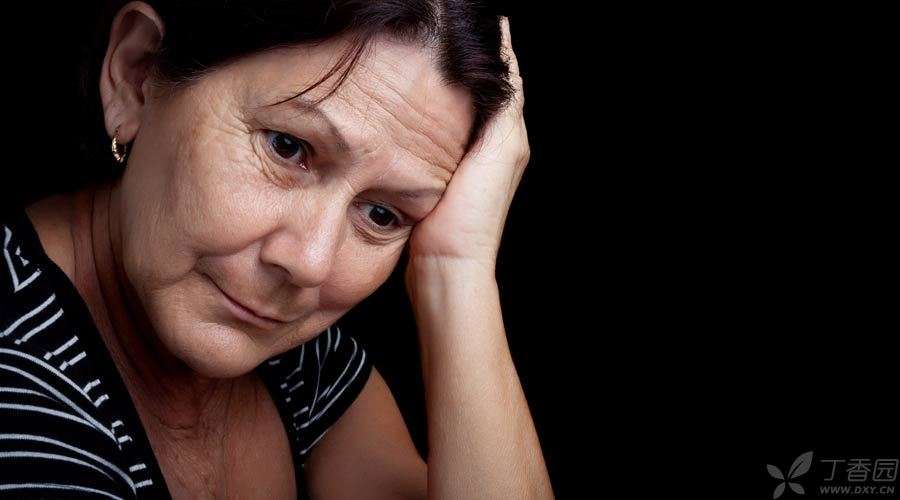 Terrible memories suddenly rush into my mind and I have to experience the chaos, terror and helplessness I fell into at that time. This is one of the typical symptoms of [post-traumatic stress disorder], and so will some anxiety disorder patients.

The [flashback] memory of anxiety disorder patients is generally not [traumatic events] such as car accidents, the death of loved ones, and natural disasters, but embarrassing and embarrassing things such as being laughed at in public.

In addition, patients with anxiety disorders with similar symptoms will actively avoid things and occasions that remind them of those things. This is also very similar to the performance of post-traumatic stress disorder. 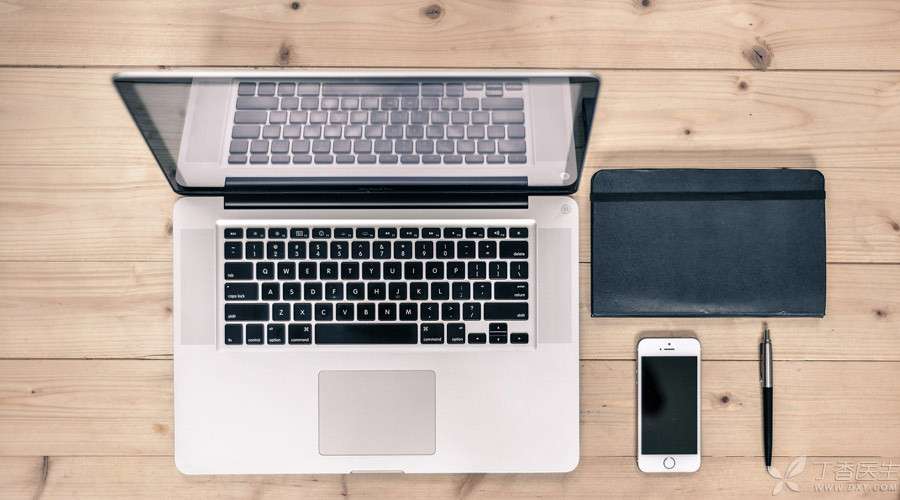 If you are always dissatisfied with yourself, or if you are always worried about making mistakes or [failing to meet the standards], then you may suffer from anxiety disorder.

Perfectionists are more common in patients with obsessive-compulsive disorder, which has been a member of anxiety disorder for a long time in the past-even in some diagnostic manuals still in use today.

Perfectionist obsessive-compulsive disorder patients will fall into serious anxiety if they cannot complete their planned work.

For example, if there are patients who cannot dress themselves properly according to their own requirements, if there is something wrong in the middle, they will have to start over. Even if it takes three or four hours, the patient cannot go out before dressing properly. 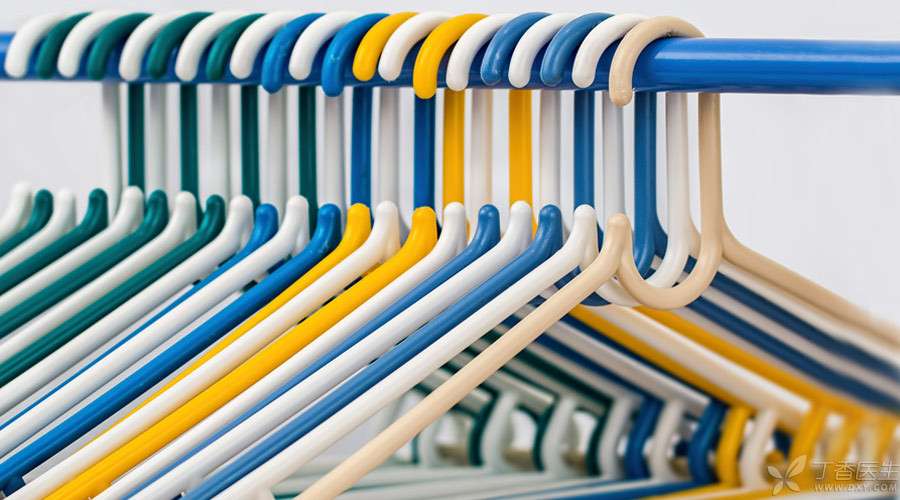 Patients with typical symptoms of obsessive-compulsive disorder will keep repeating a specific word or a specific word in their mind, or whisper it out softly, or repeatedly wash hands, check doors and windows, straighten things, etc.

If this action cannot be done, that is to say, if the compulsive impulse created by the compulsive concept cannot be satisfied, people will be extremely anxious and will desperately want to press down that anxiety through compulsive action. 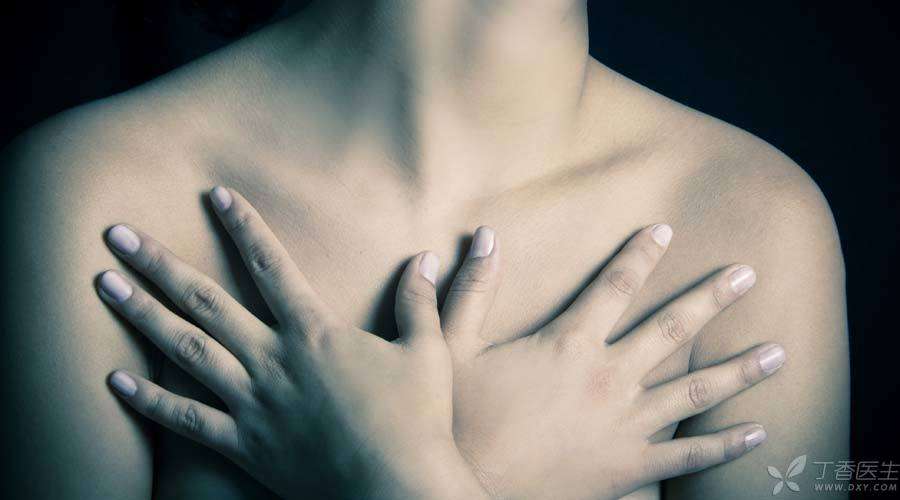 Strong self-doubt and over-and-over thinking are also common in patients with anxiety disorders such as generalized anxiety disorder and obsessive-compulsive disorder. Most of the time, the thinking problem is related to [I am from how].

For example, one may think: Am I gay? Or, am I [good-looking] or [not good-looking]? Is my little brother too small?

Normal people will observe, confirm or falsify, and then the answer to this question will become more and more certain.

However, in patients with generalized anxiety disorder, such problems have become the source of [anxiety]. Patients will not take the initiative to take actions to prove or falsify, but will [worry] about this problem.

In patients with obsessive-compulsive disorder, there is no definite answer to this question. Whenever there is evidence that it may be an answer, evidence of refutation will immediately come out of their minds to see if it is another possibility.

For obsessive-compulsive disorder patients, the [definite answer] is too important, [possibility] is not a [answer], it represents a problem that needs to be considered carefully.