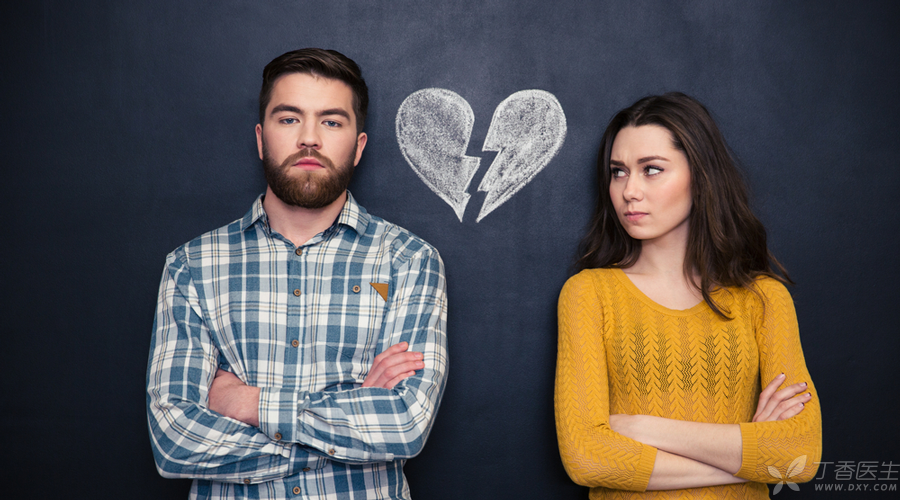 How to evaluate the quality of a love relationship?

In fact, there is only one most accurate evaluation criterion: if both of them agree, it is really good.

In the psychological counseling of love and marriage relationship, the cause of many emotional problems between partners is attributed to something called “consistency illusion”.

Is what an illusion of consistency?

In short, both partners think that certain behaviors and events have the same emotional significance to both of them.

Couples immersed in love always believe confidently that their three views are completely the same and there is no possibility of any differences.

However, old drivers all know that this is an illusion after hormones triumph over rationality.

Therefore, once one partner discovers that the other half is inconsistent with his own three views, it is undoubtedly a disaster for TA.

How could he do such a thing? ]

How could she think that? Do you feel that way? ]

In the end, disgust breeds and war is imminent.

[If that happened to me, I wouldn’t do that. TA has gone too far! ]

[I can’t believe it! TA must have a character problem! ]

The absurd thing about the illusion of consistency is that it ignores the basic principle of attraction of the opposite sex.

Our initial throbbing often comes from each other’s difference.

Imagine a clone of your own, wearing the same clothes as yourself, and then surrounding yourself all day long. How boring it is to be your closest partner, you may even begin to like being alone.

Apart from having different parents, you are different in many ways.

Different hobbies (one cried when watching Korean dramas, and the other stayed up all night to watch the ball);

Different personalities (one is quiet and composed);

Different social identities (one is the Devil Wears Prada and the other is the super dad);

Different social circles (one is surrounded by their own fashion bloggers, and the other is close to Cheng Xuyuan every day).

You will certainly have many different life experiences and emotional experiences (she may be the first girl you fall in love with, and you may be the lover she finally decides to stay together).

Since there are so many differences between the two, how can they have the same view?

Originally, these differences were exactly the important reason why the two attracted each other.

However, when the two people are together for a period of time, the novelty gradually fades away and the difficult phase of character adjustment begins. Emotional partners will begin to complain about the characteristics that once attracted them most.

[I used to like you when you were so energetic. But you don’t have to jump up and down. Take it easy! ]

[I used to like you very calm, but I don’t like talking to dead people. Cheer up and do something! ] 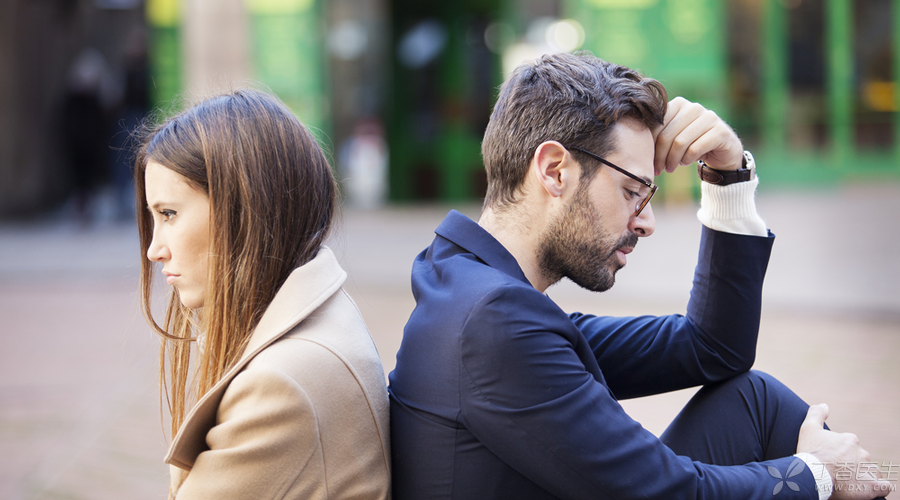 What if something goes wrong?

Contradictions have accumulated over time, but both sides do not want to give up their former beauty easily, so they find a psychological consultant for treatment.

When they first enter the counseling room, these partners will complain to each other, scoff at each other’s ideas, and will be very emotional.

The counselor’s job is to help them find new ways to manage their emotions. They must get rid of the thinking habits of the [infant] brain, such as blame, negative, escape, etc. Establish a new [adult] brain thinking mode and learn to improve, appreciate, connect and protect.

With the help of consultants, couples will soon realize that bad habits in the process of interaction between the two parties can be completely avoided. They only need to appreciate each other’s differences and use them to improve their relationship.

Most of the unhappiness in the past was due to the fact that both parties could not appreciate the beauty brought by the differences, and were obsessed with asking each other to live according to their own habits, thus being mired in useless struggles at the same time.

How to avoid problems?

If the problem between you and your partner has not yet arisen, or has just arisen but has not threatened your relationship, congratulations, now you can nip the problem in the cradle through your own efforts.

For most partners, the main reason for the problems caused by the inability of two people to understand each other can be attributed to the following three differences:

1. Differences in the rhythm of life 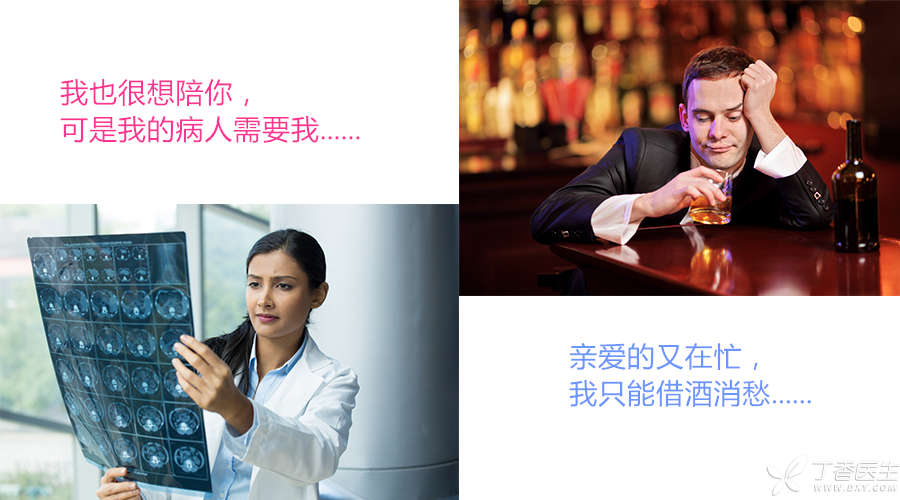 (1) One is very busy and the other is very idle.

[Alas, you always ignore me.]

One of the partners is likely to be slightly busier than the other. Pay attention when doing things. However, it is easy for one of them to look indifferent and neglect the other person by increasing his attention.

When we are seriously doing things but are disturbed, anger will hit like a scourge. Generally speaking, the more focused the original attention is, the more difficult it will be to refocus after getting angry because of anger.

(2) How to avoid sudden conflicts?

First of all, the angry party must realize that most of the anger is due to physiological reasons, it is unfair to blame the partner, and it is even more difficult to calm down after quarrelling. Manage your emotions rationally and be prepared to spend more time and energy to calm down again.

As the other party eager to be noticed, please remember that TA is as difficult to refocus as you are, and positive interaction should be based on the fact that both parties are free.

2. Differences in ways of thinking 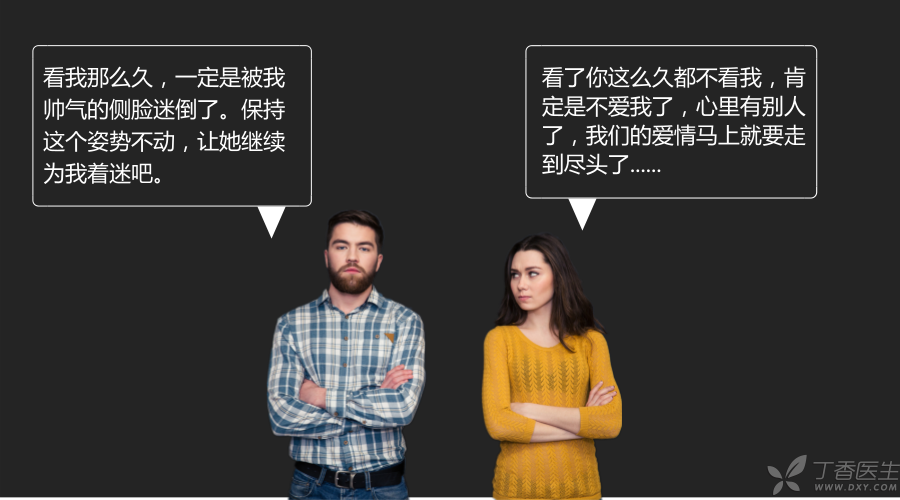 (1) According to the principle of attraction of the opposite sex, two people who can usually attract each other and become partners always have different ways of thinking.

For example, chestnuts: when you and your lover saw a tree while walking, you may suddenly think of the old locust tree on which you leaned when you first kissed, but his brain hole may be like this: [trees are wood, wood can be used to make floors, oh by the way, the floor of my studio hasn’t decided which one to choose yet.]

So, when you look at him affectionately: [dear, I still remember when we kissed for the first time…] he may suddenly jump out and say, “do you think it is better to choose solid wood or composite wood for my studio floor? ]

This is very embarrassing. Is your brain too big or is his logic wrong?

Don’t stick to your own mode of thinking, be tolerant and look at differences rationally. Different ways of thinking will create more sparks of wisdom.

Accept each other’s way of thinking and you will find how interesting it is to think from different angles about the same thing.

Character is interpreted as the energy and emotional tone of dealing with feelings in an intimate relationship.

Looking at the so-called energy first, people with more inner energy are often activists, and love will speak out boldly. However, the other kind of people always think more than say, and it is really difficult to hear TA say that they love you.

The so-called emotional tone refers to positive and negative external manifestations. Take life anxiety as an example. The same situation will make one party feel anxious while the other party is not.

Similarly, according to the principle of “attraction of the opposite sex”, people with [different] personalities are more likely to develop into lovers.

Although we will be attracted by opposing characteristics, we will not become each other when living together. For example, differences in life anxiety may lead to the following quarrels:

How will you make money in the future if you don’t work hard? ]

[Don’t worry, the future is bright, you also don’t worry about snacks.]

At the same time, the two sides must also understand that they are different and can still accept each other’s original appearance after the passionate love period.

Even if you have differences in life rhythm, way of thinking, character and other aspects, communication is still the best way to solve the problem.

Include each other, seek common ground while reserving differences, and let differences add more highlights to your life.