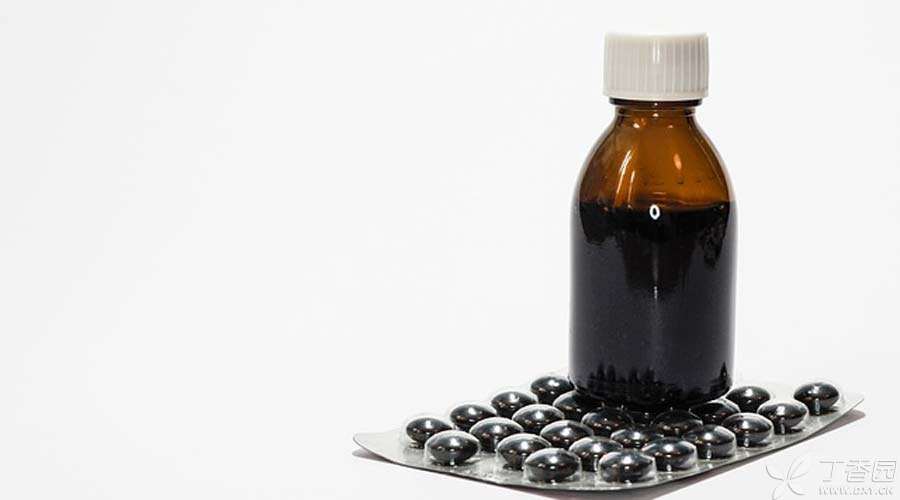 The most consultation I received on Weibo is probably what to do if my baby eats too much cold medicine and eats it wrong. After all, cold medicine is the most commonly used and easily bought medicine for young parents.

Early in the morning yesterday, some netizens anxiously consulted on my microblog: [My baby was two years old and three months old. He took ammonia cafe Huang Min oral solution. He ate too much and should eat 2.5 ml at a time. As a result, he ate 10 ml, 10 ml and 25 ml three times a day. The vomiting was unsuccessful and there would be side effects of what? What should we do? ]

I immediately asked her to upload the photos of the medicine package to me and tell me the weight of her baby. After confirming that the effective ingredients in the medicine are indeed excessive through weight dose conversion, I suggested that she take the baby to the hospital for medical treatment and monitor the liver and kidney function.

In the public’s perception, cold medicine is harmless, young parents casually buy it in pharmacies for sick babies to take. In fact, this is a fatal mistake of parents.

Excessive antiallergic ingredients in cold medicines can be fatal.

This is not a case.

Chlorphenamine maleate is [chlorpheniramine], which is found in many cold medicines.

As a result, FDA organized a pediatric advisory committee. At the meeting, experts discussed the benefits and risks of using cold drugs for children. They believed that colds are self-healing diseases. Cold drugs cannot remove the root of the disease, shorten the course of the disease, and may also bring harm.

As a result, experts reached a consensus at the meeting:

FDA implemented this consensus, requiring pharmaceutical companies to print this sentence on the outer packaging and instructions of children’s cold medicines produced later. This consensus has continued to this day, and many manufacturers of large brands of children’s cold medicines have directly raised the age not recommended to 6 years old, stating directly in the drug instructions [not for children under 6 years old].

Excessive antipyretic ingredients in cold medicines can cause liver injury.

These drugs do not need a doctor’s prescription. Parents can buy them from retail pharmacies and use them for their own judgment. In this way, there is great randomness in sales and use, and it is easy to overdose due to the superposition of ingredients. 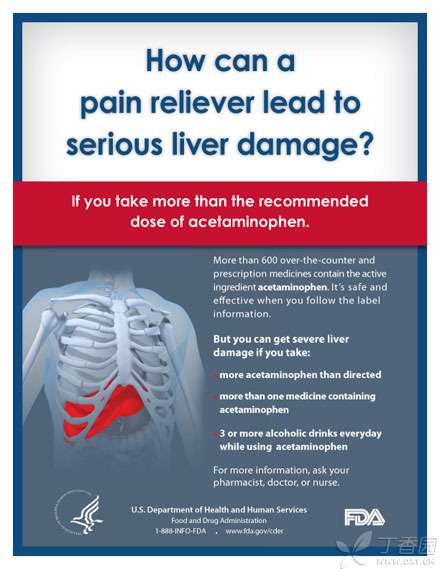 1. Take acetaminophen in excess of the prescribed dose;

2. Taking a variety of drugs containing acetaminophen at the same time;

Generally speaking, if you take an excessive drug component, we will recommend observing the patient’s reaction. However, liver injury caused by excessive acetaminophen will not show directly observed changes, and liver function can only be monitored by testing.

Fortunately, acetylcysteine can be used to detoxify acetaminophen poisoning.

Therefore, it is very important to seek medical treatment at the first time after excessive amount. Early use of antidote can effectively avoid liver damage.

At the beginning of this article, the netizen consulted about the ammonia cafe Huang Min oral solution, which is a kind of children’s cold medicine containing both [chlorpheniramine] and [acetaminophen]. In the drug instructions passed to me by this netizen, I also found three potential safety hazards, and here I would like to give parents a warning.

2. For the same drug, there is also a specification that the content of various components in 10 mL is less than half.

3. The word [adult] is missing before [oral administration], thus burying the hidden danger of using the wrong dose. 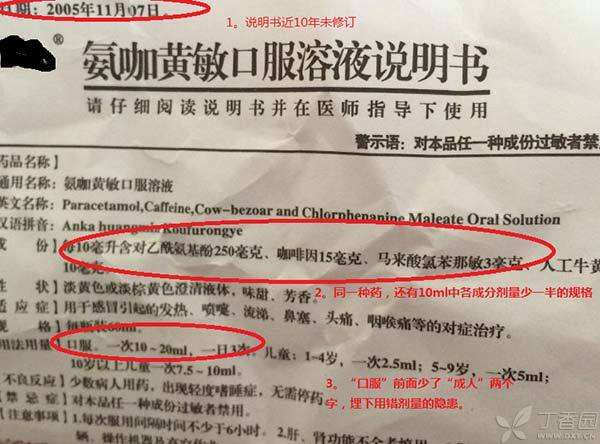 Why do you say these three points are potential safety hazards?

We often say that drug instructions are the most basic and main source of drug information for doctors to prescribe, pharmacists to guide and patients to take drugs, and should be constantly revised with the development of medicine and clinical use.

In this instruction manual, it is only mentioned in the Precautions column that [the simultaneous use of acetaminophen antipyretic and analgesic drugs will damage the kidney], but it is not mentioned that it will damage the liver at all, which is no longer suitable for guiding clinical medication.

If you can buy drugs with the same name and two specifications, and the concentration of the ingredients is twice the same, then the dosage will also be twice the same.

Speaking of which, I think of FDA’s supervision of Tylenol, an antipyretic drug.

As early as 2011, there were two different concentrations of tenolin solutions on the U.S. Market, 5 ml: 500 mg and 5 ml: 160 mg respectively. Because the names of the drugs are the same but the contents are different, parents often confuse the two and give children the wrong drugs.

After FDA saw these cases of wrong drug use from the collected adverse drug reaction reports, it issued a regulation requiring the uniform specification of this children’s drug to be 5 ml: 160 mg in the U.S. Market, which greatly reduced the number of wrong drug use incidents in the United States.

At present, in China, Tylenol solution still has two content specifications. In clinical practice, I also encounter cases of overdose due to mixing specifications from time to time. I hope China can unify the specifications as soon as possible.

3. The usage and dosage do not indicate that [adults] bring hidden dangers.

In addition to blaming these people for their carelessness, we must also point out that there are defects in the design of drug instructions. If the word [adult] is added, this part of drug use errors can be effectively intercepted.

Parents, please carefully check the dosage of the instructions before each feeding, so as not to give the wrong dosage by experience and intuition.

While reminding parents to be alert to the hidden dangers of these children’s cold drugs, in fact, I would like to call on the drug regulatory authorities to take up their responsibilities, strengthen the supervision of the use of children’s cold drugs and the revision of drug instructions, eliminate these hidden dangers of using the wrong drugs from the source, and provide real protection for the safe use of drugs for children.