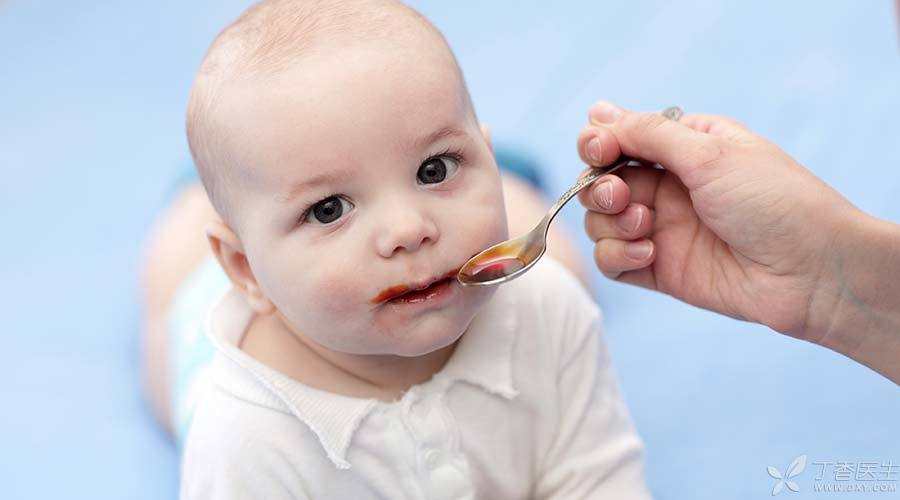 A mother who does not know the common sense of parenting is really not a good mother.

You are full of love, but if you give your child the wrong medicine, it is not worth forgiving.

There are too many pits in the process of giving drugs to children. Let’s learn to jump the grid to avoid them.

Once there was a kindergarten in Xi’an that gave healthy children a batch of [virus spirit] (moroxydine hydrochloride), saying that the purpose of medication was to prevent virus infection. It was only after the incident came to light that everyone noticed that the drug could only be used to treat certain viral infectious diseases and could not be used for prevention. Even if it is used to treat colds, it is not a commonly used drug.

This is only the tip of the iceberg. Kindergartens that collectively spray [ribavirin] (ribavirin), drink isatis root and spray oral disinfectant to children during morning examinations are what’s ones that convince you that these drugs will have the effect of preventing influenza virus or other viruses?

Apart from vaccines, there is no magical drug to prevent influenza virus in the world. Be awed by drugs! Don’t give children medicine easily!

The common cold, however, does not have any effective preventive drugs. It does not take medicine for seven days, takes medicine for a week, and has no special drugs for what in treatment.

In addition, many families always have isatis root, believing that drinking it to their babies during the flu epidemic season can prevent colds. Parents are reminded again that isatis root is also a medicine, and there is not enough evidence to prove its effectiveness at present. Do not take medicine to their children casually.

Some parents will give their children drugs that they have taken that they think are effective and halve them according to the adult dose. They think that as long as the dose is halved, there will be no problem.

In fact, children are not reduced versions of adults. It is unscientific and dangerous to give children drugs by halving the adult dose.

Therefore, you cannot give your baby adult drugs at will, even if the dosage is reduced. Some drugs do not have special use for children. At this time, doctors should judge whether they can be used for children.

Foreign goods must be better than domestic goods.

Due to the frequent occurrence of drug safety problems in China, parents will be more inclined to choose sea-panning drugs, which is actually very risky.

First, due to language barriers, many parents cannot understand the real use and usage of Haitao drugs.

For example, when panning, merchants may exaggerate its curative effect and say it is a universal ointment that can be eaten. However, in fact, its indications in the United States are used to refresh the mind and relieve fatigue. The users are over 2 years old, up to 3-4 times a day, and doctors should be consulted for use under 2 years old.

The main ingredient in it is Lithospermaceae. FDA has issued a hepatotoxicity warning on its oral supplement and does not contain external dosage forms. Therefore, external application should avoid crushed skin to avoid hepatotoxicity.

Second, due to the lack of supervision by online merchants, it is difficult to ensure the quality of drugs and obtain timely adverse reaction information of drugs.

For example, some people have found ointments to relieve tooth discomfort. The list of ingredients contains benzocaine. In fact, because this ingredient may cause serious methemoglobinemia, the drug regulatory authorities in China and the United States have issued warnings to the public to prohibit the use of ointments containing this ingredient for children under 2 years old.

Health products are eaten as sugar.

For example, many mothers give their children sea-panning [candy bear], This is a child multivitamin, Good taste and lovely appearance, Children love to eat very much. There are many cases of excessive bear candy reported abroad, all of which are caused by adverse reactions when parents do not pay attention to children’s accidental taking. Therefore, parents must pay attention to the fact that eating too much health care products will also lead to poisoning. They must tell their children in advance that this is not sugar, and they must put health care products in places beyond children’s reach or lock them into cabinets.

At present, many parents like to exchange parenting classics in private. They have great trust in the supplies and drugs recommended by their friends. They use them privately for their children without going through pharmacists or doctors. The hidden danger is not small.

Because each baby’s condition is different and the cause of illness is also different, the doctor should determine which drugs need to be used and how to use them after judging the patient’s condition, instead of believing the recommendation of friends or acquaintances and taking certain drugs to the baby privately.

In fact, the use of antibiotics should be viewed rationally. Antibiotics are prescription drugs, and parents are not in favor of using antibiotics for their children on their own initiative. However, if the doctor clearly diagnoses bacterial infection and prescribes antibiotics when seeing a doctor, he should follow the doctor’s advice and take enough treatment courses, instead of blindly refusing with rejection psychology.

When antibiotics are used, there are also some misunderstandings that need to be avoided:

First, stop using antibiotics immediately after the disease is cured. In fact, it is easy to cause bacterial drug resistance without enough treatment course. Second, When antibiotics don’t work well, change dressings immediately. Bacterial infection is a gradual process, It takes about 2-3 days to see the effect, It is not that a single dose can achieve immediate results, Therefore, don’t stop using or change antibiotics frequently. Third, the more new the antibiotics, the more expensive the better. Some patients require doctors to prescribe three generations of cephalosporins as soon as they enter the hospital. In fact, no one is more severe than anyone. Different infection sites have different pathogenic bacteria, so different antibiotics are aimed at different pathogenic bacteria.

Many parents have an illusion that the more medicine they take, the faster the disease will get better. Therefore, traditional Chinese medicine is added with Western medicine and multiple medicines are taken together.

In fact, the vast majority of drugs enter the body through liver metabolism inactivation, kidney excretion clearance. As children’s liver and kidney function is not perfect, so we should try our best to avoid multiple drugs taken at the same time, causing liver and kidney injury.

If the disease requires multiple drugs to be taken together, a doctor should also be asked to decide how to take them correctly.

For example, Tylenol, which is used to reduce fever in children, and Tylenol, which is used to reduce cold symptoms in children. Tylenol is a single-ingredient drug and the active ingredient is acetaminophen. Tylenol (phenametamine) is a compound drug with 4 ingredients, including pseudoephedrine hydrochloride, dextromethorphan hydrobromide and chlorphenamine maleate in addition to acetaminophen.

For children with high fever, if medication is needed, Tylenol is needed. If Tylenol is chosen for mixed drug names, the fever may not subside, but it will bring side effects such as lethargy, fatigue and loss of appetite to children.

However, this mistake is really low-level, and parents who have made it should think about it.

For example, the skin of eczema babies is often dry and itchy, Scratching will destroy the barrier function of the skin. Once the skin is broken, external allergens such as pollen, animal dandruff, dust mites, etc. are more likely to enter the body and aggravate eczema. Therefore, it is very important to apply more low-sensitivity moisturizing cream frequently to rebuild the barrier function of the skin. Doing a good job in moisturizing is the basis for controlling the recurrence of eczema, and doing a good job in moisturizing gets twice the result with half the effort.

Hormonal drugs for external use cannot cure eczema, but they can control the recurrence of eczema until they heal themselves.

In addition, many novice parents have no choice but to prevent or treat the baby’s red buttocks (i.e. Diaper rash). In fact, The key still lies in nursing: You should change diapers frequently, Usually, it is recommended to change the diaper every 23 hours, or the baby should change the diaper in time as long as he pulls it. When replacing, rinse the buttocks with flowing warm water, and then pat the buttocks dry with soft cloth. When necessary, the baby’s buttocks can be dried with the low temperature gear of the hairdryer, or the baby does not need diapers for the time being. At ordinary times, skin protective agent can be applied to the buttocks.

In short, care should be strengthened instead of relying on drugs. This is the basis of treatment and the treatment method with the least side effects.