It is true to say that [pigs are covered in treasures]. You can make your debut anywhere.

Then, the question arises:

Is there any part of what on the second senior brother that should not be eaten?

Well, if Dr. Clove speaks out the answer, you may not believe it…

Pork is associated with cancer

The World Health Organization proposed in 2015:

It means that according to the existing research evidence, eating red meat may be at risk of cancer to people. Please note that the word “may… be at risk” here does not mean that carcinogenicity equals toxicity, and eating red meat will immediately lead to cancer.

After all, pig, beef and mutton are all important contributors to providing us with high-quality protein, iron, vitamin B12 and other nutrition, which is indispensable in a sense.

On average, eat about 50 ~ 75g of this kind of pork and other kinds of meat every day, which is about the same.

Do you think it is not enough to plug your teeth? You can also eat more white meat such as chicken, duck and fish, or you can save up for several days and enjoy it in one meal.

Pigs have poop in their large intestine, which is very dirty?

Eating it is called a fragrance, but you may forget one thing: the large intestine is the place where the residue (i.e. Poop) after food digestion is discharged, so it is a place with unique taste.

There may be more microorganisms here, and there may indeed be parasites and pathogenic bacteria… Does it sound dirty?

In fact, as long as it is thoroughly cleaned, no dirty things can be seen on the surface, and the microorganisms are killed when heated and cooked, you can eat at ease.

Is there much heavy metal pollution in pig liver? 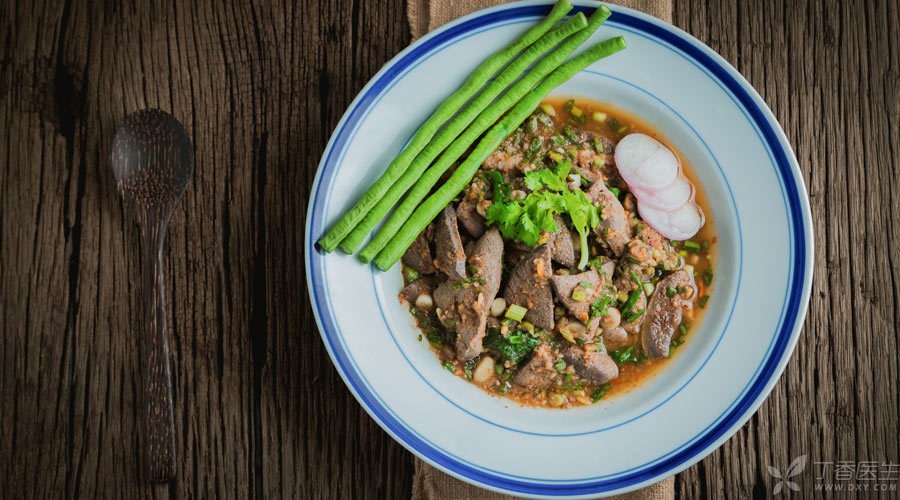 People and pigs are the same. Liver is the largest [detoxifier] and poison [transfer station]. Toxic and harmful substances such as heavy metals enter the body and need liver treatment before being discharged.

But! The important thing is always but.

The content of heavy metals in pig liver [relatively high] does not necessarily mean that it exceeds the standard. The key is to choose reliable places as far as possible and buy products with inspection and quarantine marks.

Like pork, replacing other red meat with pork liver and eating it 1-2 times a month, each time not exceeding 75g, is still very helpful to supplement heme iron and hemoglobin.

Is there much toxin in pig blood?

If you want to supplement iron and blood, you should choose pig blood.

As long as it is a healthy pig, blood products are safe.

If you go to an irregular place and accidentally buy dead pork or stale pig blood, that is another matter.

A few years ago, there was also a suggestion that cholesterol should not exceed 300 milligrams per day.

For the sake of health, it is the key not to eat too much animal fat, not just the amount of cholesterol.

If you like to eat, there is no what problem if you eat about 50g of pig brain 2-3 times a month.

Is there much dust in pig lungs?

There is a saying on the Internet that it is like this:

There are many alveoli in pig lungs, and alveoli are gas exchange places, which gather a lot of dust from the air, and the dust in pig lungs will be a lot. In addition, pigs love to arch the ground, they will inhale more dust, so pig lungs cannot eat.

There is a disease called pneumoconiosis, which is currently only found in people.

It is mainly caused by the accumulation of dust in alveoli under the peripheral bronchus due to long-term exposure to dusty workplaces and inhalation of a large amount of dust.

But pigs are much happier than people!

Also, pig farmers wish they were fat and white, and they would not let them live too badly or get sick. Even if pigs like to arch soil and cabbage, they will not suck soil into their bodies.

And they won’t live in places with a lot of dust, after all, they don’t need to work hard to make money…

Just need to work hard to grow up and be eaten. (Love for a second)