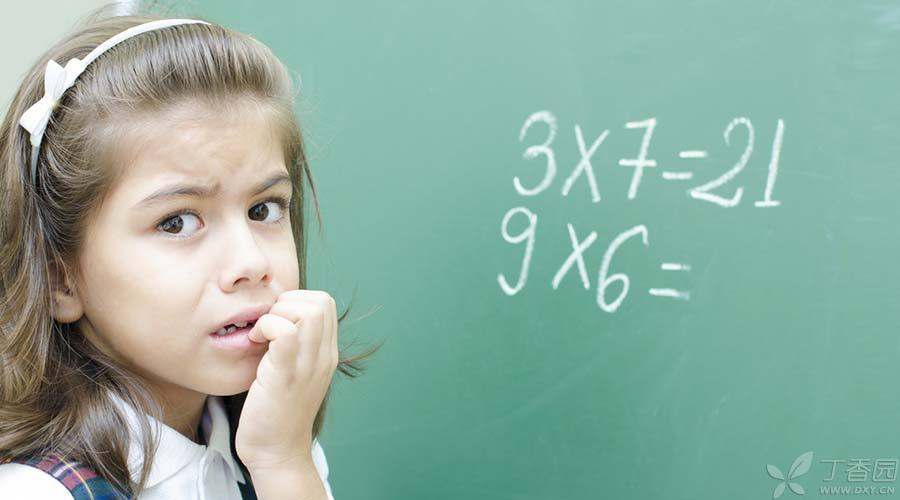 Parents all want to have a clever child. The child’s performance development is uneven, so he hurried to extra-curricular classes for fear of losing at the starting line.

Parents’ desire for their children’s success is understandable, but if the method is not correct and forced to instill, they always feel that their children are just not working hard enough, which is likely to really delay their development.

Although most parents are unwilling to admit it, due to fierce competition, sometimes parents’ demands on their children may have exceeded their children’s abilities, and some children are not so [smart] by nature. In addition, there are a few children who may have congenital structural or functional problems in the brain, i.e. Mental retardation.

Is what mentally retarded?

Mental retardation has a great relationship with heredity, brain injury and so on, and has nothing to do with the nurturing style the day after tomorrow. Once there was a child’s mother, mother-in-law and daughter-in-law have a bad relationship, and have always suspected that the child’s grandmother talked less with the child and played less games when taking the child, resulting in a low level of intelligence for the child. This is an incorrect understanding.

In addition to some moderate to severe and extremely severe patients who cannot take care of themselves and have a shorter life span than normal people, mild patients with intelligence test scores of 50 ~ 70 account for about 80% of all patients. Mild patients may be difficult to graduate from junior high school or primary school, but after training, they can complete relatively simple work, and self-care is no problem.

Too many children who are not smart enough are overrated.

Here I would like to focus on children who are not very smart and score 70 ~ 90.

These children do not need to go to special schools. As long as they work hard, they can pass the primary and secondary school cultural courses.

However, the reality is that the burden of extra-curricular classes and school selection is heavy, and parents cannot correctly understand the situation of their children. The requirements are too high, which brings great pressure to these children and causes psychological barriers and even physical diseases.

A 13-year-old boy, parents said he was very clever. His father was very strict, the primary school let him and the teacher one-on-one tutoring, the middle school he entered a district key experimental class. However, the first semester of the first grade he began not to study hard, rebellious, and finally simply gave up studying.

Parents tried all the what methods before finally bringing their children to the psychological department for registration.

The child’s thinking was very clear when talking, so at first I thought it was his father’s severity that caused his trauma. Until the fifth interview, he said that he felt that he had used up all his last strength in primary school. Now when it comes to learning, especially mathematics, he has a kind of desperate pain.

Only then did I realize that he might have tried to the limit. He might not be as smart as his parents thought. So I asked him to take an IQ test and the result was 85 points.

How to help children who are not very smart develop?

Even if the children’s development is not balanced and they are not smart children in the traditional sense, as parents, they should also discover the children’s talent as early as possible. For example, children speak earlier and use words more accurately than children of the same age or the logical relationship of sentences is correct, which shows that children have good language ability and can develop into words in the future. On the other hand, parents should focus on developing their children’s natural abilities. Although they should also pay attention to training in areas where children lack, they should not spend too much time and energy. 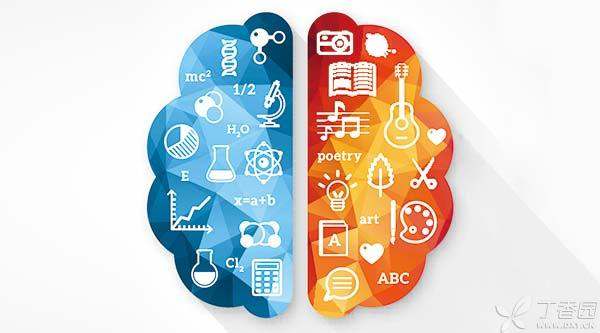 Gardner proposed in 1983 that, Human beings have nine kinds of intelligence that exist independently. Related to the corresponding brain regions. In addition, although these abilities have corresponding brain regions, it does not mean that they are completely caused by natural genetic factors, but also related to acquired training. The following are explanations for these nine kinds of intelligence. Parents who think their children are not smart enough can compare them and help their children develop according to their expertise:

Language ability: Sensitivity to the meaning, pronunciation, language structure and multiple uses of words. This child with outstanding ability can speak, use words accurately, or use words flexibly, and can become a poet, writer and other writing workers in the future.

Spatial ability: Able to accurately identify visual spatial relationships, transform perceived content, and be able to reproduce or recreate. This outstanding child can become a sculptor, painter, cartographer and other workers in the future.

Mathematical logic ability: ability to perform operations and relational reasoning in abstract symbolic systems, and ability to make logical and systematic evaluation of other people’s ideas. This child with outstanding ability can become a mathematician and scientist.

Musical ability: Sensitive to tone and melody, able to combine tone and music into large movements, and able to understand emotional factors in music. This child with outstanding ability can become a musician in the future.

Athletic ability: Able to express or complete a certain task by skillfully controlling the body, and able to skillfully use equipment. This talented child can become a dancer, athlete, etc. in the future.

Interpersonal skills: The ability to accurately detect and respond to other people’s temper, emotions, motives and tendencies. This outstanding child can become a doctor, politician, salesperson, etc. in the future.

Self-knowledge: Sensitivity to one’s inner state, one’s ability to understand one’s own advantages and disadvantages, and one’s ability to use this information to adjust oneself. This child with outstanding ability is useful for success in almost all aspects of life.

The ability to think about spirit and existence: sensitivity to the meaning of life, death and other human conditions. This child with outstanding ability can become theological, philosophical and religious figures in the future.

Can you accept that children are not smart?

Inheritance of intelligence is difficult to predict.

Some children’s parents are both extremely smart, but their IQ is only 80 points. There are two children in a family, the big one has superior intelligence, while the small one has only 90 points.

Most of the children with low intelligence I received were not seen by their parents, or even if they realized it, they refused to admit that their children were not smart.

A foreign couple brought their 7-year-old son to see a doctor, because the child said headache as soon as he studied. They went to many hospitals, electroencephalogram and CT were checked, and there was no problem. Finally, they tried to hang up the psychology department. I talked with the child for a few minutes and opened the list of intelligence tests for the child’s mother to make an appointment.

Mother said, in fact, she vaguely knew that the child might have a bad brain. The child’s grandmother once hinted that don’t ask the child to go to college, just learn a craft, and the child’s teacher always said not to ask the child too much. Later, the result of the intelligence test was really bad.

It is too difficult for many parents to accept their children’s low intelligence.

Children with low intelligence, It is likely to be laughed at, tricked, bullied, In addition, folk culture also has a ruthless tradition. It not only does not sympathize with the misfortune of others, but also makes sarcastic remarks. Such statements as “giving birth to mentally retarded children is because parents did not have Xiu De in their previous lives” and “adults are too skillful and children are stupid” put parents under great pressure. Some parents simply keep their children at home and hide them for fear that people will know. 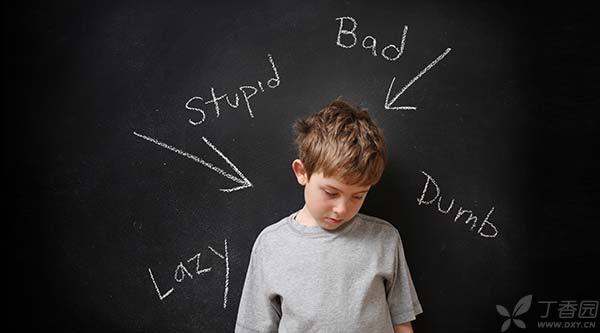 How to accept children who are not smart?

Whether you are calm and peaceful, remorse and shame, or resentful, will affect everyone in the family, especially the children.

1. Recognition of weaknesses and proper training

It is extremely important for parents to adjust their mentality, but accepting reality does not mean giving up, but giving their children training that matches their state and ability so that they can give full play to their talents.

Children with an IQ of 70 ~ 90 are not mentally retarded and do not need to go to special schools, but parents should calm down and match their expectations and requirements for their children with their actual situation.

Many of these children have partial discipline.

A ten-year-old boy, mathematics from kindergarten is not good, but language ability is good. He is likely to have some development in writing in the future, but his family thinks that the more weak he is, the more he needs to make up for it. He has given 80% of his spare time to mathematics. Even so, mathematics scores are only over 70 points, and Chinese and English do not need extra effort and are above 90 points.

Due to over-emphasis on mathematics but still poor results, the child was afraid and tired not only of mathematics but also of the whole study, and his self-confidence was greatly hit.

It is right to pay due attention to the weaknesses, otherwise they will get worse and worse, and primary and secondary school graduates need to pass all the tests. Intensive training can indeed improve the weaknesses, but don’t overdo it. 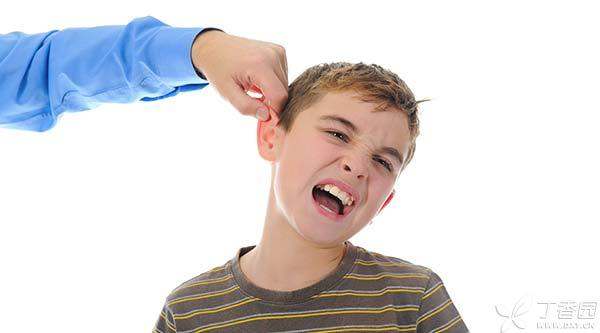 2. Adjust your attitude and learn to cherish it.

People’s intelligence may differ, but their emotions are the same. Most children with low intelligence are honest and do not play tricks. Although they are not good at expressing themselves, it does not mean they have no feelings.

Many children who are angry and scolded by their parents will resist after a long time, but they will not come up with new tricks. He will treat their parents like a mirror.

I received an 11-year-old boy with an IQ of 75 points. The child’s language is no problem, but the composition and the summary of the short passage are not careless. The calculation of mathematics is no problem, but he does not understand the application problems. However, the child’s space, circle and color ability are especially good. He prefers to use a picture to express his feelings after reading a short passage, or use a picture to replace the composition.

It’s a pity that his parents don’t understand the characteristics of their children, and they also think that their requirements for their children are not high, just 80 points or more in each class. They don’t know, even 80 points is too difficult for children.

The child’s parents took him on a tour, Let him write travel notes and diaries, take him to museums, buy him all kinds of educational toys or games, but he has not made progress. Parents think that their children know how to eat and misbehave. They often scold and even beat and scold him. Parents also complain to each other. When he was a child, he did not answer back. Now at the age of 11, he will answer back, contradict and sometimes even violently resist.

From a certain point of view, having a kind and kind child is not necessarily a blessing. Parents must know how to cherish it before they can really enjoy it.

Whether it is a smart child, an unsmart child or a mentally handicapped child, the most important thing is that he can make achievements that match his innate conditions, have harmonious relations with relatives and friends, and be satisfied with his life.