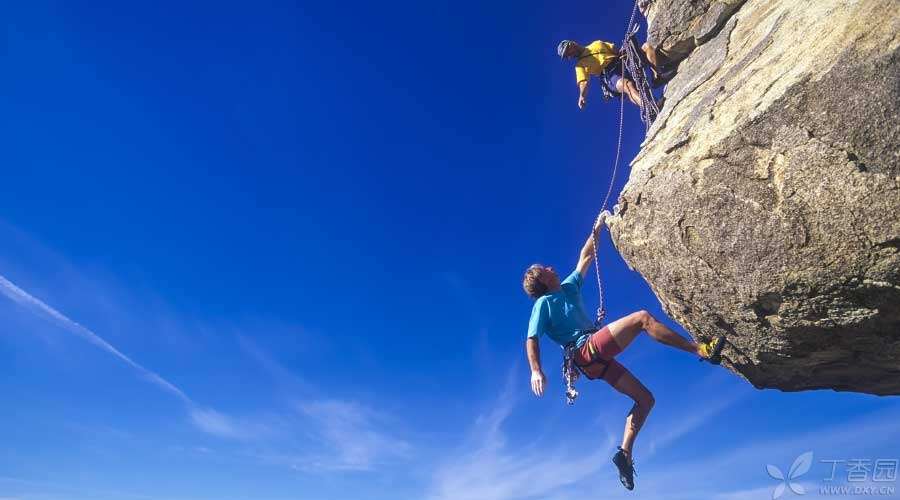 Percivall Pott linked chimney smoke exposure to scrotal squamous cell carcinoma of the chimney sweeper. He was the first person to report a clear relationship between environmental exposure and cancer.

1903: The First Application of Radiotherapy in Cancer Treatment

S.W. Goldberg and Efim London used radium to treat two patients with basal cell carcinoma of the skin. Both patients were cured of cancer.

Paul Ehrlich proposed that the immune system can inhibit the formation of tumors, which was then called the [immune surveillance] hypothesis. Now this hypothesis has become a proven theory and is still guiding the current cancer research to use the power of the immune system to fight cancer.

Peyton Rous discovered a virus (Lloyd’s sarcoma virus) that can cause cancer in domestic chickens, confirming that some cancers are caused by infectious factors.

Katsusaburo Yamagiwa and Koichi Ichakawa found that when coal acts on rabbit skin, it can induce cancer in rabbits. For the first time, they provided experimental evidence that chemicals can cause cancer.

George Papanicolaou discovered that cervical cancer can be screened by microscopic examination of cells in the vagina. This breakthrough led to Pap smear examination. The examination can find abnormal cervical cells and eradicate them before they become cancerous.

David H. Patey developed modified radical mastectomy, which was less destructive to the patient’s body than radical mastectomy and eventually replaced it as the standard procedure for the treatment of breast cancer.

George Keynes described a new treatment for breast cancer: breast-preserving surgery followed by radiotherapy on the premise of complete tumor resection. After the tumor is removed by surgery, a long needle containing radium is inserted into the affected breast and the axillary lymph node area adjacent to the same side.

Charles Huggins found that removing testicles to reduce testosterone production or regulate estrogen levels can cause prostate tumors to subside. Artificial regulation of this hormone is known as hormone therapy. It is still one of the main treatments for prostate cancer.

Sidney Farber demonstrated the therapy of antimetabolic drug aminopterin (a folic acid derivative), which can promote temporary remission of acute leukemia in children. The structure of antimetabolic drugs is similar to that of chemicals needed in important physiological processes in cancer cells, such as DNA synthesis, and can induce cancer cell death by blocking these processes.

Ernst Wynder, Evarts Graham and Richard Doll demonstrated that smoking is one of the main factors inducing lung cancer.

Experts Emil Frei, James Holland and their team from the National Cancer Institute (NCI) showed that the combined chemotherapy of 6-mercaptopurine and methotrexate can partially or completely relieve acute leukemia in children and adults and prolong the survival time of patients.

The U.S. Department of Health has issued a report stating that smoking is a major health threat in the United States and actions are needed to reduce the harm of smoking.

For the first time, the virus (EB virus) was linked to human cancer (Burkitt’s lymphoma). EB virus was later found to induce several other cancers, including nasopharyngeal carcinoma, Hodgkin’s lymphoma and some gastric cancers.

Dominique Stehelin, Harold Varmus, J. Michael Bishop and Peter Vogt discovered a gene in normal domestic chicken cells related to the oncogene of poultry sarcoma virus, which can cause cancer in domestic chickens. This eventually led to the discovery of human proto-oncogene.

TP53 gene, also known as p53, is the most common mutant gene in human cancer and was discovered in 1979. It is a tumor suppressor gene, meaning that the protein it encodes (p53 protein) can control cell proliferation and inhibit tumor growth.

Scientists have detected genes of human papillomavirus (HPV) subtypes 16 and 18 from most cervical cancers, thus establishing a clear relationship between HPV subtype infection and cervical cancer.

Human proto-oncogene HER2 (also known as Neu gene and Erbb2 gene) has been cloned. Overexpression of protein products encoded by this gene occurs in 20%-25% of breast cancer patients (HER2 positive breast cancer), which is related to strong invasiveness of the disease and poor prognosis.

The tumor suppressor gene BRCA1 has been cloned. The special genetic mutation of this gene can increase the risk of breast cancer and ovarian cancer in women, as well as several other common cancers in men and women.

The tumor suppressor gene BRCA2 has been cloned. Similar to BRCA1, the gene’s special hereditary BRCA2 variation can significantly increase the risk of breast cancer and ovarian cancer in women, as well as several other common cancers in men and women.

The FDA has approved anastrozole for the treatment of estrogen receptor-positive advanced breast cancer in menopausal women. Anastrozole is the first aromatase inhibitor approved for cancer treatment. The drug blocks the production of estrogen in the body.

The NCI-funded Prostate Cancer Prevention Test (PCPT) results show that finasteride can reduce the risk of prostate cancer by 25%. The drug works by reducing the production of androgen in the body.

NCI tamoxifen and raloxifene study (STAR) results show that if menopausal women with high risk of breast cancer take anti-estrogen drug raloxifene, their risk of onset can be reduced. The risk of serious side effects of raloxifene is lower than that of tamoxifen.

The FDA approved the human papillomavirus (HPV) vaccine Gardasil to prevent cervical cancer. The vaccine targets two subtypes of HPV, which can cause 70% of cervical cancer. NCI scientists have developed the basic technology for making Gardasil.

The FDA approved Cervarix to prevent cervical cancer. This is the second cervical cancer vaccine that protects women from two subtypes of human papillomavirus (HPV). These subtypes cause about 70% of cervical cancer. NCI scientists have developed the basic technology for making Cervarix.

The FDA approved sipuleucel-T for treatment of metastatic prostate cancer that has failed hormone therapy. The vaccine can use the patient’s own immune system cells (dendritic cells) against cancer cells. The vaccine is the first and only therapeutic cancer vaccine to date.

Preliminary results of the NCI-funded Lung Cancer Screening Test (NLST) show that low-dose spiral CT can reduce lung cancer mortality by 20%. The screening is mainly aimed at a large group of heavy smokers who have not quit smoking or have quit smoking.

The FDA approves Ipilimumab (a monoclonal antibody) for the treatment of inoperable or metastatic melanoma. Ipilimumab activates the immune system to attack cancer cells by removing the brakes that control the intensity of the immune response.

The FDA has approved Ado-Trastuzumab Emtansine (T-DM1) for the treatment of HER2-positive breast cancer patients who have previously been treated with trastuzumab and/or taxanes. T-DM1 is an immunotoxic drug (antibody-drug conjugate), specifically linking the monoclonal antibody trastuzumab to the cytotoxic substance mertansine, which can inhibit cell proliferation by blocking microtubule formation.

Researchers from the Cancer Genome Map (TCGA) program, In cooperation with the NCI and the National Human Genome Research Institute, Analysis of DNA and other molecular changes in more than 30 human cancers. They are based on distinguishing different characteristics of tumors. It is found that gastric cancer is actually a category 4 disease, not a category 1. TCGA’s discovery and other related plans may lead to a new classification system for cancer production. The classification system is based on different molecular abnormalities of tumors, combined with organs or tissues at the primary site.

The FDA approved Pembrolizumab for use in the treatment of advanced melanoma. This monoclonal antibody blocks the action of a protein called PD1, which exists in immune cells, thus enhancing the immune system’s ability to fight cancer.

The journey is far from over, and the dawn of human conquest of cancer has appeared…

This article is translated from the National Cancer Institute of the United States. The translator exclusively authorizes Clove Garden to use it and refuses to reproduce it in any other form.