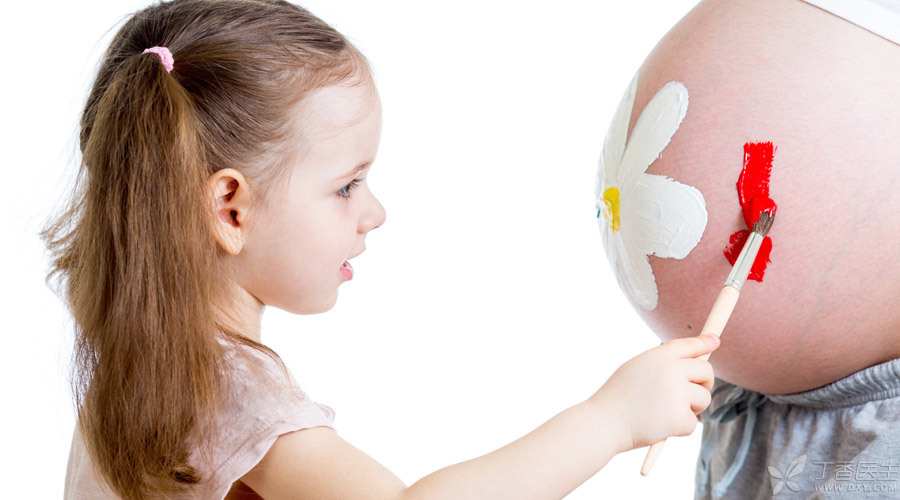 In the third trimester of pregnancy, many pregnant women find that their bodies have changed too much, especially their stomachs.

The abdomen is heavy, and the rapidly elongated skin has purple broken lines, like quiet sighs. How many women who love beauty already feel sad at this time and feel that they have paid a heavy price for their children.

Why do stretch marks itch?

Pregnant polymorphic rash is a large type of pruritus rash with various manifestations, which usually occurs at the abdominal striae gravidarum in the last 3 months of pregnancy. Primiparas are most likely to be recruited.

At first, you will only feel that your belly is bitten by mosquitoes, so subconsciously you stretch out your hand to scratch it. Then you will find that the more you scratch, the more itchy it becomes, and the more itchy it becomes. Finally, you are inexplicably flustered and frustrated. Find an empty room and pull up your clothes and have a look: Ah! There are large areas of wind and erythema on the belly!

However, at this time, you have not taken care of whether you look good or not. All you know is that it itches! It tickles angrily! Too itchy to sleep! I can’t itch without scratching!

As a result, doctors in dermatological clinics will see such a scene:

Pregnant women who came to see the doctor did not care for the appearance of striae gravidarum, but scratched their bellies.

Some of their rashes are still wind clouds, some become annular erythema and papules, no matter which one, they all have scratches and some are still blood marks.

Why is it on abdominal striae gravidarum?

Because the cause of pregnancy polymorphism is similar to striae gravidarum, it is caused by excessive expansion of abdominal wall. Therefore:

In a word, the belly was propped up too much.

For example, I was originally a girl weighing less than 90kg. After 40 weeks of [crazy eating, crazy eating…] at the first child, I finally gave birth to a baby who was almost overweight (more than 8kg).

Regarding my feelings in the last two months, I can only say:

Sometimes I really want to cut my belly to pieces, then take it off and throw it into the garbage can to stamp my feet.

Can pregnancy polymorphic rash be cured?

You must wonder: [Why are you a dermatologist yourself, or are you so annoyed by the itch? ]

Yes, from the perspective of dermatologists, pregnancy polymorphic rash is not without drugs, such as:

Topical medication: Soft hormones such as 0.1% mometasone furoate cream can be applied externally, Soft hormone refers to the whole body absorption is very little, and the local retention of high activity, so the whole body adverse reactions are greatly reduced, but the treatment index is quite high. Systemic medication: under the guidance of doctors, some antihistamines available to pregnant women can be taken orally as appropriate, such as chlorpheniramine maleate (chlorpheniramine), etc. For serious cases, glucocorticoid can also be taken orally for a short period of time.

Sounds, it seems that no matter how serious, there is a way! But in fact, the effect of these methods is really not good.

Although the effect of using these drugs is definitely much better than that of applying essential balm, sometimes I applied a little mometasone furoate cream before going to bed and woke up in the early morning.

Because, the cause of the disease is still there, belly is still propped up…

Fortunately, the itching will disappear within a few days after delivery. Therefore, I, like the pregnant women in the clinic, look forward to the stars and the moon, waiting for the day when the cargo is unloaded.

Not all pruritus during pregnancy has to be endured.

Finally, I’d like to talk about two more situations that make pregnant women itch, but don’t worry too much, the therapeutic effect will be relatively better.

This kind of pruritus is also called pruritus of pregnancy. Different from polymorphic rash of pregnancy, pruritus caused by intrahepatic cholestasis cannot see rash but only yellow skin. Blood tests of liver function will find that transaminase and bilirubin are elevated, especially serum bile acid, which can reach 10 ~ 100 times of normal level.

This kind of disease does not affect the health of pregnant women, but it may cause fetal distress, premature delivery and stillbirth, requiring active treatment. Therefore, one must not think of enduring it and pass it away, so as not to affect the child.

We often think that a slight illness and pain of a pregnant woman can cause a shock to the whole family, so when I received Xiao Wang, I was very surprised because she had scabies all over her body and didn’t come to see a doctor until she was covered with scabies.

Today’s economic and sanitary conditions are much better than in the past. Scabies is already very rare in cities. It is a severe itching skin disease caused by scabies mite bite and parasitism on skin surface, with strong infectivity.

Upon enquiry, Xiao Wang went to the old house to clean up in the early pregnancy. Began to find rashes and itching, It was also brought up to the obstetrician during the prenatal examination. But because scabies is now too rare, obstetricians did not recognize it as what. Pregnant women have many taboos on medication. Xiao Wang is afraid that medication will affect their children, so he has not made any more diagnosis and treatment. Until scabies grow all over her body, she can’t sleep at all because she itches and infects her family, she finally thinks of seeing a dermatologist.

As a result, after applying sulfur cream for a week, Xiao Wang turned back to a pregnant woman with smooth skin. Recalling the months of hard patience in front of him, he only felt in distress situation.

The itch of scabies is very severe. Xiao Wang may be silly, but because she is a great mother. How many delicate women, as mothers, have common skin diseases such as scabies, fungal infection, papular urticaria and so on during pregnancy, and they also grind their teeth to endure them.

In fact, to see a dermatologist, perhaps the great cost is not so high.