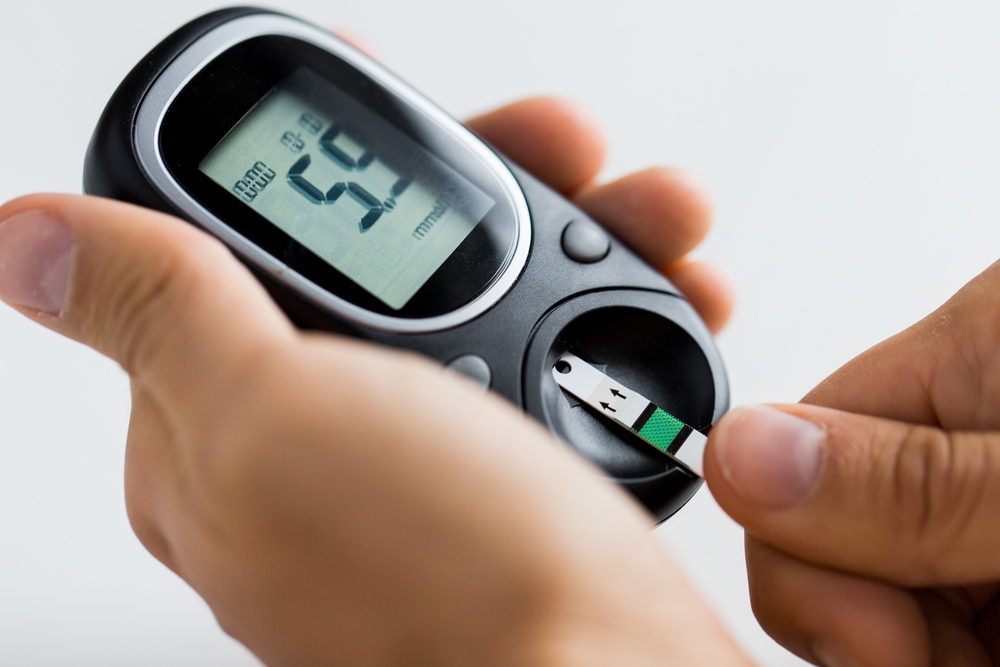 This kind of medicine specializes in controlling postprandial blood sugar, and is called by many expert doctors [the most suitable hypoglycemic medicine for Chinese diet].

-Glycosidase inhibitors play a hypoglycemic role, mainly through [third party intervention] skills. What does what mean? Let’s continue to look down.

The most important nutrients that affect blood sugar are carbohydrates, including starch, sucrose, lactose, maltose, etc. Most of these carbohydrates cannot be directly absorbed and utilized and must be digested in the small intestine.

In the process of normal digestion, carbohydrates have to be combined with [-glycosidase] before they can be digested to produce sugar, glucose and other small molecules of sugar for human use.

However, if you take-glycosidase inhibitors, the situation is different.

This is great. The [original] carbohydrate is left out in the cold, the digested small molecule sugar is less, the speed is slower, and the postprandial blood sugar naturally decreases.

What is more noteworthy is that in our Chinese diet, various staple foods rich in carbohydrates account for a large proportion. Glycosidase inhibitors, which specifically deal with carbohydrates, are even more in line with the eating habits of Chinese diabetics, and their ability to reduce blood sugar after meals is even more prominent.

Question 1: My blood sugar is high after breakfast, but I often have hypoglycemia before Chinese food. Can I still take-glycosidase inhibitor at breakfast?

Normal people reach a peak in blood sugar about one hour after eating, islet cells also secrete a large amount of insulin to reduce blood sugar, then insulin secretion decreases and returns to fasting level 3-4 hours after eating.

The islet cells of many patients with type 2 diabetes are slow and half beat, secreting a large amount of insulin only 3-4 hours after meal, so the increase of blood sugar 2 hours after meal is inevitable. At this time, it is close to the next meal, and carbohydrates are completely digested and absorbed, so blood sugar drops rapidly and even hypoglycemia occurs.

-Glycosidase inhibitors are simply genius at solving this problem. As mentioned earlier, It can bind to-glycosidase, but unfortunately this will not last forever-they will go their separate ways. In other words, carbohydrates can still be absorbed into glucose or fructose, but the process becomes slow, so hyperglycemia after meals is controlled and hypoglycemia before meals is less likely to occur.

Question 2: I just have high postprandial blood sugar, which is not diabetes. Can I eat acarbose?

Glycosidase inhibitors only work on carbohydrates, Protein and fat are the main components of meat, and the content of carbohydrate is very small, so for the blood sugar increase caused by protein and fat,-glycosidase inhibitor is really a bit difficult for a skillful woman to cook without rice. From this point of view, a balanced diet is appropriate, which is more conducive to the drug to play a role.

Question 4:-Do glycosidase inhibitors have to be chewed? What if the old man has bad teeth and cannot bite?

Question 5:-Is glycosidase inhibitor harmful to liver and kidney?

Glycosidase inhibitors mainly act and excrete locally in the intestinal tract, only a small amount (1% ~ 2%) is absorbed into blood by the intestinal tract, which generally has no effect on liver and kidney function and can be taken by patients with mild or moderate liver and kidney insufficiency. This kind of drug occasionally causes temporary increase of liver transaminase, which can return to normal after drug withdrawal or symptomatic treatment.

Question 6: Is it normal to feel flatulence after eating-glycosidase inhibitor?

Gastrointestinal dysfunction is a common adverse reaction of glycosidase inhibitors, which is manifested as gastric distension, abdominal distension, diarrhea, gastrointestinal spasmodic pain, intractable constipation, increased exhaust, etc. This is related to the long residence time of drugs in the small intestine, the decomposition of intestinal bacteria, and increased gas production.

Generally, it occurs within 2-3 weeks at the beginning of treatment, and most symptoms can be relieved or disappeared with the prolongation of medication time.

Question 7:-Can glycosidase inhibitors also cause hypoglycemia? What if hypoglycemia occurs?

Hypoglycemia is usually not caused by glycosidase inhibitors alone, but it may occur when combined with other hypoglycemic drugs or insulin.

During hypoglycemia, foods with high carbohydrate content (such as steamed bread, cake, candy, etc.) have poor sugar-raising effect, because even after eating these foods, carbohydrate is difficult to decompose into glucose or fructose, thus rapidly raising blood sugar. Immediately oral glucose tablets or intravenous injection of glucose solution is the best method.

Question 8: Apart from lowering blood sugar, is there any other use of-glycosidase inhibitors?

Among-glycosidase inhibitors, acarbose can reduce the risk of coronary heart disease and myocardial infarction, and also has the effects of lowering blood pressure, regulating blood lipid and protecting blood vessels.

Question 9:-Can glycosidase inhibitors only be used for type 2 diabetes?

In addition to type 2 diabetes, glycosidase inhibitors can also be used to treat type 1 diabetes in people with impaired glucose tolerance and [pre-diabetes] when combined with insulin.

Question 10: Which circumstances are not suitable for using such drugs?

Due to the gastrointestinal reaction of-glycosidase inhibitor, sugar lovers with hernia or intestinal obstruction and chronic gastrointestinal dysfunction are best to avoid using it. Patients with diabetic ketoacidosis, severe infection or trauma, pregnant women, lactating women and children are prohibited from using this drug.