This is a story from [life-saving hero] to [super killer maker]. Antibiotics go from one extreme to the other. Should we look at it how?

Is antibiotics a magic medicine for all diseases?

Antibiotics were once praised as one of the greatest achievements in the field of medicine in the 20th century. Since its birth, antibiotics have a mysterious force that seems to be able to revive the dead.

Since the well-known penicillin was discovered and used, it has saved countless lives and is the most colorful piece in the history of the war between human beings and bacteria. Penicillin has gradually become one of the most economical and effective means to treat bacterial infection.

Subsequently, drug research institutions all over the world have been bringing forth new ones, and a series of new antibiotics have been continuously introduced, which has effectively controlled some incurable diseases that were once rampant, such as tuberculosis, syphilis, gonorrhea, etc.

In daily life, fever, cough, abdominal pain, diarrhea, urgent urination and frequent urination can be basically solved by taking antibiotics for a few days. Antibiotics have gradually become a model for ordinary people to cure diseases.

With the habitual thinking of no medicine and no pleasure, many people are used to eating some [anti-inflammatory drugs] when they have some minor problems. They will buy some [hello I am all right] to wipe and wash them when they are ill. Sprinkle some medicine, chickens and ducklings will not get sick, fish fry and shrimps will grow well, and the economic benefits will be excellent!

Antibiotics are the main culprit of injuries to the body?

Unfortunately, antibiotics did not stay on the altar for long.

Western medicine is chemical and hurts liver and kidney!

Capsules are all made of rotten leather shoes and dirty things.

The substitution and supplement of chemistry have adverse effects on life and health.

The instructions said that there were a lot of side effects that people could eat.

Isn’t this a response to the old saying of our ancestors?

The side effects of antibiotics began to be magnified indefinitely. At that time, antibiotics fell from magic drugs to the clouds and became harmful.

Usually at this time, there will be a kind-hearted [living fairy] coming towards you. Don’t take medicine, it is better to take so-and-so health care products, eyes don’t spend legs don’t cramp, poisonous gas and turbid gas are all removed, green safety has no side effects…

Once, we had full trust in antibiotics, but now we can only treat everything as a risk and return to the origin with grievance.

Some people do not follow the doctor’s advice because they are afraid of diseases and avoid [drugs]. When their symptoms improve slightly, they stop taking drugs at will. From a small bacterial infection, they delay to the point where amputation is needed to save their lives! 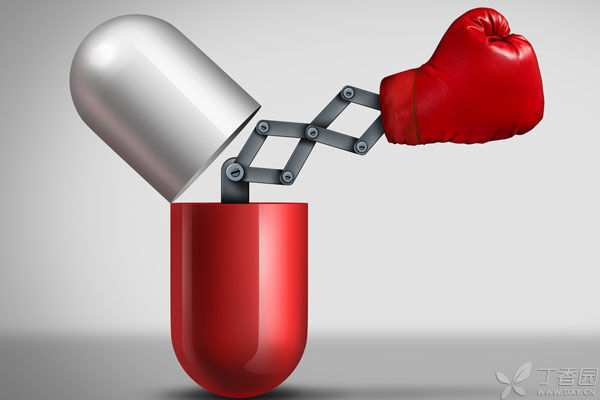 Return an innocence to antibiotics,

There is only one truth. Antibiotics are not omnipotent [anti-inflammatory drugs], let alone fairy pills that cure all diseases. It comes from microorganisms and can produce some antagonistic effects on some bacteria.

It is true that there will be a long list of side effects written in the instructions, but this is a scientific, rigorous and responsible attitude. Even if there are various minor side effects, the incidence rate is very low, and the manufacturers will list them in detail so that users can have evidence to check.

In history, there were several drugs with good therapeutic effects, which were eliminated because of too many side effects. Most of the side effects that remain and continue to be used have only a few percentage points of chance, which is far from the harm of [three points of toxicity].

Such a responsible attitude, compared with the non-toxic and harmless treatment of all diseases by clapping one’s chest, you should know who we should trust at a glance.

Only when it is used correctly can the maximum benefits be obtained.

In the process of research and use, people have also learned a lot about how to control the spirited horse of antibiotics.

For example, after taking some cephalosporin drugs, drinking or alcoholic beverages will cause facial flushing, dizziness, headache, nausea, vomiting and other serious drunkenness-like reactions, known as disulfiram reaction. Another example is that when taking antibiotics and live bacteria yogurt or probiotic preparations at the same time, beneficial bacteria will be inhibited or even killed by antibiotics, and lose their effect.

Therefore, when taking antibiotics, do not drink alcohol, nor do you drink live bacteria yogurt, probiotic preparations, etc.

In addition, antibiotics must be used according to the doctor’s prescription, and cannot be taken as mentioned earlier in case of [fever and diarrhea], which is likely to cause antibiotic resistance and will not work when you want to use it next time.

When it is time to use it, you must eat enough and eat enough time according to the doctor’s instructions. You must not stop, eat or add or subtract at will. That gives bacteria an opportunity or increases the chance of injuring yourself by mistake.

As for the need for nutrition for a weak body after illness, this is certainly true, but to blame this on drugs without understanding that this is actually the evil consequence of bacteria consumption to the human body is to put the cart before the horse. How should I eat it? In short, add high-quality proteins that are easy to digest and absorb, such as milk, fish and shrimp, and vegetables and fruits rich in vitamins.

Knowing is knowing, not knowing is not knowing. There is a lot of knowledge about antibiotics. I want to make good use of it and follow the guidance of professionals around you.