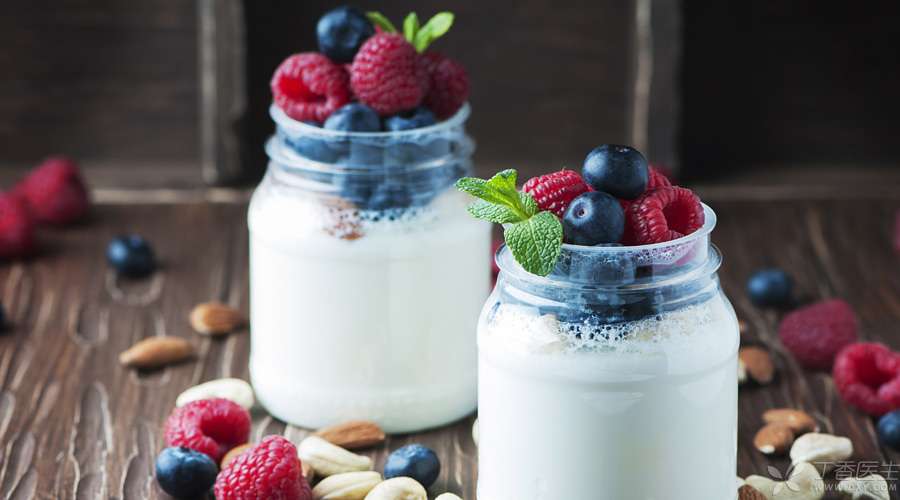 The problems are numerous and complicated, exceeding the imagination of the canteen gentleman. In order to answer questions for everyone, Dr. Clove invited Teacher Fan to talk about the yogurt selection.

1. There are too many words such as yogurt, yogurt, fermented milk, yogurt and yogurt, which make me dizzy. Are they one kind of things?

Yes, they all refer to yogurt.

To confirm whether they are a kind of thing, look directly at the [product type] item on the package, which says [fermented milk], which is yogurt. If yogurt is added with ingredients other than milk, sugar, fermentation strains and thickeners, it is called [flavor fermented milk]. For example, most yogurt products added with fruit juice, fruit grains, malt, coarse cereals and coconut fruits are flavor fermented milk.

As for the name on the front of the package, no matter how novel it is, it is a good name given by the enterprise to its own products, just to distinguish it from other similar products and attract the attention of consumers.

2. It is said that there are many additives in yogurt, which is not very safe?

This is actually alarmist talk.

Additives in yogurt are mainly thickeners, such as pectin, carrageenan, modified cellulose, etc. These ingredients are non-toxic and harmless, among which vegetable gum has some additional benefits, belonging to soluble dietary fiber, which is conducive to reducing postprandial blood sugar reaction and helping to eliminate heavy metals in the diet.

I don’t quite understand why some people are willing to pay a lot of money for all kinds of dietary fiber tablets and are afraid of the thickening agent added to yogurt. Isn’t pectin the main dietary fiber in apples? Isn’t carrageenan the colloid extracted from seaweed? Edible grade modified cellulose is not a terrible term in what.

In addition, some yogurts are added with essence, and sugar-free or low-sugar yogurts are often added with sweeteners. Flavor is actually the motivation for many people to buy fruity yogurt, while sugar-free and low-sugar are also the concepts sought after by many consumers.

If you want to eat fruit fragrance, you can only tolerate essence, because a few fruit grains cut for two weeks cannot have that big aroma. Since you don’t want to eat white sugar and can’t stand sharp sour taste, you can only live in peace with sweetener. 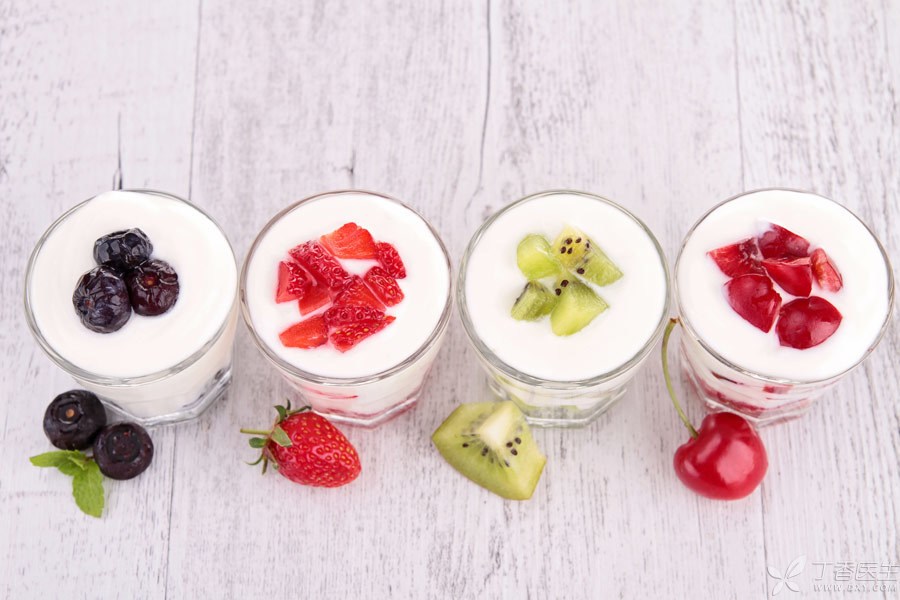 If you really want [pure natural] yogurt, you can directly buy some varieties without thickener, sugar, essence and sweetener, which are sold in supermarkets in big cities. Just ask the salesperson.

This kind of yogurt can be said to be healthier because it does not add extra sugar. However, unfortunately, many people find that it is not as good as yogurt with additives and sugar after buying it once… Therefore, whether to buy it or not, it is better to weigh your taste first.

The so-called yogurt made of reconstituted milk refers to yogurt made by adding water to milk powder and inoculating lactic acid bacteria. 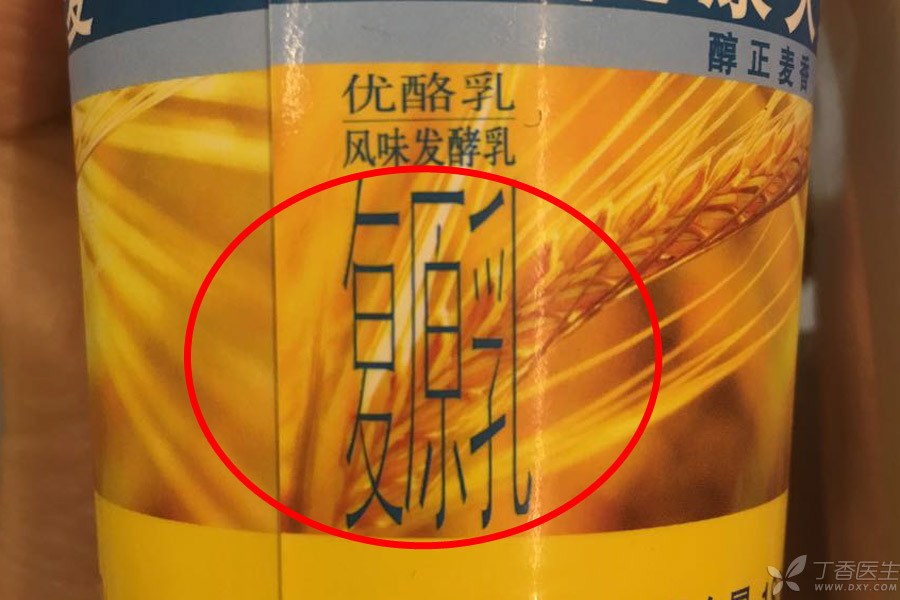 This method does not affect the nutritional value, nor does it hinder the reproduction and growth of lactic acid bacteria. The quality of its products mainly depends on the quality of raw milk powder.

5. Some yogurts are added with whey powder and have high protein content. But some people say that this is not natural, does it make sense?

Whey powder is not a harmful substance, It is a high-quality protein extracted from whey produced during cheese making. The main protein in infant formula is whey powder because it is easier for infants to digest than casein in cheese. Whey powder is also often used to make muscle-building products taken by bodybuilders.

Although we don’t have to deliberately buy whey powder to take, if a yogurt product is added with whey powder to increase protein content, it is definitely not a shortcoming or mistake.

6. There are many dazzling new products on the market, such as what pudding, Mu Si, Japanese yogurt, Greek yogurt, etc. They are different from ordinary yogurt in what?

I still suggest that you take a good look at the [product type] on the package.

In terms of nutritional value, they are much lower than normal yogurt. It is OK to eat them occasionally to satisfy the taste. It is quite unwise to drink them instead of yogurt every day. Not only lost money, but also lost nutrition. 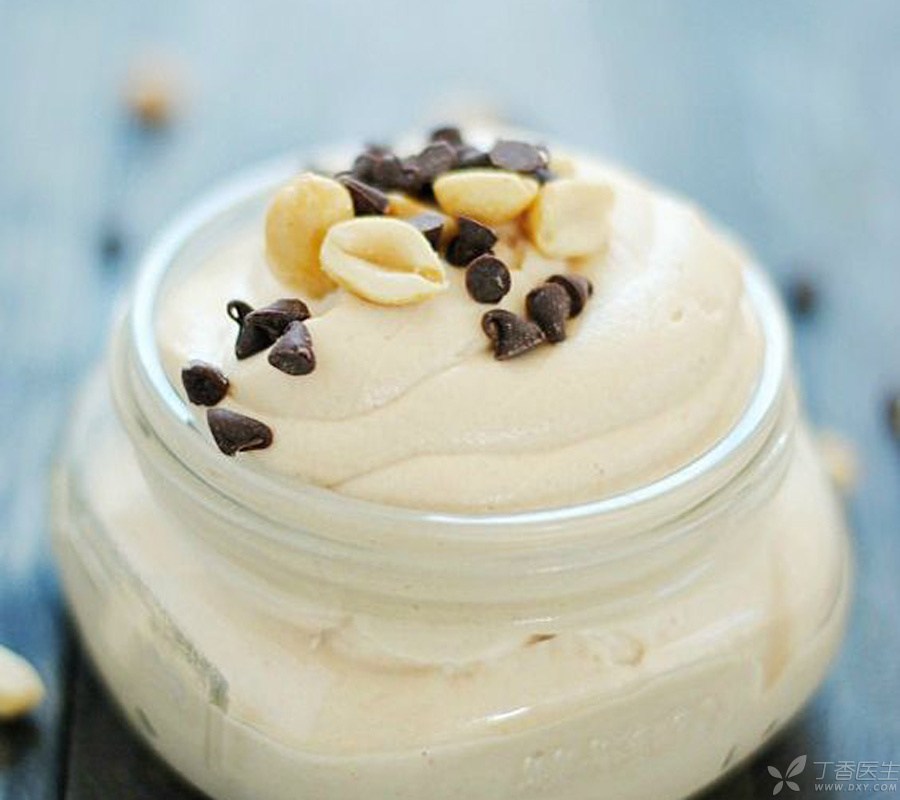 As for yogurt, which claims to be a foreign type, you may as well look at the nutritional composition table on the package and compare their protein content. Some products have a protein content as high as 6%, while others have only 2.5%, which is not stronger than traditional products. Look at the carbohydrate content again. Normally, it should be 11% ~ 12%, and some of these products will be as high as about 15%.

It can be seen at a glance that it is nothing more than attracting sweet consumers with sweeter tastes. It is the healthiest to buy products with high protein, low fat and low carbohydrate.

Yes, live yogurt will continue to produce acid at room temperature, and eventually its growth will be inhibited and it will gradually die. In order to delay the decline in the number of live bacteria and avoid over-acid of the product, live yogurt must be transported in refrigerated trucks and stored and sold in freezers. Even so, the number of live bacteria will still drop by about an order of magnitude after a week.

Therefore, if you care about the number of live bacteria, it is worthwhile to buy fresh yogurt as much as possible.

If it is found that the merchant stores yogurt directly outside the freezer or turns off the power supply of the freezer at night, it is better to change it decisively to another one.

8. Many supermarkets have normal temperature yogurt with long shelf life. Is it worth buying?

Why do you want to make sterilized yogurt? For both producers and sellers, it has several major benefits.

First of all, there is no need for refrigeration! In this way, transportation, storage and sales do not need to be put into freezers at room temperature, which can save a lot of costs. If you think about the high cost of electricity refrigeration, supermarkets will certainly be willing to accept it. Secondly, if the shelf life is long, it can be sold to more and farther places. Supermarkets without refrigerated cabinets can also be sold, and places requiring long-distance transportation can also be sold, thus expanding the sales scope for enterprises. Third, sterilized yogurt has stable quality and will not turn sour. Its taste will not change after being stored at room temperature for a few days. Some consumers without refrigeration conditions, such as students, will feel very convenient when traveling and can buy more at a time. Fourth, for some people who are afraid of the cold and dare not drink yogurt in the refrigerator, it is much more convenient to drink yogurt stored at normal temperature. Even if it is heated, there is no need for what to feel guilty. Anyway, the bacteria are dead.

Compared with yogurt that needs refrigeration, sterilized yogurt does not have lactic acid bacteria, but its protein, calcium and vitamins still exist, so sterilized yogurt is a more convenient nutrition choice for those who cannot be refrigerated or purchased yogurt due to various conditions.

9. What are the probiotics in yogurt? Can it survive in human intestinal tract for a long time?

There are only two kinds of bacteria that must be added to yogurt production, namely Lactobacillus bulgaricus and Streptococcus thermophilus. The other strains are not necessary for yogurt production. However, these two strains cannot be colonized in human large intestine and can only play some healthy roles when passing through digestive tract.

Some yogurt products are added with Bifidobacterium (B), Lactobacillus acidophilus (A) or other specific health care strains that can be colonized in human large intestine, and consumers will certainly be told. Because these bacteria are usually expensive and the cultivation conditions are more difficult.

Whether or not to buy products containing these probiotics can only depend on personal choice.

In general, If there is no guarantee that there will be sufficient numbers of these health-care strains, Then even after drinking yogurt, it is very unlikely that these beneficial bacteria will settle down in the intestinal tract and play a long-term healthy role. Because most lactic acid bacteria will be sacrificed in the process of passing through the stomach and small intestine, only when the quantity is large enough can a few lucky people survive, enter the large intestine and settle down.

10. Some businesses advertise that prebiotics have been added to their yogurt products. Is this what?

These ingredients are non-toxic, They cannot be digested and absorbed by people in the small intestine, but enter the large intestine. Lactic acid bacteria in the large intestine like oligosaccharides very much. Once they have such [supplements], they will flourish and proliferate, while some harmful spoilage bacteria will feel uncomfortable and the number will decrease. Cultivating probiotics is very expensive and difficult, while adding prebiotics is not expensive and easy to operate.

However, prebiotics also need a certain amount to work, so drinking a little yogurt may not play a big role.

If you eat rice with braised pork and hamburgers with sweet drinks every day, you will get very little prebiotics. Even if you drink yogurt after meals, you will not be able to save the poor flora in your intestinal tract.