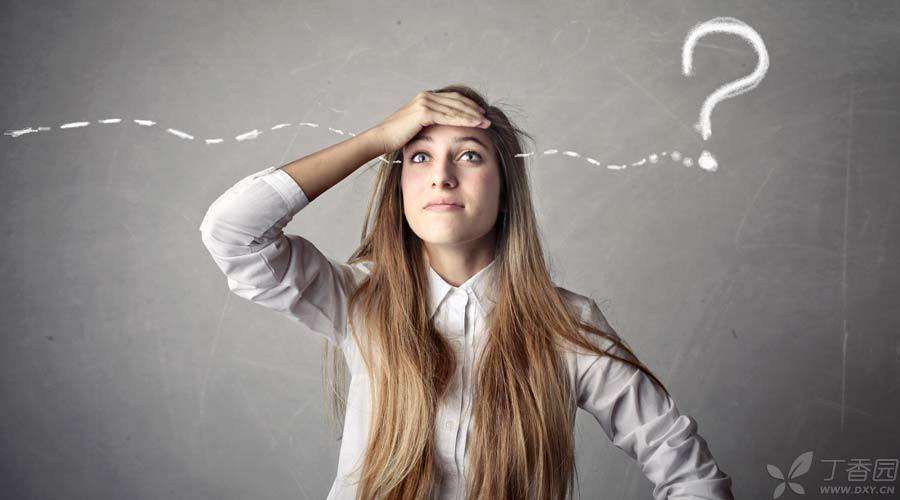 Although it was not efficient to go to work in the past, after all, I have been working for several years and am adept at it. I have climbed to this day step by step.

However, I didn’t expect that since the child was born and returned to his post, the work efficiency has been continuously discounted, and my mind is a mess. I can’t stand myself any more! I can’t remember what I planned to do. I’m suddenly not sure whether I have done it or not. I don’t write down the important things immediately and forget them in an instant. Every time I have to carefully plan and consider what’s schedule, I feel too tired before my mind turns.

Also, that kind of sleepiness, like being hollowed out, yawns all day, as if I hadn’t slept in my previous life…

There should be many female friends who have heard such complaints at parties, usually from expectant mothers or new mothers’ girlfriends, who often pour such bitter water head-on.

I have had similar experiences myself, and I will feel very deeply and wish to hug and cry. However, those who are planning to have children may still be able to pretend to be calm on their faces, and their hearts may be under great pressure. I hope they will not become so bad after they are pregnant with children.

What does [three years of one pregnancy] mean?

Many women said that they were experiencing or had experienced such experiences, and their feelings were clear and profound.

However, this point is quite consistent both at home and abroad, so different languages have created different nouns for the same situation, which are somewhat joking and teasing-English is Maternal Amnesia, Pregnancy Head, Mommy Brain or BabyBrain, Japanese is Mummy Brain…

These concepts clearly include [various absences] such as blank mind, slow thinking, vague forgetfulness and inefficiency, and are closely linked with the role of women as [mothers] in special periods such as pregnancy and child-rearing.

Among them, the simplest and cruelest way to describe it seems to be a Chinese saying: three years after a pregnancy. The signal sent by this saying is really a bit naked: once a woman [is pregnant], her IQ will begin to decline, and so will the postpartum period, and it will last for a long time!

Is this really the case? This matter is not that simple yet. It must be explained layer by layer like peeling bamboo shoots.

Is it true that [one pregnancy is stupid for three years]?

First of all, [one pregnancy and three years of stupidity], like many traditional Chinese statements, is sheer nonsense.

In modern medicine, there is no evidence that women’s IQ itself decreases after pregnancy-that is, they become [stupid]. The reason for this statement cannot rule out the social influence exerted by men who cannot experience and understand their mothers’ brain state after misunderstanding.

In particular, the word [silly] reflects a shallow and even somewhat sexist atmosphere. Today, people embracing science should no longer use it.

1. [Mother’s Brain] Does this phenomenon exist in itself?

From the most rigorous point of view, there is no final conclusion on this issue at present, and the relevant research is controversial.

Some studies suggest that women’s memory ability and thinking agility will be affected during the period from pregnancy to postpartum. Others said there was no negative effect. But one study, once published in Clinical and Experimental Neuropsychology, was more influential-the research team tested 412 pregnant women, 272 mothers and 386 women who were not pregnant or mothers, and the results showed that the pregnant women group did the worst.

What is the specific difference?

For example: As for the memory that is repeatedly strengthened at ordinary times, Pregnant women performed fairly well, such as recalling the phone numbers of close friends and family members. However, if they were asked to remember some new things, such as new phone numbers, new names, or whether they could remember some five to six digits in a short period of time, the results were somewhat unsatisfactory.

In the words of the researcher, during pregnancy, some but not all women’s thinking and memory will be negatively affected.

So, how much is the impact?

Why is there such a phenomenon?

Based on the results of the study, scholars believe that the phenomenon does exist. However, they admit that there is no clear physiological explanation for the cause of this phenomenon, and the drastic changes in hormones caused by pregnancy may be one of them.

You know, during pregnancy, The levels of progesterone and estrogen in women’s brains will be 15 to 40 times higher than usual. High hormone levels, Naturally, it will have some influence on brain neurons, and then on her cognition and memory, and even her spatial memory ability. When it comes to childbirth, oxytocin will surge again, causing uterine contraction and milk production, and at the same time, it may also affect thinking and memory. 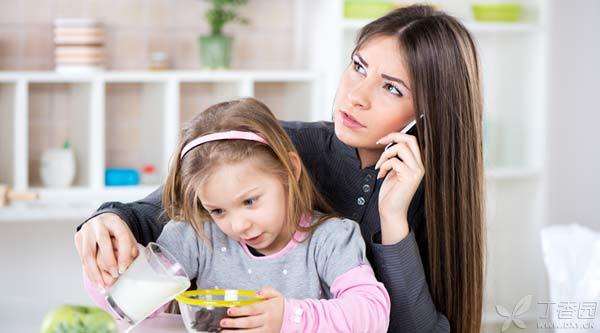 In 2016, a study published in Nature Neuroscience, a subsidiary issue of the authoritative international journal Nature, showed that women’s brains have really changed significantly over a period of about three years since pregnancy.

Researchers conducted [functional magnetic resonance imaging] (fMRI) examinations on pregnant women, non-pregnant women, pregnant wives and non-pregnant men respectively. The results showed that after pregnancy, until two years after giving birth to the baby, the mother’s [gray matter in specific areas of the brain shrank], that is to say, pregnancy caused changes in the woman’s brain for a period of time.

However, it is extremely irresponsible to say on the basis of this evidence that [people must be stupid if their brains are out of order].

In fact, the paper also mentioned that this kind of brain change similar to puberty (which may be more intense than that) actually makes the mother more adaptable to the changes in life after adding new family members: specifically, the change in brain structure brings the mother more attention to the people, things and things related to the baby, which is of course conducive to the reproduction of the next generation.

However, some scientists oppose and even refute this phenomenon, believing that [mother’s brain] is just a myth.

Their core view is that it is not the physiological changes caused by pregnancy itself, but the lifestyle changes brought about by pregnancy or child-rearing that cause this phenomenon-from the beginning of pregnancy, women’s previous lifestyle has undergone tremendous changes.

As pregnancy progresses, more and more unexpected conditions disrupt the previous rhythm of life, and some people may also experience negative emotions caused by psychological fluctuations.

After finally giving birth and becoming a new mother, she was busy all day around the new life that had just arrived on earth-tedious, tense and stressful, waking up frequently at night and being repeatedly deprived of the whole sleep time.

In response, Dr. Jane Martin, Director of the Neuropsychological Testing and Evaluation Center of Mount Sinai Medical Center in new york, USA, summed it up very simply in one sentence: “If you can’t sleep all the time and face multitasking challenges, no one will have a good memory. If you can’t sleep well, who can keep your mind sharp?”

Indeed, the sudden increase in tasks, as well as the information collection and skill learning that must be completed in a short period of time to cope with these tasks, are also unconsciously changing women’s attention tendency.

Therefore, it can be said that their IQ has never changed. What has changed is the priority in dealing with things.

For example, the new mother must have a difficult task list in her mind all the time, with numerous details, but the top three in the task list are almost certainly always closely related to the baby, and the others will naturally have to take a back seat.

There is also a factor that cannot be ignored to add fuel to the flames-the influence of culture on psychology-when society is pre-installed in the minds of many expectant mothers or new mothers under the influence of traditional culture: After psychological hints of [one baby for three years] or [the mother’s brain will definitely happen], they will easily deliberately pay attention to their forgetting behavior (even if this behavior exists as frequently as usual) and attribute all these problems to pregnancy or childbirth.

A few people may also lose confidence, feel stupid and have lower IQ. This may lead to more serious consequences. 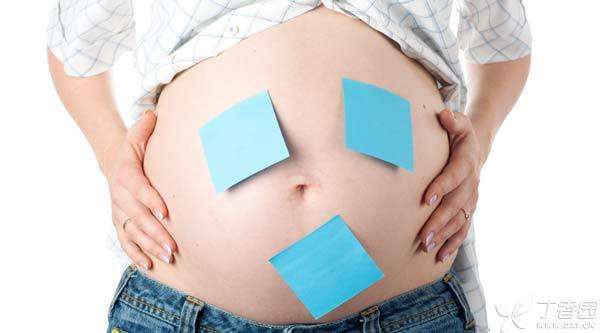 How to Deal with [Mother’s Brain]?

No matter whether the [mother’s brain] is caused by physiological, lifestyle, cultural and other factors or jointly, in a general sense, the phenomenon of [mother’s brain] does exist and has a considerable [scale].

So, how should we deal with it to successfully pass this special period?

This actually varies from person to person, everyone can sum up their own methods, but the following are worth referring to:

If you are a expectant mother or just became a mother, don’t psychologically suggest that you will definitely get a mother’s brain. Not everyone will experience a mother’s brain, including you. Psychological hints may make you nervous and allergic, but affect your work and life.

Step 2 Believe it will pass

Even if you feel that you already have a mother’s brain, you should believe that this is only a special transition period for women in psychology and physiology. Mother’s brain does not mean that your IQ and ability have really declined. Don’t lose confidence for this.

3. Think more about the positive aspects of pregnancy and motherhood

These experiences not only enrich life, And in science, There is constant evidence that mom’s brain is only temporary. However, nature may repay you with many more and more lasting benefits. For example, women who pass through the mother’s brain stage may be better than women who have not given birth in memory, spatial recognition, multitasking ability, and are more tolerant of fear and mental stress and braver.

4. Use tools to make up for memory troubles.

Female friends who have already experienced their mother’s brain can try various ways to reduce the trouble caused by memory problems. Take your notebook with you, send some voice memos to your mobile phone, write a few keywords on your palm in case of emergency, It’s all great. If you’re still worried that you can’t remember where everything is, you can put it in a conspicuous place in the environment. Some mothers are especially creative: they put it on their babies and put a bunch of it neatly-clear at a glance, never forget!

In this way, after the baby is born for about a year, you may slowly feel that your state is obviously recovering. At this time, you have already become accustomed to and even enjoyed a new lifestyle. Congratulations, a new life is open to you.