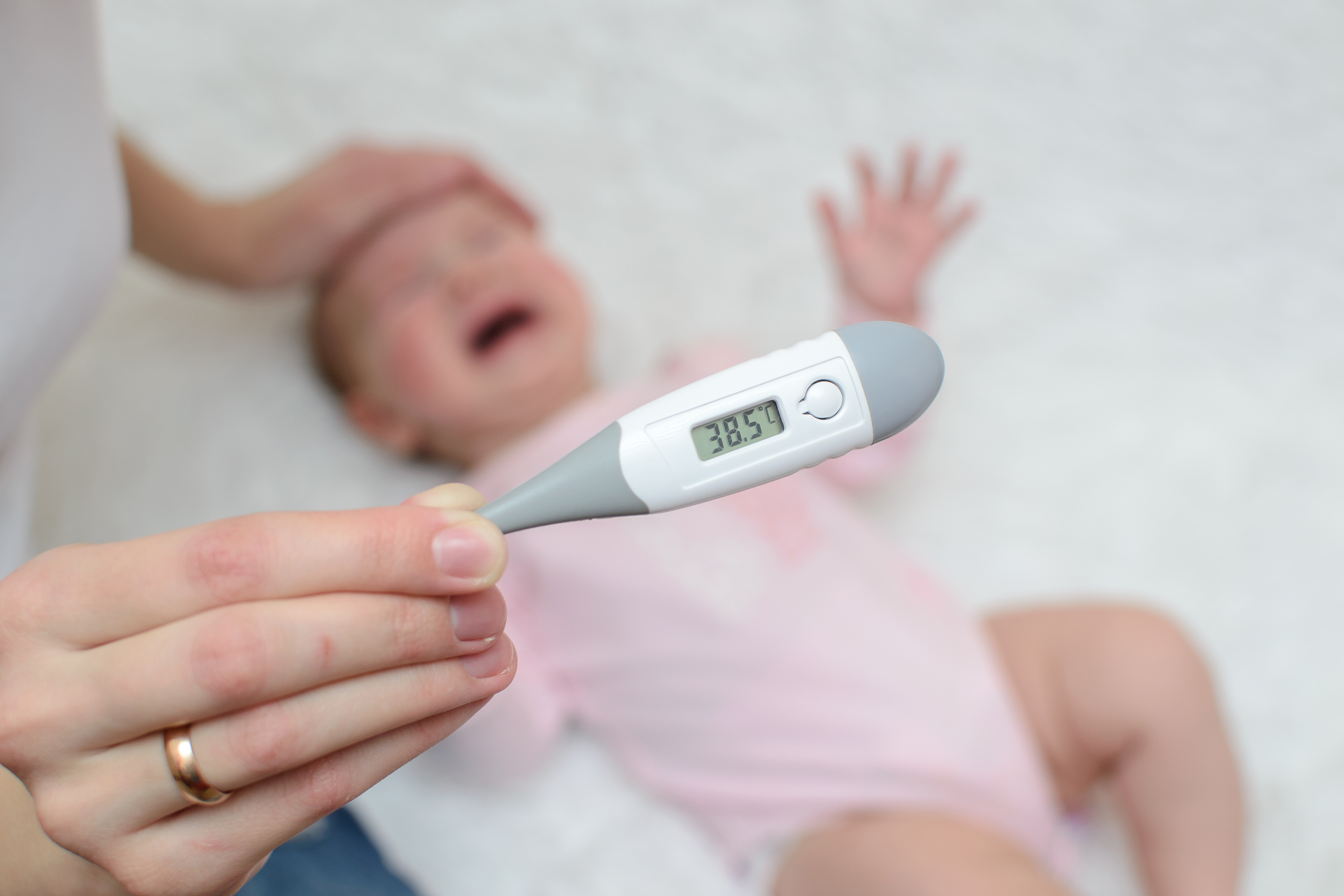 Recently, a news program reported the rescue process of a [cramp from fever] child in a hospital. The convulsive child, anxious parents, breathtaking treatment, doctor’s interpretation… This news has attracted the attention and forwarding of many parents.

However, many doctors have found that the understanding and many treatment methods of febrile convulsion in the video are wrong.

The wrong things spread so widely that the impact is really extremely bad!

Clove mother wants to talk about the baby’s febrile convulsion on this news.

Is febrile convulsion so severe?

The news said that the 18-month-old baby had [febrile convulsion], which lasted for two minutes and was very dangerous. Is this really the case?

First of all, let’s say two simple and direct words to give parents a reassurance:

Most febrile convulsions last for a short time and can be relieved within 1-5 minutes.

Most febrile convulsions have good prognosis and will not leave what sequelae to children.

The reason for this is not very clear, which may be related to the immature development of children’s nervous system, because convulsions seldom occur after the age of 5.

Inexperienced parents often feel panic when seeing such scenes and subconsciously regard the symptom as a sign of serious diseases, but in fact, it is not as serious as it seems.

Is this the right thing to do?

The child had febrile convulsion. Should parents do some what?

The doctor in the news gave the above response plan. Is it correct? Not correct.

Children during convulsions generally do not bite their tongues, but rather artificially insert fingers, cotton swabs, chopsticks, spoons and other things into their mouths, which are easy to cause dyspnea or oral damage.

In addition to not forcing children’s mouths to be pried open, is what something parents should not do?

Don’t run to the hospital with the child in your arms when the child convulses. Don’t pinch children, because it’s useless. Don’t restrict the child’s activities. Forcibly brake when the child twitches unconsciously, which is easy to cause injuries to the child. Don’t wipe with alcohol to cool down, which is easy to irritate the skin and cause alcoholism in children. Don’t ignore it after convulsion, go to the hospital to further find out the cause and eliminate nervous system diseases. Do not take antipyretic drugs to prevent convulsion. Antipyretic drugs cannot prevent febrile convulsion.

At the end of the news, the producers specially [sweetly] made a few lines of capital and bold words to remind parents what to do, but… this is definitely the wrong way!

So what is the right and scientific way for parents to do?

The general principles are:

Because febrile convulsions will stop on their own, what parents should do is not to prevent convulsions artificially, but to keep their children breathing smoothly, avoid bumping and observe closely at the same time.

Place the child properly. Place the child in a flat and soft place. Such as carpets, beds, And clean up the surrounding objects that may cause bumps. Ensure smooth breathing and let the child lie on his side. Head to one side, To prevent secretions from being inhaled into the trachea by mistake, And loosen the neckline and clothes. Clean up secretions around the mouth. Clean up saliva and residue around the child’s mouth with soft cloth. But don’t force it into the child’s mouth. Let the child feel comfortable, remove bedding, properly air conditioner to cool down, Can let the child feel comfortable. Do a good job in the relevant records of convulsion start time, duration, child status, etc., conditional can be recorded by mobile phone, to provide basis for the doctor’s follow-up diagnosis. Remember to see a doctor after convulsion, take the child to the hospital, clear the cause of fever.

These cases should be treated as soon as possible.

Febrile convulsion is not uncommon in younger children, and parents need not be too nervous. However, when the following conditions occur, attention should be paid to them and pediatricians should be found out.

Convulsions lasted for more than 5 minutes. Abnormal breathing; Consciousness cannot recover quickly after convulsion. The body temperature exceeds 40 ℃; More than one convulsion in a single day; Symptoms such as extreme lethargy, severe vomiting and neck rigidity occur. Every time I get hot, I twitch.

The baby has convulsions after fever. Parents must keep calm and properly handle it. This requires understanding the correct medical knowledge and mastering scientific treatment methods.

Don’t look at the news, transfer this article to Bao’s parents. May every parent properly and scientifically raise their children, and may every baby grow up healthily and happily.