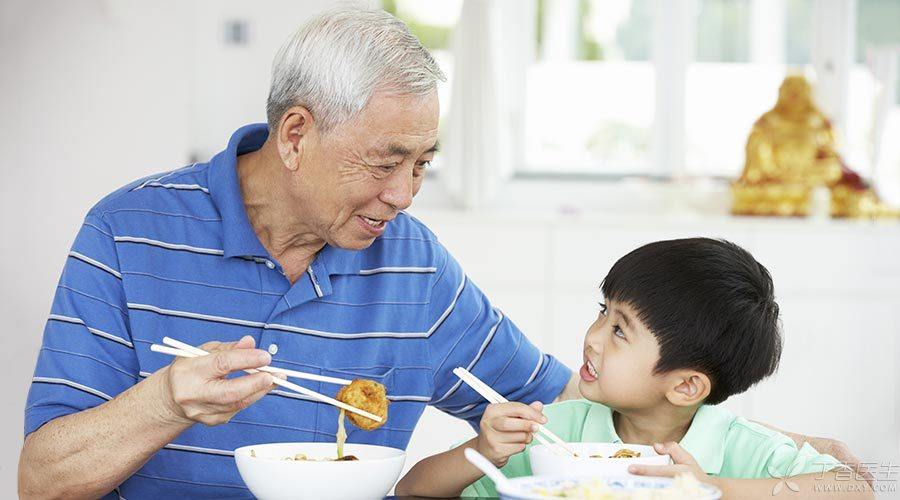 There are more and more middle-aged and elderly people with chronic diseases such as obesity, diabetes, hyperlipidemia and hypertension. What if they have these diseases? Doctors will say that they should improve their diet and eat less meat. Eating too much meat will lead to three highs, which makes many middle-aged and elderly friends afraid to eat meat.

In fact, it is wrong to think that the elderly cannot eat meat, nor does it conform to the principle of a balanced diet. Most countries in the world, including the United States, Australia, China and so on, believe that a balanced diet for the elderly should include a proper amount of meat when formulating dietary guidelines for the elderly.

With the increase of age, the body’s various body functions begin to decline and age. Especially the elderly over 60 years old, compared with the past, are more prone to metabolic disorders, leading to nutritional deficiencies, of which malnutrition and anemia are the most common.

In addition, with the increase of age, physical activity decreases, teeth become loose, oral problems become more and more, and elderly friends will also be in poor mood, which may also lead to anorexia and insufficient nutrient intake.

If middle-aged and elderly friends do not pay attention to the balance of nutrition and refuse to eat certain foods, it is easy to accelerate the decline of body organ function, especially when suffering from various diseases, it will make the health condition even worse.

Meat is an important component of a balanced diet

Meat is rich in nutrition and is an indispensable part of a balanced diet.

Meat, poultry, fish and other meat foods are good sources of high-quality protein for the elderly. Red meat is also rich in heme iron and has high absorption rate, which is of great significance for preventing iron deficiency anemia.

Some old people after the annual routine physical examination, found blood lipid elevation, then began to pay attention to diet health. Now the online about eating too much meat easily lead to cardiovascular diseases, the three advanced publicity can be said to be overwhelming, which makes the elderly eat meat lead to blood cholesterol elevation worries more intense. However, is this worry really worth it?

In fact, cholesterol in meat has little effect on raising human cholesterol.

Cholesterol in the human body comes from two sources, about 70% ~ 80% is synthesized by the liver, and only a small part comes from diet.

Moreover, cholesterol in food is actually a lipid, which is a nutrient substance needed by our human body. It is the main component of human cell membrane and is also the material for synthesizing vitamin D, bile and some hormones (such as sex hormones and epinephrine).

When eating meat, the real thing to pay attention to is fat.

Although there is no need to worry too much about cholesterol in meat, many cholesterol-rich meat, especially red meat (such as pork, beef and mutton), should still be eaten less. The fat in this kind of meat often contains a large amount of saturated fat that is unhealthy.

How should meat be eaten?

The protein synthesis ability of the elderly is reduced and the protein utilization rate is low. Therefore, the Dietary Guidelines for the Elderly in China (2010) suggest:

Elderly people should try their best to choose high-quality protein.

What is high quality protein? In short, it is mainly to eat less red meat and try to eat white meat.

1. White meat: fish and poultry are the first choice.

Fish and poultry meat are the first choice for the elderly. They have low fat content, short, fine and soft muscle fibers, and are easier to digest and absorb. It is suggested that the daily intake is 50-100g. Families with conditions can choose more marine fish and shrimps to increase the intake of high-quality protein and-3 polyunsaturated fatty acids. You can also eat whole blood products (such as duck blood) once a week in an appropriate amount, which also contains a certain amount of iron.

Red meat includes the muscles, viscera and products of domestic animals such as pigs, cattle, sheep, horses and donkeys.

It is suggested that the total amount of red meat should be controlled at 50 g per day. Red meat contains high fat, so lean meat should be selected as far as possible. Due to the high cholesterol content in animal viscera, the elderly should not eat too much. It is recommended to eat animal viscera only 1 ~ 2 times a week, 50 g each time.

The dietary pagoda for the elderly in our country recommends the daily intake of each kind of food, for example, about 150 g of meat should be eaten every day, including 50 ~ 100 g of fish, shrimp and poultry, 50 g of livestock meat and 25 ~ 50 g of eggs.

However, the data here are really detailed and difficult to remember. Don’t worry, the Chinese Nutrition Society has also summed up the [ten fist principles], namely [meat: grain: milk and beans: vegetables and fruits = 1: 2: 2: 5] (calculated by weight ratio).

It is suggested that the elderly often roughly estimate your daily intake of various foods according to the size of their fists (here refers to the weight before cooking):

I wish everyone a good appetite, a balanced diet and a healthy body.