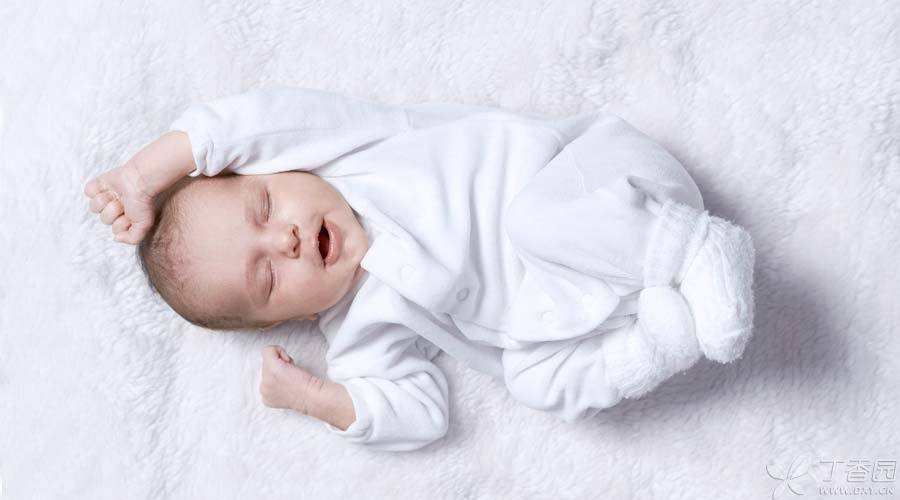 Parents often ask, what if my baby does not sleep well? It is true that this is one of the baby sleep problems that troubles many people, but to analyze the causes and solve the problems, we need to split the [insecure] into more detailed ones.

Let’s talk about the problem of not sleeping soundly.

The more common [insecurity] in sleep is reflected in:

It is easy to make noises such as whispers and hum-hum. The body will twist or even dance, especially when it is near morning, the legs will be straightened and tight, stretching and red face will be suppressed.

The common saying [stretch] (pronunciation chn) [long] or [hard] refers to this kind of phenomenon.

Because gradually learn to turn over, this stage of sleep [not steadfast] is more manifested in:

These phenomena will make the onlookers feel that the baby is very uncomfortable, thus making their hearts uneasy. Next, I will talk about the specific reasons and the corresponding improvement methods.

Babies do not sleep soundly, many of which are caused by flatulence.

Infants’ intestinal tract development is not so mature and are vulnerable to flatulence, especially for babies within 3 months of birth, some even lasting as long as 6 months. Here are some improvement ways to try:

1. Auxiliary actions such as hiccups

(1) Give the baby [I Love U] abdominal massage in the direction shown in the figure below. 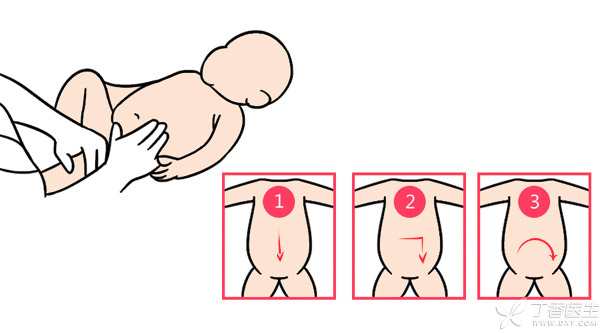 Some mothers who have practiced said that the baby could have slept for 7-8 hours at a time. They woke up once in a few days and their stomachs clapped loudly. After massaging and farting him, they slept from about 12 o’clock to 7 o’clock in the morning.

Here are some common hiccups. When one is not effective, you can try to change to another. 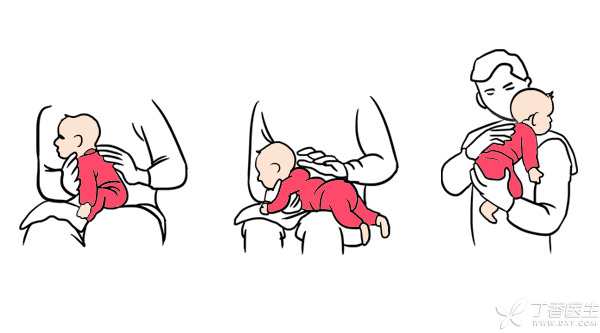 Regarding hiccups, parents often ask, do you want to wake up the baby when he falls asleep after eating milk? Do you still have hiccups?

Small-month-old babies often fall asleep when eating milk, so try to keep the baby awake and eat as much as possible during the feeding process.

In addition, no matter bottle feeding or breast milk feeding, hiccups can be performed before the baby’s sucking speed slows down obviously, but it is not completely asleep. If the baby is completely asleep, it is not so easy to beat.

It can’t be filmed at night, so you can stop it at your discretion.

If the baby is prone to spitting milk, it needs to hold it vertically for a while before putting it down.

(3) Exhaust gas in positions such as [holding the plane] [pedaling the bicycle], etc.

If it is suspected that the baby is suffering from various symptoms caused by flatulence, these two methods can help the baby expel the gas from the stomach and intestine. 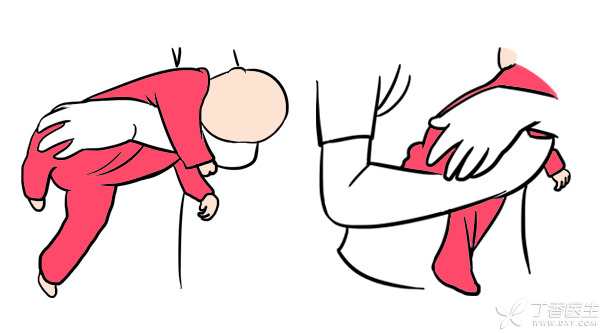 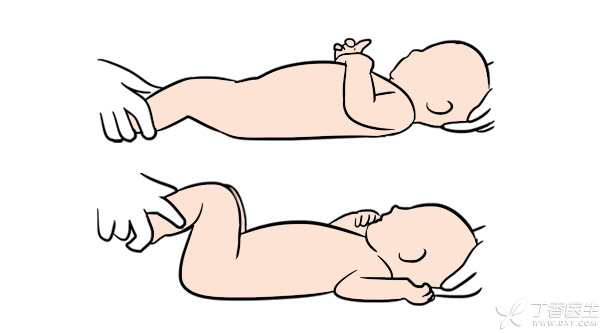 Drugs such as simethicone can help relieve the baby’s flatulence. If the previous methods do not work, you can consult a doctor.

Mothers should pay attention to diet investigation and reduce intake of foods that are easy to cause flatulence and allergic reactions, such as dairy products, bean products, excessive sugar, etc.

The American Academy of Pediatrics recommends that babies should be allowed to lie prone more, which can not only relieve flatulence and abdominal pain, but also exercise neck muscles, increase the amount of exercise, prevent head deviation caused by sleeping on their backs, and create conditions for learning to crawl.

Some parents find that their babies are more steadfast when sleeping on their stomach, This may be related to the posture of lying prone to relieve abdominal discomfort. However, for babies who cannot turn over freely, lying prone is not recommended, which will increase the risk of sudden infant death syndrome. The more appropriate way is to let the baby play on his stomach when awake, and sleep or try to sleep on his back.

Eat too full: Babies who eat too full are also easy to cause uneasy sleep, So eat in moderation, It is inappropriate to sleep immediately after eating too full. Especially for babies with supplementary foods, If you suddenly wake up much more in the first half of the night, Attention should be paid to whether there is any reason for this. Constipation: 6-month-old baby after adding supplementary food is prone to constipation. Many mothers found that in this case, the baby is also easy to toss and turn to sleep unsteadfast. Allergy, gastroesophageal reflux: some babies have allergy, gastroesophageal reflux and other conditions, sleep is easily disturbed, showing that sleep is not steadfast.

This situation may be due to the baby’s active sleep state or sleep cycle transition.

The proportion of active sleep in the early stage of infants is as high as 50%. At this stage, the body will be more active and prone to whispering and moving.

Parents should never interfere too much at this time. The correct way is to [take it for granted] and don’t get too bored. If you are too nervous, the baby will pick up and pat it fiercely as soon as there is movement, which will interfere with the baby’s ongoing or continuous sleep.

With the growth of the baby, the proportion of active sleep will decrease, giving people the feeling that they will sleep more soundly.

Many mothers have reflected that the baby was able to sleep almost all night before, but learned to turn over in about 4 months. As a result, he turned over whether awake or asleep. Sometimes he wanted to turn over for several hours a night. If he didn’t turn over, he would cry. At this time, he naturally felt that the baby slept [very uneasy].

Don’t be nervous, what parents can do at this time is to arrange more practice time during the day and provide suitable places. The rest is to accompany and wait patiently.

Babies may cry when they cannot turn over or fall asleep again, but slowly, the body will learn and adapt to this change. This is the only way for many babies, and ultimately they can only learn to adapt by themselves.

Five, have emotions before going to bed

For example, if you are too excited before going to bed, your baby will easily sleep unsteadily. The corresponding solution is to give your baby a warm and comfortable sleep environment as far as possible, pay attention to adjusting your baby’s regular work and rest, and don’t miss the sleep opportunity.

In addition, for children aged 6 months to more than 1 year old, separation anxiety is also a reason for not sleeping steadfastly and waking up in the first half of the night. At this time, parents should also try their best to go to bed early, telling the baby that when sleeping, parents are also at home and have not gone far. Please rest at ease.

The baby is immature, many reasons will lead to sleep [not steadfast], patiently and carefully investigate the reasons, improve what can be improved, and leave the rest to time. Relax and grow up with the baby.