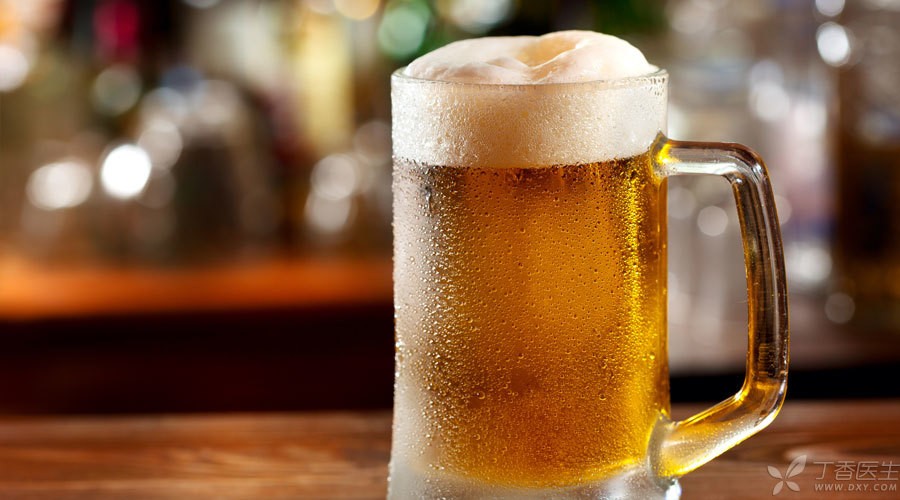 As for beer, Dr. Clove will advise everyone: Don’t drink any wine if you can, and drink less. If you must drink, it is best to remember first: adult men should drink no more than 750 milliliters of beer a day and adult women should not drink more than 450 milliliters a day.

How to drink beer more comfortably? We might as well learn more about this knowledge.

There is no difference in nutrition between yellow beer and black beer.

On the market, people often see different colors of beer, including common light yellow and stout, which is very popular in recent years. According to different colors, beer can be divided into three categories: light beer, strong beer and stout. 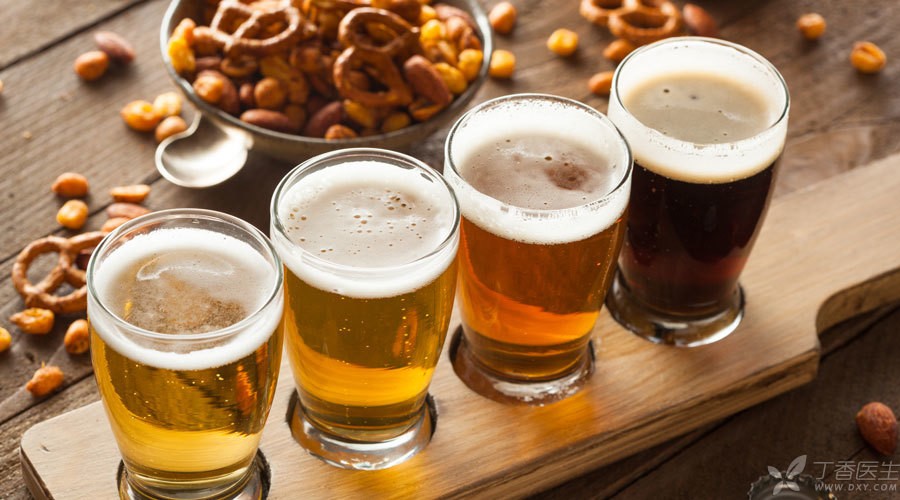 In addition to different colors, we often see pure raw beer, fresh beer and other beers, which are classified according to the sterilization method of beer.

1. Cooked beer is treated at high temperature to kill yeast and miscellaneous bacteria in the wine.

After beer brewing is completed, in order to prevent beer from deteriorating during transportation and storage, it is sometimes necessary to carry out some high-temperature treatment to kill yeast and miscellaneous bacteria in beer, which is called cooked beer.

Ordinary beer is usually cooked beer. The yeast in the beer has been heated and killed, and will not continue to ferment. The stability is better. This kind of beer can be stored for a long time after sealing, such as more than one year. This is also convenient for transportation and sales. However, high temperature treatment will have a greater impact on the taste of beer.

Without sterilization, the wine also contains live yeast, which is draft beer. Its shelf life is very short, usually only about three days, and it is usually made and sold now. Because draft beer is not sterilized by heat, it can better retain the flavor of beer, so many people think pure draft beer is better to drink.

Fine brewed beer is rare but also has its own flavor.

People who like beer must also know that brewed beer has become a popular trend in recent years.

What about what’s brewed beer? In fact, the word “brewed beer” in China is a translation of English craft beer. However, at present, all countries in the world do not have a unified definition of brewed beer.

Generally, the brewed beer we drink now is mainly brewed by small wineries or individuals, which is rarely seen in the market. However, due to the higher requirements of raw materials and technology in the brewing process of fine brewed beer, the brewed beer also has a unique flavor and is worth tasting. 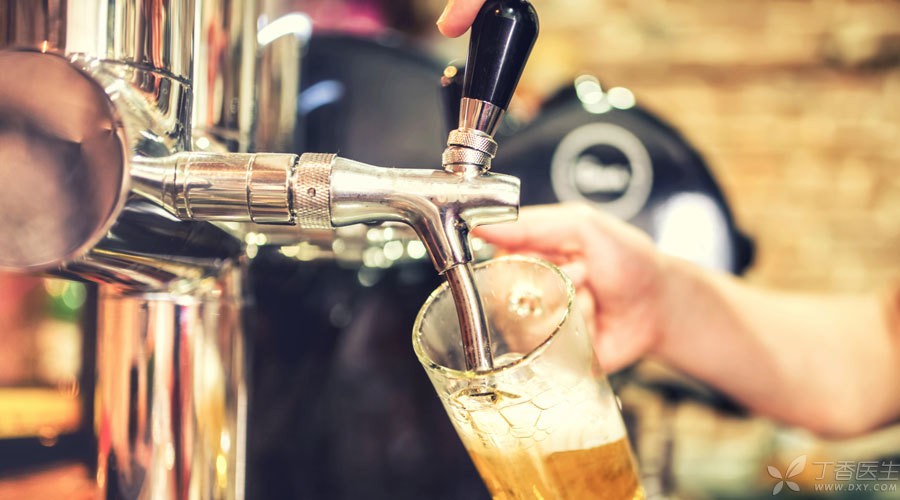 Beer and seafood can cause gout?

There is a saying that you cannot eat seafood and drink beer at the same time, otherwise you will get gout.

It does increase the risk.

Gout is mainly closely related to uric acid. Purine is produced by human metabolism, and purine is also ingested from food. Uric acid is produced after purine metabolism.

The following food factors will increase the risk of gout:

Among common foods, animal viscera and brain have the highest purine content, such as liver, waist, heart, pancreas, etc. In addition, many seafood products are high purine foods, which also increases the risk of gout.

2. Alcoholic beverages, such as beer

Therefore, alcohol and seafood are both high-risk factors for gout. Eating alone or together will increase the risk.

It is said that drinking some beer during barbecue can reduce harmful substances in barbecue and is beneficial to health.

Beer and rolls are almost perfect matches. The above statement gives people who like beer rolls another reason to fondle admiringly.

Although barbecue is delicious, fat oxidation, protein oxidation and other reactions will occur during barbecue due to high temperature, resulting in substances unhealthy, the most common of which is polycyclic aromatic hydrocarbons (PAHs).

Before, some scientists did study the relationship between beer and kebab. But what they do is not to eat barbecue with beer, but to add beer to the barbecue (this is somewhat similar to our beer duck).

They soaked the pork in beer for four hours and then roasted it. The results showed that the number of polycyclic aromatic hydrocarbons (PAHs) in the roast meat added with beer decreased.

Why did this happen? This may be due to the antioxidant substances contained in beer. Malt and hops used in beer all contain plant polyphenols. These substances have very good antioxidant properties. Therefore, the production of polycyclic aromatic hydrocarbons (PAHs) can be reduced during barbecue.

However, this is completely different from the barbecue drinking beer mentioned above. Therefore, the claim that drinking beer can reduce harmful substances in barbecue is a complete rumor. 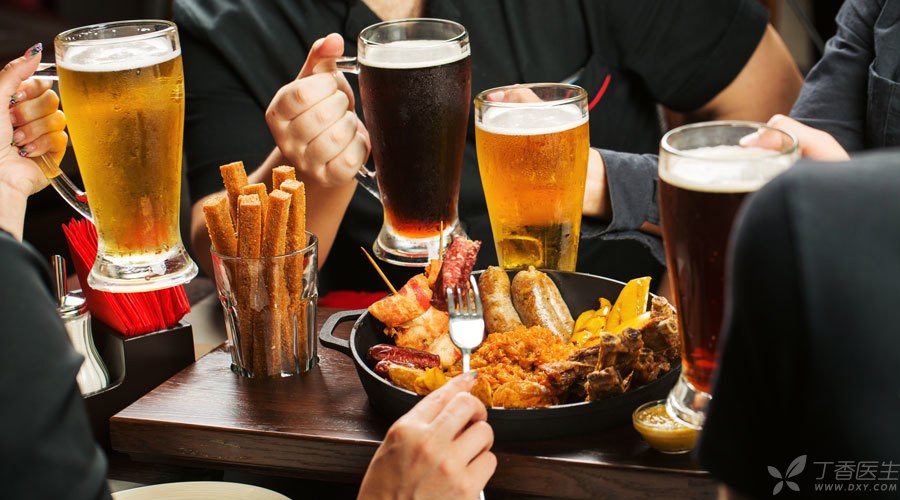 Some people say that middle-aged and elderly people should drink more beer to prevent osteoporosis.

The claim that beer prevents osteoporosis may come from the mineral element silicon contained in beer. Silicon is an important element in the process of bone formation, which helps to increase bone density and prevent osteoporosis.

Silicon is a trace element, and the amount people need is very small, which is basically not lacking if they eat normally. Because silicon is ubiquitous in the hulls of all grains, including barley, millet bran, oats and rice bran.

Therefore, foods containing these raw materials will naturally be rich in silicon, and beer is no exception.

However, based on this, it is really ridiculous to recommend the middle-aged and elderly people to drink beer to prevent osteoporosis. Excessive alcohol intake will not only increase the risk of cardiovascular diseases and various cancers, but also be of no benefit to health. More importantly, it is an important factor leading to osteoporosis.

For the middle-aged and elderly people, if they want to prevent osteoporosis, they should pay attention to calcium intake, drink milk or yogurt every day, and go to outdoor sports at the same time.

Beer makes a man a woman?

It is said that phytoestrogen in beer can inhibit the secretion of testosterone by male testis, weaken male muscle strength, reduce body hair, shed beard, develop breasts and buttocks, etc., and eventually make men look more and more like women.

This statement is wrong.

The fact is that hops are used in the process of beer making, and hops contain phytoestrogen. The phytohormone in beer is mainly xanthohumol, which is extremely low in content of less than 1 mg/L in beer. Moreover, during the fermentation process, it may lose its activity, and there is very little left.

The plant hormone that drinks beer normally cannot reverse the hormone balance at all, nor will it affect male sexual characteristics.

Be careful of cirrhosis and alcoholism leading to [male mammary gland development].

If yesLiver cirrhosis, alcoholism and liver hypofunction will lead to the weakening of estrogen degradation, while the aromatization of androgen will be enhanced, resulting in the relative increase of estrogen, insufficient testosterone production or weakening of the effect.Alcohol can also reduce men’s sexual ability and even lead to impotence.

Drinking a lot is not a good thing in what. For the sake of your happiness and that of your other half, it is better to drink less.