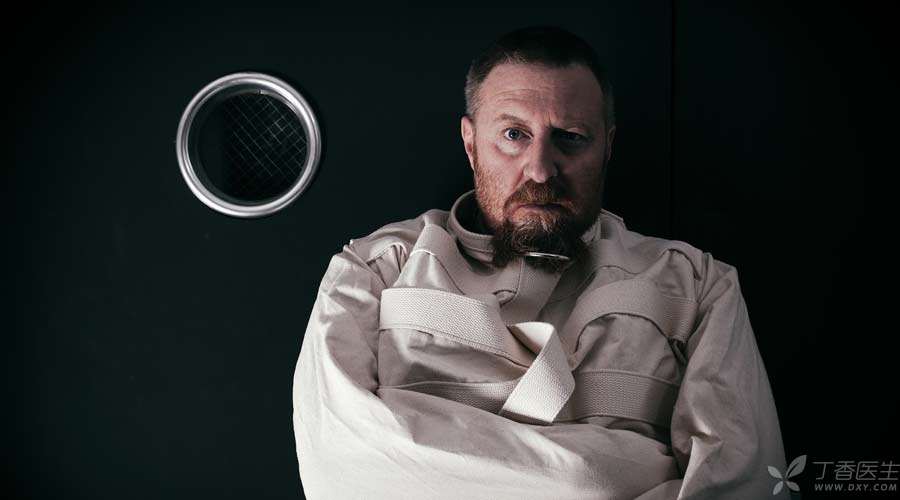 In the media, we often see that the people who hurt people, set fires and made trouble are [mental patients]. Early in the morning, a police car brought a patient who beat his mother.

I will take this opportunity to take you to get a close look at the [true face] of the mentally ill who hit people.

Police: It is not difficult to control something that has happened,

I will first find out the situation from the child policeman Zhang Da. The following is his story.

Doctor, this time it was Da Liu, a patient from our district, who called his mother early in the morning. The neighborhood committee called us and said that I knew it was this guy and arrived in a few minutes.

Well, see you are a little doctor, do you know why I arrived so soon?

We have files. I have made it clear that several patients on hand have been in trouble before. What was discharged from hospital in what. The family address and contact information of the family have all been recorded. The neighborhood committee is also connected with us. This is not true. We will know as soon as an accident occurs.

In Shanghai, discharged patients with severe mental diseases will be recorded, and neighborhood committees and police stations will jointly grasp the information of these patients so as to achieve regular visits and timely treatment.

This work is also gradually being carried out in other parts of the country, with pairs of silent eyes falling on such patients.

This is our new Xiao Wu. He was still worried about the shortage of manpower on the way, hey hey, what was he worried about?

Mental patients are very different from criminals. They look fierce and unreasonable. In fact, they are confused and cannot control themselves. They do not have bad hearts to hurt people. Doctor, are you right?

You see, he has already endangered public safety and can be forced to be sent to a doctor. What else did he say there [you are all bad people, bad people have called more bad people]! I was fierce to him: [You beat your mother, you are not a bad person? ] He didn’t dare to say a word. I took his arm and hey ~ came over.

Although mental patients are shocked by [audio-visual effects], their wounding and destroying behaviors do not intentionally harm society, but vent anger or ecstasy, or are dominated by hallucinations and delusions.

At this time, proper appeasement and timely compulsory medical treatment can often solve the problem smoothly.

Neighbor: I knew something was going to happen again,

Aunt Wang, the neighbor of patient Da Liu, was a warm-hearted person. When she saw that Da Zhang had finished speaking, she also leaned in.

As soon as I heard the voice next door, I knew it was not good.

Big Liu Ma said that he had not been able to take good medicine recently, did not sleep on time, spoke fiercely and always talked nonsense. Thinking of his last experience of getting into trouble, I knew that something was going to happen again!

The occurrence of violence in patients can be predicted by some signs, not completely without warning and making people unprepared.

Then I went there! The mother and the son danced and the other was in tears.

Liu kept saying that his mother was the agent of terrorists and that we were all accomplices. He wanted to brainwash him and intimidate him to engage in terrorist activities together.

Liu Ma scolded him loudly. What was not filial and obedient. He did not clean the bowls or clean the table after the meal.

I just wanted to persuade Big Liu Ma to stop talking about the child when he was angry. As a result, Big Liu slapped his mother and threw her to the ground.

Liu, the child, was more afraid of us. As soon as we went in and pulled him apart, he walked away on his own-but we were still quite afraid of him. Although he didn’t do anything harmful to what, he always felt that madman was irrational and unpredictable. How did he know when what did something to scare you?

For example, the last time the newspaper said that a madman shouted and danced in the community, beating people when he caught them, just like playing Beijing opera. You said, can the neighborhood not avoid it? It is not easy for their mother and son…

An irrefutable fact is that the proportion of violent troubles caused by patients with severe mental diseases is much lower than that of normal people.

However, people have a deep impression and fear of the patient’s risk of violence.

On the one hand, this is because the unpredictability of the patient deepens this fear; On the other hand, the violence of the patient is rich in color, easy to impress people, and easier to spread in gossip and media.

Family: He is harmless to strangers,

Next, I’m going to ask Mrs. Liu briefly. Before asking about her medical history in detail, I comforted her while listening to her rambling on the following words.

He insisted on taking medicine for several years and has been fine all the time. After stopping for several months, he was not able to do so.

Unauthorized drug reduction and withdrawal without following the doctor’s advice often lead to repeated symptoms, which increases the possibility of violence.

I want him to become a normal person and my darling son. I told him to do this and do that. I taught him to be polite and have good habits. As a result, I quarreled with him more and more.

He opposed me every day, and this time he actually started to fight me. I never expected it. I was his mother-in-law. Where did he get the courage?

In front of people who don’t know him very well, he is always timid!

About half of the victims of violence by mental patients are relatives and about one fifth are neighbors, because there are many contacts in life and there are many opportunities for disputes. For example, friends, distant relatives and strangers are less likely to be hurt.

I didn’t hit my mother!

My mother is already a terrorist, doctor, you have to believe me, I beat her for her good, I want to beat the terrorists on her!

My mother has been brainwashed, she is inhuman! Doctor, help my mother!

Next door, Aunt Wang and Aunt Wang were not possessed by terrorists! She never brainwashed me, never used magic on me!

Doctor, doctor! In fact, I love my mother, so I want to beat her, I want to save her! Of course, it is wrong to hit people. I am too excited and bored in my heart. I also don’t know, how can I save my mother…

All these clues help the family members of patients to prevent violence.

Not every mentally ill person should be on guard.

The victims are mainly people who have more contact with patients. In most cases, they will take the initiative to avoid strangers.

Pay attention to the warning signs before the patient commits violence.

Before patients commit violence, there are usually some warning signs, such as fluctuation of illness, self-withdrawal of drugs, and conflict with others. Patients who have committed violence before are also more likely to commit violence again.

At present, street communities and district police stations are cooperating more and more. In addition to supervising patients to take medicine, preventing and timely stopping injuries or self-injuries, they will also carry out work and entertainment treatment.

If the patient has violence, contact the community and the child police in time, which can usually control the situation.

Regular medication can well control the patient’s condition and even lead a normal life. In addition, the view that [mental patients are prone to violence] is also incorrect, and their violence is predictable and controllable.