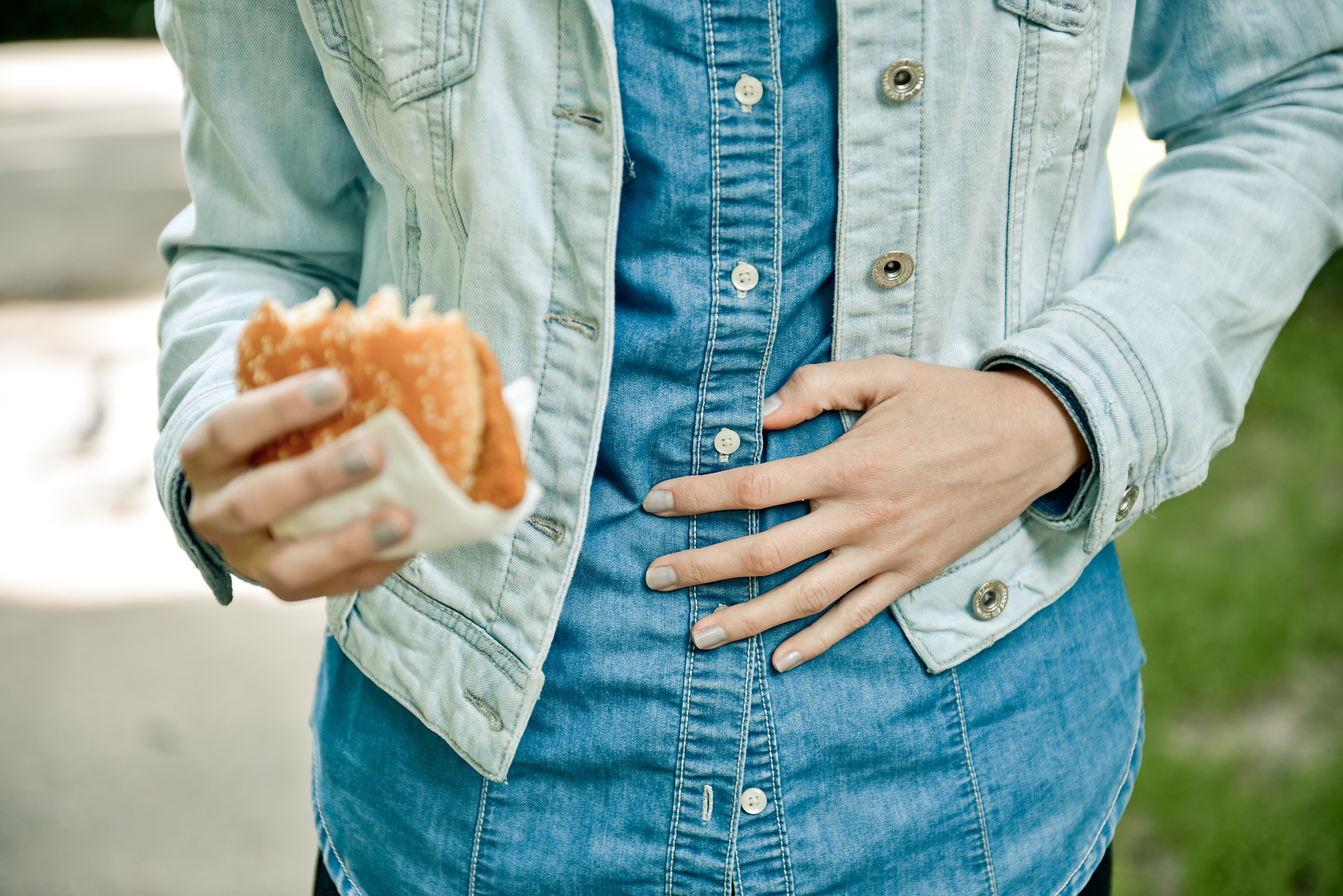 After a busy day, on the way home from work, I felt that I could eat an elephant and went straight to the restaurant as soon as I entered the house.

As a result, there was only a large basin of colorful fruits and vegetables on the dining table for the meeting, and the [1234] daughter-in-law who was doing rhythmic exercises was still standing in front of the dining table.

[Wife? Is that what we’re eating tonight? ]

[There is no salad dressing in it. They are not bashful to call themselves salad? ]

[Husband, I didn’t refrain that afternoon. I drank Xingbing Le and ate cheesecake. Today’s calories are already off the charts, so… I have to work hard with you to eat grass first. These grass fill the stomach, so you have no appetite to eat anything else.]

[Occasionally indulge your stomach, there is no problem, don’t you need to work so hard to lose weight? ]

[Of course it will be so hard. Your doctor will say shut up and keep your legs open. How can it be so easy? The stomach is always empty, and the mouth is really not easy to control. Alas, husband, you said that when you saw those models on Weibo, you went to Taiwan for surgery, saying that if you put a ball in your stomach, it would make your stomach smaller and you would not be hungry. Why don’t I try it? ]

In fact, doctors really don’t just say [shut up and keep your legs open], but they have also been trying to control obesity through surgery.

The appearance of obesity simply means that the human body consumes more calories than it consumes. We do not have good medical intervention methods to increase calorie consumption for the time being. Then we will find ways to artificially reduce the intake of calories.

There are actually two ways to reduce calorie intake.

The first is artificial malabsorption. Because we digest and absorb food and convert it into calories, which mainly occur in the small intestine, shortening the small intestine through surgery can reduce calorie intake and thus lose weight.

The second is to limit the stomach volume through surgery, making the stomach, an important food storage organ, smaller and easier to fill, thus limiting calorie intake.

Yes, this latter way is what many women who lose weight, including my wife, think about. They don’t have to take any more efforts to fill their stomachs with grass, and they have a small stomach that is easy to satisfy. Does it sound great?

Now there are several different surgical methods to shrink our stomachs. Perhaps the most attractive thing to you is this seemingly simplest…

As the name implies, a soft balloon is slowly placed into the stomach through a gastroscope. Once the balloon reaches the appropriate position, the balloon is filled with normal saline. The filled balloon occupies the original position of the stomach cavity.

When eating in the future, the stomach cavity cannot expand to its original size. It is impossible for you to eat so much.

At present, the commonly used gastric water polo device can inject normal saline from 400 to 700 milliliters, while the normal expanded stomach volume is only 1200 to 1500 milliliters. You can calculate by yourself how much you have eaten less.

However, it looks very simple and has no trauma. Its history is also quite tortuous.

As early as the 1980s, FDA approved the first gastric water polo device for weight loss, but in the 1990s, the license was revoked. There were two reasons at that time.

First of all, gastric balloon can only be placed for 6 months.

If it has not been removed for more than 6 months, the leakage rate is very high. Therefore, long-term observation shows that the weight loss effect is not good. At that time, the data was that only 20% of the surgeons could reduce their excess weight by 20% 5 years after operation.

The second is safety. This full balloon has also been found to have the risk of causing gastric rupture and vascular embolism.

Although Americans have banned this method, water polo has always been allowed to lose weight in Europe, South America, Australia and other countries and Taiwan. With the use of water polo in large quantities, more experience has been accumulated to continuously adjust and improve.

By 2015, two new types of water polo were finally approved by FDA, namely Orbera Intragastric Balloon and ReShape Dual Balloon. Their safety has been greatly improved and the risk of serious complications can be reduced.

In fact, gastric water polo has not been approved for clinical use in China.

Some people will organize groups to go to Taiwan for this operation, and some hospitals in China carry out this operation without permission under the banner of research or other banners. The safety of this kind of unauthorized operation cannot be guaranteed, nor can it be monitored whether the new water polo device is used. We do not advocate it.

Due to the two characteristics of gastric water polo surgery itself. First of all, the trauma is small, and the side effects after surgery are relatively small, only occasional nausea, vomiting, induced gastric ulcer, etc. Secondly, it needs to be taken out after 6 months, and the long-term effect is not very good.

Therefore, at present, in Europe and the United States, it is more used as a transitional treatment measure to improve the general situation of obese people, initially lose weight and create conditions for further surgical treatment.

Compared with gastric water polo, there are three methods that take longer to apply and have more accurate weight loss effect. There are also many in China.

Brief answer is that the stomach is divided into two parts by surgery, leaving the second half vacant and only allowing the first half to become the passage through which food passes.

Place a tight, adjustable artificial band around the entrance of the stomach to [grab the neck of the stomach]. This band can be adjusted outside the body, like a belt, tightening or relaxing the band according to your needs to change the size of the appetite.

The large curved side of the stomach is removed by surgery, so that the stomach becomes a flat tubular structure and cannot be eaten if you want.

However, since all of them have surgical knives, they should be careful of related complications.

In addition to the traditional three operations, there are some more novel and currently under study than intragastric water polo, such as self-forming and self-emptying balloons orally placed in the stomach, and vagus nerve block, which sends electrical pulses to the vagus nerve to stimulate satiety.

These various surgical methods do make it easier for obese people to control their weight and can fight and treat obesity-related diseases such as diabetes.

However, we have also seen that each surgical method has its own shortcomings. The approximately 200,000 weight loss surgeries performed in the United States every year in various methods have strict conditions:

Only severe pathological obesity can be treated surgically.

The reason why the conditions are strictly limited is to ensure that the benefits of weight loss surgery must exceed the disadvantages of various possible adverse reactions.

China’s market for weight loss surgery is also very large, but unfortunately, so far there has not been a unified standard. Due to the characteristics of Asian people’s body shape, it may not be appropriate to completely copy the US surgical standards, and obviously it is not allowed to operate without restraint as long as [you think you are fat].

In most cases, we should not consider surgery, but return to [shut up and keep your legs open] first. Adhering to a healthy lifestyle is the king of weight loss.

[Husband, I understand. Look at your hard work. In addition to this salad, I have also prepared 100g of white boiled chicken breast to reward you.]