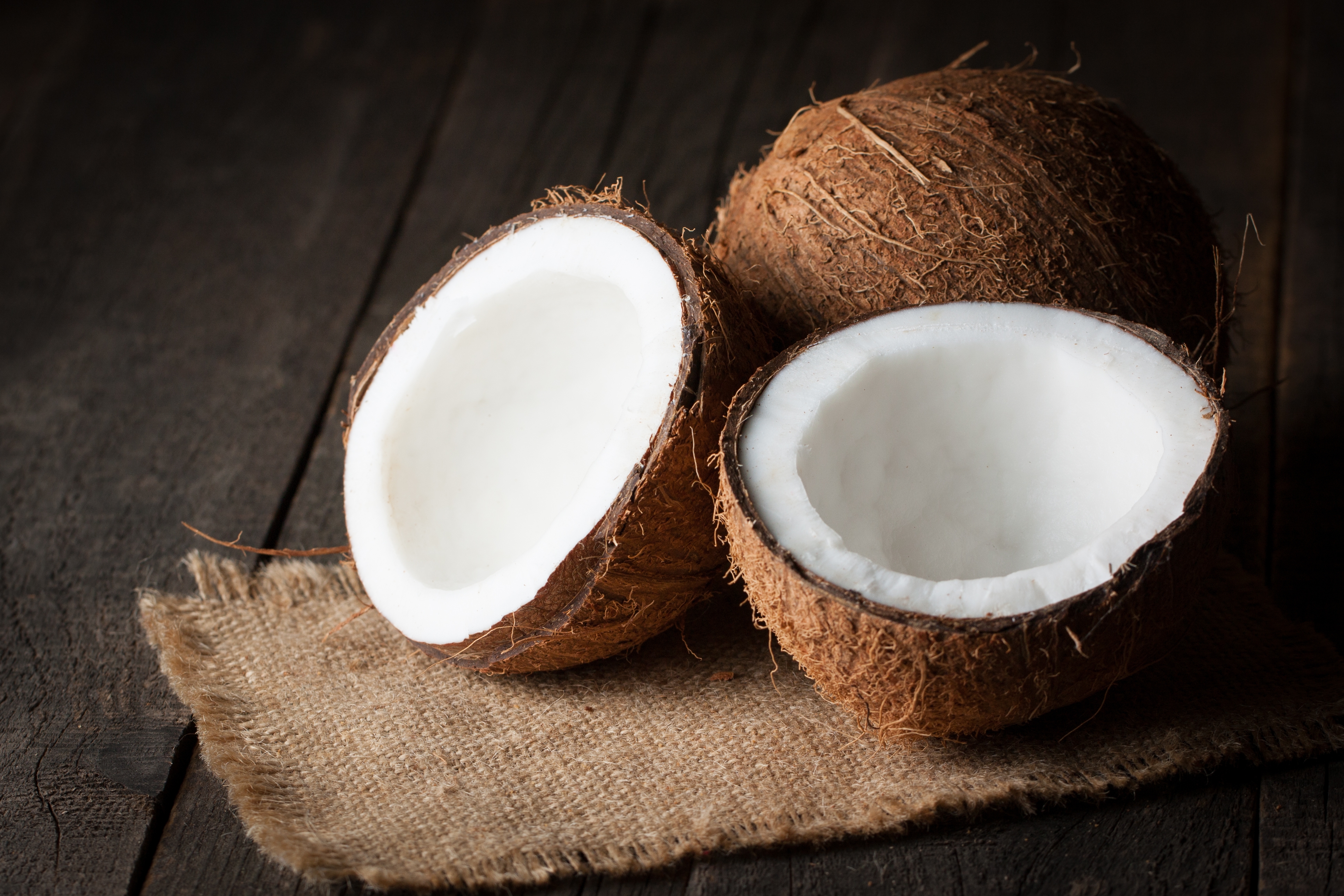 Milk, cheese and other dairy products are common dessert ingredients, but for children who are lactose intolerant, there are some unhappy feelings. Some smart mothers thought of using soya-bean milk, tofu and other bean products to replace, but sensitive children are not used to the beany smell.

Coconut to help you!

Coconut powder can replace flour and milk powder, coconut milk can replace light cream and milk, and the strong flavor of coconut paste does not lose cheese at all.

How to operate, follow the following three recipes to learn together!

The following ingredients can be made into 2 cups.

1. Wash pumpkins, peel them, cut them into small pieces, steam them in a steamer, and let them cool for later use. Grind cinnamon into powder or use ready-made cinnamon powder.

2. Add a small amount of cinnamon powder to pumpkin and beat it into paste with a cooking machine.

3. Add a proper amount of coconut milk according to personal taste, stir evenly, sprinkle coconut paste and cinnamon powder for decoration. If you like hot drinking, you can heat it slightly and have better flavor.

Don’t think cinnamon can only be used for stew. In fact, cinnamon is often used in desserts abroad, especially with pumpkin and apple.

Cinnamon powder not only has unique flavor, but also can improve the response ability of adipocytes in the body to insulin. If there is a [small fat block] in the family, adding some cinnamon powder when drinking milk and yogurt can help control weight.

The following ingredients are recommended for children to eat twice or share with 2 small partners. (Do you eat with your children? Of course.)

1. Beat coconut powder, coconut milk and bananas into a uniform paste with a blender.

2. Put it into a non-stick container (such as plastic lunch box) and cover it. Place the lunch box about 10 cm above the table top and fall 2-3 times naturally to shake out bubbles, then put it in the refrigerator to freeze overnight.

3. Take out the cut pieces and sprinkle coconut paste on the surface for decoration.

The coconut recipe made by this formula is a bit easy to melt. It is best to enjoy it as soon as possible after taking it out of the refrigerator. It is very convenient to scoop it with a small spoon. In fact, there is no need to struggle with it. It is not easy to cut it into pieces and set it up for friends. It is the most important thing for children to like to eat.

Of course, Dr. Clove fully understands the hearts of mothers who want to take photos in a concave shape. Add some corn starch or gelatin (tablets) to the raw materials, so that the shape can be better maintained after freezing.

Coconut powder contains about 60% coconut oil. The rich medium-chain fatty acids in coconut oil have unique metabolic pathways in human body and play a positive role in preventing childhood obesity. In an in vitro experiment, coconut oil was also found to have a certain effect on preventing dental caries in children.

However, it should be noted that coconut oil is also grease and has a lot of calories. Children also need to pay attention to controlling their food intake when eating this coconut recipe.

The following ingredients can be made into 6, and children are advised to eat 1-2 at a time.

2. Rub it into small balls convenient for children to enter, and coat the surface with a proper amount of coconut paste.

3. Freeze in the refrigerator for 10 minutes.

Coconut powder kneading dough is more sticky, it is recommended to wear gloves, which is also more hygienic. This step can be completed together with children. It is very interesting to think about the scene of a family kneading dough.

In addition to coconut paste, coconut balls can also be stained with various nuts and dried fruits to make different tastes for children to choose from.

The digestibility coefficient of coconut oil contained in coconut powder, coconut milk and coconut paste is as high as 99.3%, of which lauric acid is also the most important saturated fatty acid in breast milk, which is very suitable for children whose digestive function is still developing.