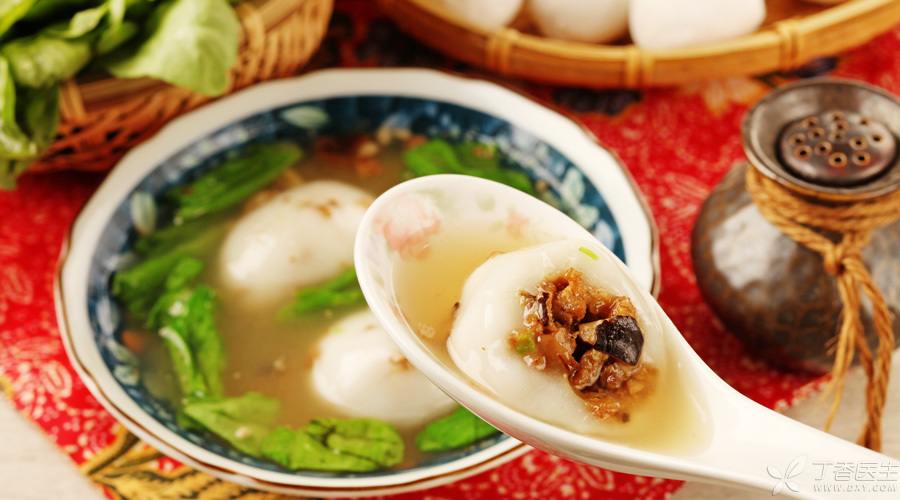 The 15th day of the first month is the end of the year.

According to local tradition, Tangyuan is basically eaten in the south and Yuanxiao in the north. However, Tangyuan is not equal to Yuanxiao. They are very different, do you know?

In short, Tangyuan is [wrapped] and Yuanxiao is [rocked].

Tangyuan is to mix raw glutinous rice flour into flour balls with hot or cold water, then wrap various fillings in the pericardium and rub them into a round, smooth and glutinous skin.

Yuanxiao is to cut the solid stuffing into small pieces, dip it in water, and then shake and shake it on the sieve full of raw glutinous rice flour, sprinkle some water while shaking, and wait for the stuffing to roll on the powder and roll it into balls, with dry, soft and thin skin.

Tangyuan stuffing has high moisture content and is soft. Small glutinous rice balls without stuffing can often be used to cook wine and various sweet soups.

Yuanxiao stuffing should be dry, not too soft, hard and strong, otherwise it is not good to form [rock and roll].

Tangyuan stuffing can be salty or sweet, meat or vegetable, In addition to the most traditional black sesame, five kernels, bean paste and hawthorn stuffing, there are many fruit stuffing on the market, such as strawberry, pineapple and durian stuffing, there are also many flower stuffing, such as jasmine, rose and osmanthus stuffing, purple potato, pumpkin and chestnut stuffing that flaunt coarse cereals, and of course there are plum vegetable roasted meat and mushroom fresh meat stuffing that stir up the national contradiction of “salty and sweet dispute”.

Tangyuan is mostly cooked or fried. Yuanxiao is mostly fried or cooked.

The cooking time of glutinous rice balls is shorter, about 3-5 minutes to float, and the boiled soup is clear soup.

Tangyuan can be frozen and has a long shelf life. Quick-frozen Tangyuan can be bought all over the country and eaten all year round. Some areas in the south will eat Tangyuan during the Spring Festival, Winter Solstice and other solar terms.

Yuanxiao is easy to crack after being kept for a few more days or frozen, and its shelf life is very short. Therefore, it is usually only made on the spot in the north and sold on the same day, which is more like a festival atmosphere.

To get back to the point, many friends are not concerned about whether you call Tangyuan or Yuanxiao, but which is better to eat and not to gain weight!

First of all, if you can accept salty Tangyuan (this really depends on the region), Of course, the choice is preferred. Apart from being too high in sodium, fresh meat dumplings are the ones with the least carbohydrate, the best protein content and even slightly lower fat content than sweet ones. Meat stuffing dumplings and cooking green leafy vegetables, shrimps and mushrooms in the soup are all good choices.

Then, try purple potato, purple rice and pumpkin. However, they are not like the [low calorie], [healthy] and [nutritious] advertised in the packaging advertisement. After all, the addition of coarse and miscellaneous grain materials is very limited. Some [xylitol] formulas can be selected, but still cannot be eaten more.

Finally, it is better to choose fruits, flowers or chocolate as early adopters. The stuffing of fruits and flowers often relies on more essence to provide flavor, and the amount of sugar and oil is not less at all. Health factors such as vitamin C and cellulose in the fruit itself are even more impossible to eat in the stuffing.

Pay attention to not eating more staple food during dinner after eating glutinous rice balls and yuanxiao. Don’t eat it for 3 hours before going to bed.