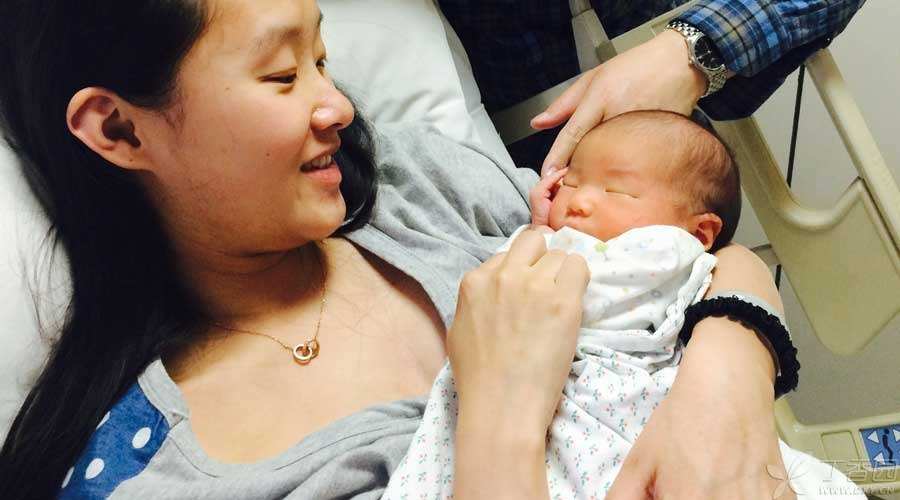 When I was pushed into the delivery room and lying on the delivery bed, I suddenly understood that the pain of uterine contraction, which lasted for hours or even tens of hours before delivery, was definitely of great significance-it gave you the courage and confidence to despise the more severe challenges since then in spirit.

Miss Zhou was moved from the hospital bed to the movable board bed by the nurse and her family, too many cooks. Accompanied by Dr. Tian, she entered the delivery room.

There have always been two completely different views on the issue of family accompanying childbirth.

Opponents: Mainly medical staff, at least girls, many obstetricians around me are in this camp.

It is said that more than half of the reason why Dr. Tian did not choose obstetrics and gynecology as his lifelong career was because of childbirth [the picture was too beautiful to look at].

As a surgeon, the blood column can not change color even when it soars into mid-air, but Dr. Tian still had some ideological struggle over whether to go to the delivery room to accompany the delivery.

The marathon to test physical strength and will began.

There is a huge electronic clock above the maternity bed. I glanced at the girl when I entered the door-17: 45. It is said that the upper limit for the second stage of labor is 2 hours. If you have labor pain relief, the upper limit can be increased to 3 hours. This means that as long as you work hard, there will be no accident. In two or three hours, the battle will be over. I seem to have seen the dawn of victory.

[Come on, move to the maternity bed.] The doctor in the delivery room gave orders.

Girl I’ve heard many versions of [moving to the maternity bed], each with severe pain and deep resentment. But strangely, at that moment, I found that this action was not difficult to complete. Perhaps compared with the previous nearly 20 hours of suffering, this is a small Case? Or did I see victory beckoning to me and all the difficulties turned into floating clouds?

In short, during the short contractions, I moved myself and the big ball in my abdomen to the maternity bed smoothly. Then, under the guidance of the doctor, I separated my legs, stepped on the tripod, and held the bracelet beside the tripod with both hands.

[Wait a minute, listen to the doctor’s command, push your feet hard on the pedal, hold your hands hard on the bracelet, when the uterus shrinks, take a deep breath, then hold your breath hard, be sure to hold it for a long time, use long strength, just like defecating, understand? ] A beautiful young woman doctor told me the matters needing attention without expression. She was so calm, but also somewhat frightening.

Just as I was about to practice it once to show [understand], the beautiful doctor immediately stopped it: don’t use your strength now, there is still a small circle at the mouth of the uterus that hasn’t opened. When there is a strong sense of convenience, you must relax, relax, understand?

After the beautiful doctor’s instructions, He went to make preparations. As the uterus has not yet been fully opened, Can’t start the second stage of labor immediately, just around the circle of nurses, doctors, at the moment suddenly shout all disappeared. Girl, I am just a person, feet diverged, with a stomach, in the middle of the delivery room alone in a very indecent shape. Seconds after seconds waiting for the uterus to fully open. Can someone take care of me?

Finally, Dr. Tian, who accompanied the delivery, changed his clothes and came to the delivery room. He also found miraculously that the third-line doctor on duty today, that is, the doctor who will deliver his wife soon, turned out to be his classmate in the undergraduate course-Zhuang Ge. It is always reassuring to have a doctor with him.

Under the organization of Zhuang Ge, the doctors started the preparations before delivery in an orderly and orderly way.

However, Dr. Tian, whose main task is to accompany the delivery, actually talked with his old classmates about work, life and years of friendship… Hello, your wife is in great pain at the edge. Are you really happy?

When I was almost angry, a doctor finally came and bent down between my legs to look at it, saying that the uterus was fully opened and could officially start giving birth.

When another contraction hit, I didn’t feel any pain, girl, but only felt it was a relief. Because, at this time of pain no longer need [endure], can use your strength.

The beautiful woman doctor is definitely a cold beauty. She speaks neatly and without gentleness.

[Is the uterus shrinking? Come on, work hard… You use too short a strength, this is not possible, a little longer, work hard for at least 15 consecutive seconds at a time, and come again! ]

[Don’t fold your legs after using up your strength, or the tire head will go back again. Come again! ]

[Your expression is too rich, your strength is on your face, take it back, come again! ]

[Don’t shout, all your strength is on your voice. Concentrate on your strength, just like pulling a stool. Come again! ]

Every time I have already suppressed my energy, every time I wait until I am exhausted before relaxing. Why is it still not long enough and hard enough? The scene at that time was like a long-distance race that did not know where the finish line was, where he was running and where his opponent was.

It is not so much physical strength as vigor that determines the birth of children.

I have long heard that doctors and nurses will scold me for giving birth to children. It is said that it is to inspire my fighting spirit. Dr. Gao, who has given me a lot of help, also said that she has tried many times to show care to the parturient affectionately, but the final result is always unsatisfactory. It is better to be stern than to be effective.

But all I needed at that time was someone to give me a [coordinate] and some encouragement so that I could move towards a clearer goal. This aimless [severity] could only have the opposite effect.

Just when I was exhausted, Zhuang elder brother finally gave me a word of encouragement [well, the situation looks good, it should be born very fast.]

Such an ordinary remark was really powerful and grateful to me, who was lying on the maternity bed at that time.

[Well, good, that’s it! Very good! Very good! At this point, Brother Zhuang brought a piece of white cloth and spread it on my stomach: “Let me do you a favor!” He began to push and squeeze his stomach with his hand to help Oda get out of his stomach as soon as possible.

The encouragement and help of the doctors helped me to summon up confidence that everything was almost finished and would not take long. Therefore, I did not need to maintain my physical strength and use my last strength.

[Dr. Tian, how long will it take? I’m running out of strength! I feel a little tired again.

[Soon, soon.] Dr. Tian looked sideways at the clock hanging behind the maternity bed and said to me, “It’s almost seven o’clock. When the news broadcast started, our little Tian came out.”

With more precise goals, I am more confident.

[Mr. Tian, your wife’s pelvic floor muscles are a little thin,] then Zhuang elder brother said, “I’m afraid it will tear, do a side cut! ]

Dr. Tian agreed without even thinking.

Huh? Side cut? The legendary lateral incision that is more painful than uterine contraction?

Before I could ask this and that, let alone raise objections, I saw other doctors and nurses [hula] move, some putting sterile foot covers on me, and some pulling shadowless lamps. Then, like being bitten by a bug, it turned out to be anesthetic. Then, there was no feeling, which was completely different from [more painful than uterine contraction].

I only felt a huge spherical object between my legs, [sniffing] pouring out. Then, there was no feeling again.

After that, for a few minutes, My memory is blank, May be tired to sleep in the past. I only remember when I was woken up again, the nurse held my small field in her arms and came to the front: [Come and see, boy, 3290 grams.] Said, the nurse first flashed small field’s face in front of me, then quickly turned 180 degrees, lit up small field’s genitals in front of me. Then, small field was carried away again.

After that, the [popularity] center in the delivery room, Apparently transferred from Miss Zhou to Xiaotian. As the water-breaking time exceeded 16 hours, the little basin friend was pale and somewhat anoxic when he was born. Therefore, the amniotic fluid was removed, oxygen was helped, and pediatric consultation was invited. In my constant inquiries [how] and Dr. Tian’s constant answers [nothing, quite good], the busy time passed for about half an hour.

[Come on, hold it! Finally, a red little Oda was thrown into Miss Zhou’s arms by [Biu].

Seeing Xiao Oda, I seemed to be resurrected with blood. Then I thanked the doctors and nurses who took part in the delivery one by one, praised Zhuang Ge’s positive energy encouragement method, and even offered to take photos with everyone.

Pain is actually a kind of growth.

It was not until the moment I held Xiao Oda that I began to really feel the meaning of the previous uterine contraction pain: whether it was the explosive force needed when I worked hard, the pain caused by lateral cutting, or the endurance needed when I insisted on holding my breath, it was just a floating cloud in front of the long pain of nearly 20 hours. However, the second stage of labor, which is only 2 hours, is only [dwarfed] in front of the first stage of labor, which is 20 hours. In my heart of hearts, there has always been a voice telling myself: I have persisted for 20 hours, and 2 hours is what. So the pain has been carried over, which is what.

The door of the delivery room was opened again, and my photography-loving mother ran after me and Oda in bed, trotting along, holding her camera phone and making the flash flash [Kaka] flash. Girl, I waved at the camera, which was quite a bit like a press conference.

Yes, if I really want to release what’s feelings about [natural labor], I would like to say:

Natural childbirth, and the test it brings, is actually to let a young girl’s body, can grow about tenacity, about self-confidence, about the bud of love, to prepare for the more difficult [mother] mode after that. Only by withstanding the test in the vanguard battle of natural childbirth can we achieve better results in the subsequent [mother] fight and upgrade!