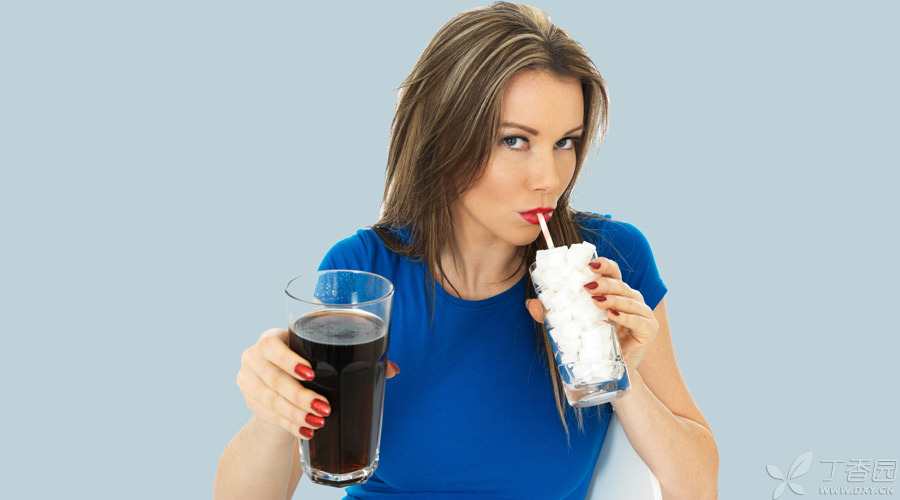 A 20-year-old male, 180 cm tall and weighing 100 kg. According to family members, the patient is usually healthy, and his father and uncle suffer from diabetes. However, this can be said to be moving. After drinking about 60 bottles of carbonated drinks for three days, hyperglycemia occurred, and then he died of ketoacidosis, liver and kidney failure…

This story tells us that people should drink less carbonated drinks, otherwise the living people will develop diabetes in three days and then lose their lives.

Is this really the case?

Who should bear the main responsibility for the occurrence of diabetes?

The United States has a set of scoring system for evaluating the quality of comprehensive meals, called the Healthy Eating Index (HEI). The lower the score of the diet, the more it deviates from the healthy eating recommendations of the Dietary Guidelines for America (DGA), that is, the more unhealthy the diet is.

In recent years, a large number of long-term studies conducted in many countries around the world have proved that people with lower HEI scores than others are more likely to develop type 2 diabetes.

Seeing this, you must raise your hands: [Now that life is so developed, can the food be poor? ] In fact, the material abundance brought to us by economic development makes our life even more unhealthy.

For example, when you first get paid every month, will you [rub] and eat big fish and big meat? However, the cooking method of cooking with clear water has long been out of date. Frying, frying and baking in oil are the first choice after salary is paid!

In addition, [money] also allows us to process grains more finely. In the process, vitamins and dietary fiber on the skin of grains are often lost in large quantities, which makes them raise blood sugar much faster, thus the blood sugar will become higher and rise faster after meals.

At the same time, healthy vegetables and fruits are sitting on the bench because [there is no meat to eat]. They are moldy and spoiled with sadness, and then thrown away.

These are exactly the embodiment of [poor dietary quality]!

This is also an important reason for the explosive growth of diabetes incidence in countries such as China, where the economy is in a period of rapid growth.

In addition, even if the combination is basically balanced, just eating too much may increase the risk of diabetes due to excessive intake of fat and refined carbohydrates. As for the common saying of “eating too much sugar”, it rarely becomes the only risk factor for newly diagnosed diabetes patients.

You are not mistaken. Diabetes, a disease traditionally considered [eaten], is closely related to the amount of exercise and sitting time.

As we all know, the number on the passbook increases before the monthly salary is spent. Before the day’s energy is spent, the body stores it into fat and glycogen (talking about people is growing meat). Obesity causes [insulin resistance], so fat people have a higher risk of type 2 diabetes than normal people.

Sitting quietly for a long time, such as sitting motionless in front of a computer or TV for a long time, or sitting on a bed/chair playing with mobile phones and tablets, is also a risk factor for diabetes with no small effect. It is estimated that many people do not know this.

Moreover, an important characteristic of excessive sitting time as a risk factor is that it works independently of exercise time.

In other words, Suppose there is a pair of twins living in the same family, My sister and my sister eat exactly the same food. If my sister sits in front of the computer, cell phone and tablet for 10 hours every day and seldom gets up for activities, then even if she squeezes out 2 hours every night to go to the gym for exercise, the risk of diabetes may still be slightly higher than that of my sister who does housework from morning till night at home and has no time to sit quietly continuously.

In contrast, existing research believes that even light to moderate exercise (such as brisk walking for 30 minutes) that is not much every day can effectively prevent type 2 diabetes if combined with frequent [interrupting] long-term sit-in processes, such as standing up and taking two steps and exercising for a few minutes every hour of work.

2. The biological characteristics of the body itself