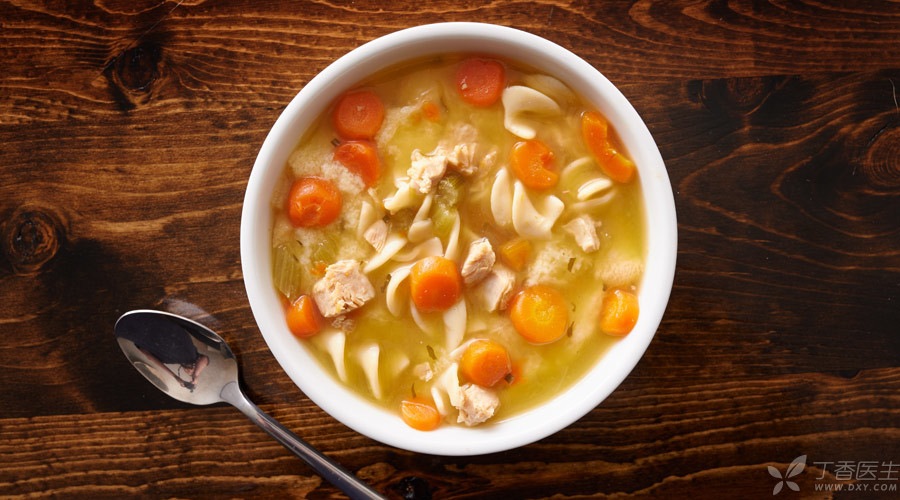 On the weekend, I made an appointment with my friends and ordered an old duck soup.

This soup is really delicious. After drinking three bowls in a row, I still feel a little unsatisfied.

After returning home, I began to think about drinking soup.

In the eyes of most people, soup is easy to digest, soup has nutrition, soup supplements water… Drinking soup is a good habit; Making soup is also a highly respected way of keeping in good health.

For example, you must have heard of:

Drink soup before meals, slim and healthy; Drink soup after the meal, the more you drink, the fatter you get.

Indeed, there are many good things in broth, such as dissolved amino acids, small peptides and B vitamins, which can be quickly absorbed by the body. Moreover, there are also reports that drinking soup before meals can make the stomach [full of water] and less hungry, which can help control appetite and prevent obesity.

But the reality is that most of the soup you drink still contains a lot of salt and oil.

There is too much salt, 1 bowl of soup and 1 gram of salt.

According to the cooking salinity that most people are accustomed to, the salt content of the soup is 0.3 ~ 0.7%. In other words, if you drink a small bowl of 200ml soup, you will eat 1 gram of salt.

If you eat out, the soup will be more salty. Many restaurants will add a large amount of chicken essence or monosodium glutamate (the main ingredient is sodium glutamate), and those delicious soups will have higher salt (sodium) content.

Our country recommends that each person should consume no more than 6g of salt per day. In this way, if you eat 2 or 3 bowls of soup, the limit of half a day will be gone.

Many people think that milky white means nourishing, but it doesn’t matter at all.

The reason why pig trotter soup and bone soup are milky white is due to the fat droplets in them.

If you don’t believe me, you can try to mix egg yolk with oil with strong emulsification ability to make salad dressing, and then pour it into the pan, which is milky white thick soup.

As for the kind of soup with oil, of course, the fat is higher, so let’s skim off the oil and drink it again.

According to the current research evidence, the best time to drink soup is 20-30 minutes before the meal. Whether it is tea or rice soup, it can slightly reduce the amount of food eaten during the later meal.

However, this effect is limited to drinking in advance, and drinking while eating is ineffective.

In particular, it should be reminded that if you want to suppress your appetite by drinking soup, you should only limit it to low-calorie soup, such as tea, clear soup and gruel soup. As for what’s pig hoof soup and cream soup, don’t expect to lose weight.

For people with poor stomach and intestines and loss of appetite, it is really helpful to drink a small bowl of soup or hot porridge soup before eating:

However, because these people usually have weak fat digestion ability, remember to skim off the oil slick before drinking the broth.

Don’t drink too much, just a small bowl (100 ~ 200ml). Because people with dyspepsia usually have insufficient stomach motility, drinking too much soup will affect eating dinner.

However, if there is a problem of gastroptosis or insufficient secretion of gastric juice, it is necessary to avoid drinking a lot of soup during or after meals, because it will make the stomach heavier, dilute gastric acid and affect digestion.

For patients with hypertension, drinking soup for health preservation is limited to soup without oil and salt.

For example, millet gruel soup and cornflake soup are rich in potassium and conducive to blood pressure control. You can also try light green tea and chrysanthemum tea, which are all great dining choices.

The same is true for patients with hyperlipidemia. Please choose to drink white water, porridge soup and light tea.

If you are diabetic, you should not only control oil and salt, but also consider the blood sugar reaction of the soup. Porridge soup is not absolutely forbidden to drink, but it can only be a very thin variety, preferably not rice porridge soup.

Gout patients? Stay away from fresh and sweet soups

In addition to fat control, gout patients should also pay attention to the purine content in their diet, while fish soup, broth and seafood soup contain many nucleotides and purine content is quite high.

At the same time, various sweet drinks and sweet soups are also inappropriate, because sugar will promote the production of endogenous uric acid.

Therefore, gout patients are best to drink light tea, gruel soup and white water, and all kinds of salty fresh soup and sweet soup and sweet drinks should be kept away.

Finally, I’d like to give you another soup tip:

WHO said that drinking hot drinks or soups above 65 ℃ may increase the risk of esophageal cancer.

Rice soaked in soup itself is not toxic, but it is easy to cause rice grains to be swallowed without chewing, and there are no teeth in the stomach. To crush and digest these whole grains of rice, one may be overwhelmed.

3. When cooking your own soup, put less salt and monosodium glutamate.

The real food, know how to feel the delicious food itself.

The fat in the thick soup is very important for its delicious taste. If you really can’t refuse mom’s hoof flower, it’s no problem to eat other meals lightly.