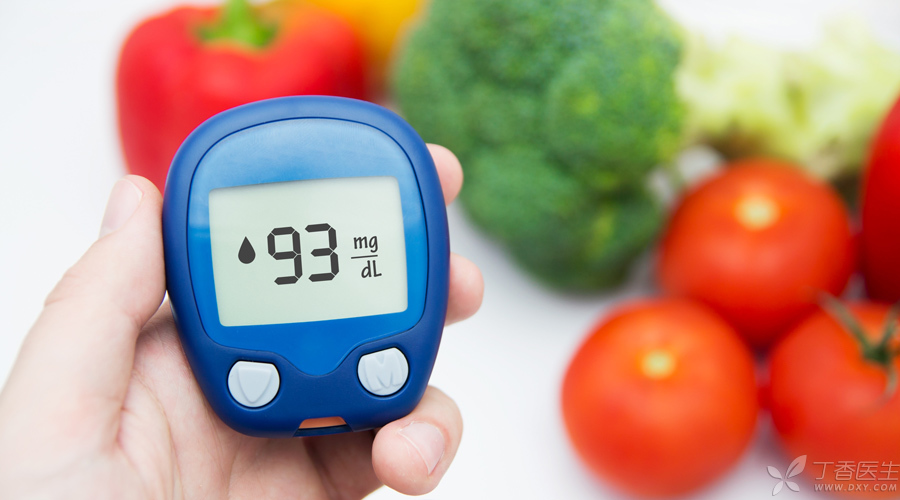 Speaking of diabetes, many friends may think:

I am still young, diabetes is a disease of the elderly, far away from me!

In fact, diabetes has always been around us:

One in 10 Chinese adults is diabetic.

One in two Chinese adults is a reserve force for diabetes.

And diabetes at the beginning of the onset, because the symptoms are not obvious, many people do not know that they are ill. Diabetes is terrible in various complications, such as diabetic eye disease, diabetic foot, diabetic nephropathy, etc., which may seriously lead to blindness, foot disability, renal failure and other terrible consequences.

At the current level of medicine, there is no cure for diabetes, which requires [lifelong treatment once sick]. Therefore, diabetes focuses on prevention.

Do I get diabetes?

If you have the following conditions, even if the current blood sugar level is still within the normal range, you should pay special attention to the risk of diabetes:

1. Immediate family members, such as parents, brothers and sisters, have diabetes patients;

3. There is a lot of fat on the waist, and even there is a big [swimming ring];

4. Although not overweight, but limbs are soft, the same weight appears fatter than others;

5. I don’t like sports, my daily activities are very small, my physical fitness is relatively poor, and I feel tired when I go upstairs.

6. Have had the experience of weight rebound after dieting and losing weight many times;

7. It is especially easy to feel sleepy after meals;

8. When hungry, I feel particularly uncomfortable and prone to hypoglycemia.

11. I like to mix rice with oily fragrant and thick vegetable soup.

12. Like to close the market and eat the remaining two meals when full.

14. Have a history of gestational diabetes mellitus or macrosomia (birth weight ≥ 4 kg);

If there are three saying “yes”, it needs to be paid attention to. If you find yourself saying “yes” in more than five articles, you really need to be on high alert.

Because, the occurrence of these situations, may mean that your blood sugar control ability is worse than others, is likely to be a member of the diabetes reserve. 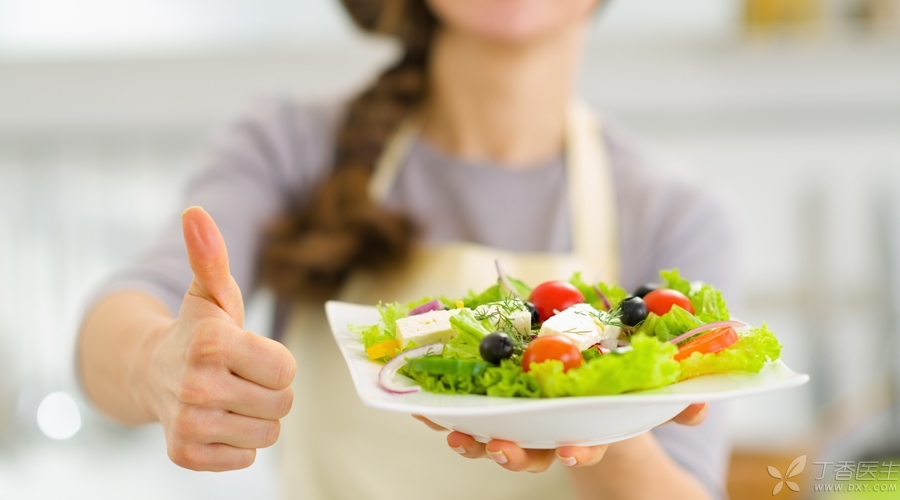 It’s never too late to change

There is only one fundamental way to defeat diabetes and not let it ruin the rest of our lives:

From now on, eat healthily, increase exercise and control your postprandial blood sugar.

It is easier said than done. For young people who are not yet sick, the following five key points are needed to control postprandial blood sugar in daily life.

1. Don’t eat too much staple food in three meals, and try to ban sweets.

Where does blood sugar come from? Most of them are converted from sugar and starch (collectively referred to as carbohydrates) in the body. The larger the total amount of carbohydrates, the greater the potential for raising sugar. Therefore, the first key point to control blood sugar is not to eat too many sweets and starchy foods.

If sugar is added to cooking, cooking, snacks and soup, it seems that the total amount of food has not increased, but it has actually increased the amount of carbohydrates, and it will also make people eat more easily, which is not conducive to weight control. Therefore, it is necessary to change the habit of sweetness and try not to eat foods with sugar.

At the same time, the amount of starch staple food should be limited.

In addition to the limited amount of food such as rice, steamed bread and noodles, if you eat starch-containing food such as sweet potato, potato, yam, taro, lotus root, sweet corn, sweet pea and tender broad bean, the amount of staple food should be deducted accordingly to ensure that the total amount of carbohydrate in a meal is not too large.

For example, if you eat [beef with potatoes], [lotus root stewed with ribs], or [chicken stewed with taro], then the amount of rice will be reduced.

If you really like sweetness, drink yogurt and eat fruit, which has a low blood sugar response. When eating out, it is a good idea to control blood sugar by ordering a [coarse cereal basket] or a [dish] containing potatoes, sweet corn and pumpkin, such as [grain harvest], and then saving rice.

2. Reduce the proportion of white rice and flour staple food, and replace half of the staple food with whole grain coarse cereals and potato vegetables.

There will be [staple food] when eating every day. The so-called staple food is starchy food, such as rice, steamed bread, noodles, etc.

There are also some foods that are included in the staple food due to their high starch content, such as coarse cereals such as oats and corn, miscellaneous beans such as mung beans and red beans, and potatoes such as sweet potatoes and purple potatoes.

For the starchy food we eat every day, it is very important to choose the right variety.

Different starchy foods have different rates of digestion and absorption. For example, rice starch has a high content of amylopectin, which is easier to digest. In contrast, mung bean starch grains have a high content of amylopectin, which makes digestion slow. Apart from sticky foods, most coarse cereals, miscellaneous beans and potatoes have lower blood sugar reactions than white rice and flour.

If you don’t take the initiative to change, even if, like the above examples, you seem to have many varieties and new designs, but you only eat refined white rice and refined white flour, which are the two staple food materials, it is difficult to control your blood sugar. It must be remembered that although rice, steamed bread and white bread have no sweet taste, they raise blood sugar at the same rate as white sugar.

For breakfast, change the staple food to oatmeal, For lunch, the staple food was replaced by buckwheat flour. For dinner, the staple food was replaced by mixed bean porridge without sugar. Can help improve the blood sugar reaction after meals. If you can’t eat whole grain grains in the canteen of the unit, you can make an appointment with a pressure cooker at night and cook a pot of coarse cereals with half oats, purple rice, red beans, etc. In the morning, the meal is cooked automatically, and some of it is put in the lunch box and taken to the work unit as the staple food at noon. The rest is refrigerated in the refrigerator and can be eaten when you come back at night.

3. Choose the cooking method intelligently and leave some natural taste for food to chew.

Whether you retain a little chewiness is the key point of cooking to control blood sugar.

Generally speaking, the whiter the food is processed, the more crushed it is, and the softer and rotten it is cooked, the easier it will be to digest and the faster the blood sugar will rise after the meal.

Some people have soya-bean milk machines, [wall-breaking machines] and so on in their homes. Can beat coarse cereals into delicate paste. For dyspepsia, as well as cancer after radiotherapy and chemotherapy digestion ability poor patients, beating paste is indeed a good way to eat coarse cereals. But for diabetics, the finer the beating, the faster the digestion, the faster the postprandial blood sugar rises. Therefore, it is better to cook the whole grain directly.

Don’t bother to beat fruit into juice to drink, Be sure to eat the whole fruit. After the fruit turns into fruit juice, It will raise blood sugar reaction, and drinking large amounts of fruit juice for a long time will also increase the risk of diabetes. If you want to use commercial coarse cereal powder as the staple food for lunch, it is not impossible, but you should pay attention to the paste flushing skills. Mix a small amount of warm water first, then add boiling water to stir it up. This will slow down the increase of blood sugar after meals than adding all boiling water.

Recent studies have found that the sequence and coordination of meals are very important. Eating foods with slow blood sugar rise first and then starchy staple foods can delay the speed of glucose entering the blood.

Therefore, cooking with less oil as far as possible, such as cooking and cold mixing instead of stir-frying and frying, and buying a non-stick pan instead of ordinary iron pan, can easily reduce the amount of cooking oil.

When eating cold dishes, noodles, steamed buns and dumplings in restaurants, As much vinegar as possible. As long as you feel comfortable in your stomach, adding more vinegar is harmless to your health and even beneficial to the absorption and utilization of nutrients. Eat less food combinations with a large amount of fat and starch, such as crisp bread, cakes, pizza, etc. When fast food restaurants have to eat fried food, remove the starch shells with bread crumbs on the outside.

Of course, controlling blood sugar is only one aspect of maintaining health, not the whole. Whether or not you need to control blood sugar, you should eat enough of all kinds of nutrients you need.

In addition to sugar, food also contains protein, essential fatty acids, 13 vitamins, more than 20 minerals, and a variety of health care ingredients. Without which, one will make one’s metabolic function decline, vitality decline, and even aging ahead of schedule.

Therefore, the secret of a healthy diet is to have less oil and salt, be fresh and natural, improve the nutritional quality of food per unit weight, and never let yourself suffer from hunger and pain every day for sugar control.

It should be noted that hypoglycemia is more dangerous than hyperglycemia: persistent hypoglycemia not only damages the brain, but also may lead to accidents and injuries.

Finally, it is also very important to remind everyone that besides controlling diet, increasing exercise and strengthening muscles are one of the most important ways to improve insulin sensitivity and defeat diabetes.