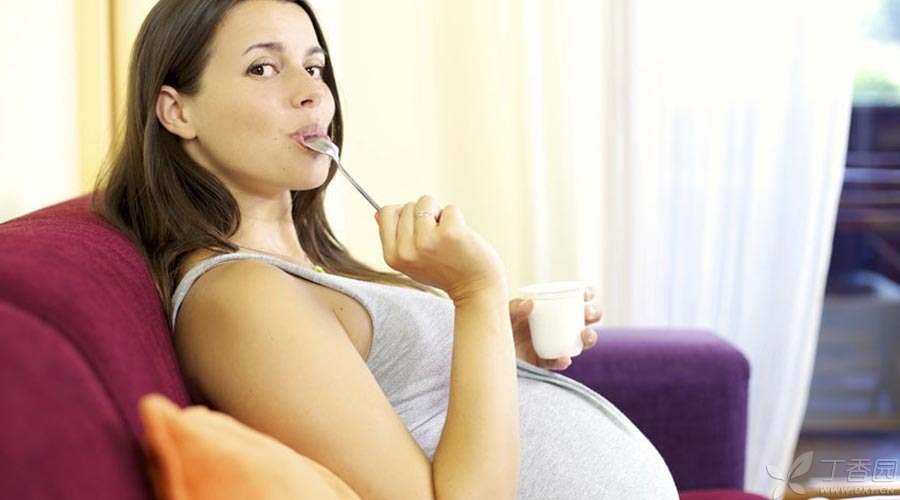 People are omnivores, and pregnant women are no exception.

The key to diet lies in miscellaneous, not to say that if the doctor recommends what to you, you will only eat what, and if you don’t recommend it, you won’t touch it.

The food recommended by the doctor, Usually it contains more kinds of nutrients, But also the demand during pregnancy is relatively large, Such as milk. This is a very good drink during pregnancy. Even some research institutions recommend pregnant women to drink 1 litre of milk every day. Another is fish and shrimp, meat, eggs, It is rich in high-quality protein and trace elements, And it’s easier to absorb. Of course, Some people are allergic to seafood, Or a vegetarian, Well, if you’re willing to drink milk, In general, you can also get enough nutrients. There are also fresh vegetables and fruits. It is very helpful to provide trace elements and vitamins. In addition, there are coarse grains. Such as corn, sweet potatoes, grains, Can provide more trace elements, It is also very helpful to ensure smooth defecation during pregnancy. Because of pregnancy hormones, Gastrointestinal peristalsis is inhibited, so many pregnant women’s stool is not very unobstructed, moderate consumption of coarse grains will be beneficial. Moreover, the sugar in coarse grains is not easy to be absorbed, which can fill the stomach and not let the weight gain too much. It is the preferred staple food for pregnant women with gestational diabetes mellitus.

Another important principle is to eat less and eat more. You can eat five or six meals a day.

However, this principle is often distorted, Many pregnant women just eat more, Without eating less. Many people have a good appetite in the middle and late stages of pregnancy. Eat every meal as usual, Even if the appetite continues unabated, Then I will add some fruits, snacks and so on. In this way, I eat several meals a day. The amount of each meal is not controlled, resulting in excessive weight gain. Eating less and eating more can reduce the load on the digestive system, just like if you run 1,000 meters at a time, you will be panting, but if you run only 200 meters at a time in five times, then you can easily do it. Eating less and eating more is almost the same meaning, but the total amount cannot be increased by eating more.

Nowadays, many women usually pay great attention to their figure, Every day I talk about losing weight, But as soon as I was pregnant, I let go of eating. I think eating more nutrition is enough. In fact, Nutrition is in balance, It’s not that you eat too much to be nutritious. Moreover, in many cases, things that make your appetite good are not necessarily nutritious things. They may only provide sugar and calories, which are actually the cheapest nutrients. Many foods can be provided, and there is no need to add much during pregnancy.

However, if the BMI is less than 19.8, people who are considered to be underweight, equivalent to 1.65 meters, weigh less than 100kg, so such women should gain more weight during pregnancy.

For most people whose BMI is 19.8 ~ 26, it is better to control the total weight increase during pregnancy at 23 ~ 32 kg, and the value is relatively easy to remember. However, the weekly weight increase is less in early pregnancy, and the increase in the whole early pregnancy is 2 ~ 4 kg. In the second and third trimester of pregnancy, the weight gain per week is about 52 to 8 ounces, and it is easy to remember, [half a catty and eight ounces]!

This sentence looks like nonsense, However, some people put too much emphasis on [nutrition], Ignoring the appetite of pregnant women. Pregnant women are no longer children, There will be no serious partial eclipse, But they have their own taste preferences. Some family members are worried. Pregnant women do not seem to be very interested in the good things recommended by doctors. Some can eat them while others do not like them. If you don’t like to eat, eat less. Food is not medicine and there is no irreplaceability. If you don’t like steamed bread, you can eat rice. There are so many kinds of food in China, why should you overemphasize one? Especially during early pregnancy, many people have nausea and vomiting. At this time, they don’t have to pay too much attention to the balance of nutrition. If they can eat it, they will win. Therefore, it is most important for their appetite to pick up what pregnant women like to eat and make some.

Perhaps influenced by traditional Chinese medicine, Chinese people like to talk about dietary taboos, and they should pay more attention to them after pregnancy. For example, you can’t eat hawthorn, crab, spicy food, longan and litchi, papaya and aloe, and you can’t put pepper, anise, cinnamon and fennel in stir-fried dishes. There are many kinds of statements.

However, in the eyes of nutrition experts, they believe that when guiding diet, they should emphasize which foods to eat rather than which foods to prohibit. Especially during pregnancy, emphasizing the wide and miscellaneous diet will not emphasize the so-called dietary taboos.

For example, some people say that fasting crabs and litchi during pregnancy will cause miscarriage. Think about it, those who are pregnant unexpectedly are afraid of surgery and want medicine flow. As a result, at least 10% of them fail to miscarry after taking medicine. This is taking medicine! If you eat a crab, litchi can miscarry, then who is afraid of accidental pregnancy? What about accidental pregnancy? It’s too simple. Laijin litchi and two hairy crabs are not only full of food, but also miscarried smoothly. There are no side effects. After that, no one has used contraception!

There are many kinds of diet during pregnancy, but you don’t have to eat a lot of each kind. No matter how good you eat, there will be problems.

For example, you should try to avoid eating half-baked beef, eggs, shellfish and sashimi, as well as unsterilized milk. Because these foods may be the source of Listeria infection, which can lead to poor obstetric outcomes, such as fetal death in utero. Half-baked beef, then eat steak should pay attention; In addition, sashimi should be avoided as much as possible. The eaters also don’t have to argue with me about the so-called source of ingredients. These are written into the textbook “Oxford Handbook of Obstetrics and Gynecology”. In fact, isn’t it just a pregnancy or lactation? Endure it, it will only take more than a year.

Finally, the wine is listed separately to emphasize that pregnant women had better not drink. No matter the type of wine, Red Star Erguotou or Remy Horse XO; No matter how much you drink at ordinary times, or whether you are not drunk in a thousand cups, pregnant women had better not drink or touch a drop. Because alcohol is not a nutrient required during pregnancy, and it is a teratogenic substance with evidence. Although the specific teratogenic dose has not been determined yet, but, why do you drink it for such a thing that has no benefits at all?

This article is excerpted from Tian Jishun’s book “Male Doctor of Obstetrics and Gynecology Tells You”, which is reprinted by Clove Garden authorized by the author.