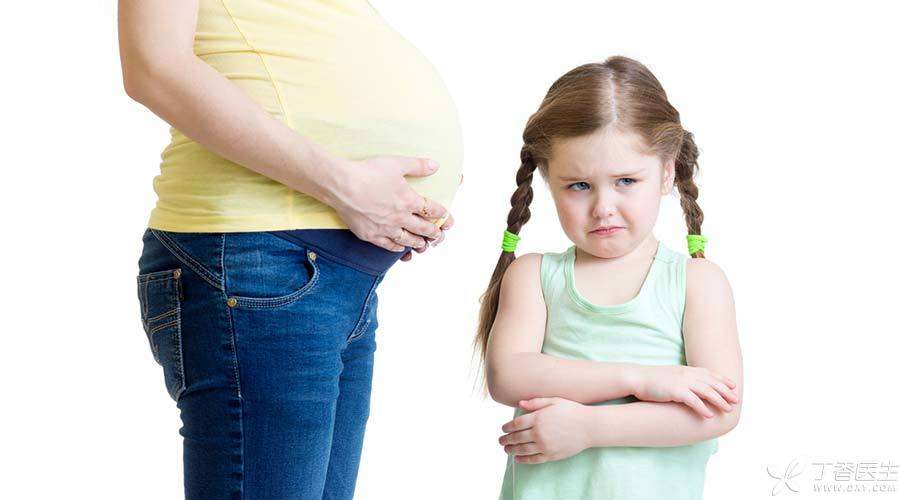 Editor’s Note: Not long ago, there was a news report that a 13-year-old girl was extremely capricious because she was spoiled by her family. After learning that her mother was pregnant with a second child, she forced her parents to give up her second child by suicide. In the end, her mother had to choose to have a baby.

Although some parents may not be willing to admit it, from the psychological theory of family relations, Dabao’s resistance to the two treasures is the whole blame, but in fact it is still up to parents to bear the blame.

This pot is divided into two types:

When it was found that the mother was pregnant with a second child, the reaction of Dabao over 4 ~ 5 years old was very complicated:

There are many Dabao who are very excited. For example, they are very happy to know that they are going to have younger brothers and sisters. They always hold their mother’s stomach and listen to the movement. There are also many Dabao who are very anxious and ask their mother over and over again if they will be kind to me if they have younger brothers and sisters. There are also people who make nonsense and roll all over the ground…

After Dabao appeared obvious emotional signals, parents must take countermeasures. In the maintenance of family relations, communication is the most important link, is also the most difficult link. Therefore, in a family, parents who are in an absolute dominant position in all aspects must also bear all the responsibilities of communication.

For different children, there will be different ways of communication:

For children who like to have a sense of accomplishment, you can take the direction of [taking your younger brother and sister will exercise your leadership ability, and you will gain more favor from your parents]. For children with strong dependence, you can go in the direction of [having a younger brother and sister to play with you in the future, you will not be alone]. For children with strong curiosity, strong sense of right and wrong, and reasonable understanding, the communication methods are different…

The best time to have a second child is when Dabao does not have a clear sense of independence (before the age of 3), Either Dabao is obviously mature. Because no matter how to say, one more family member, the distribution of family resources will also change, and most of the children aged 3-12 are still in the [profit-oriented] stage, or in terms of academic terms of children’s moral development theory, it is called [pre-moral stage] and [heteronomy moral stage].

Communication in the Pre-moral Stage

Children are self-centered and think that everything in the world must revolve around themselves. If a younger brother and sister rob things, they must resist and resist.

This is a very natural reaction, and it is difficult for you to say to children at this stage [be rational! They are unreasonable.

What about mom and dad?

At this stage, parents can only promise with the simplest interests, such as [giving you absolutely not less] [bringing your younger brother and sister well will have more rewards], etc.

Children obey authority, authority thinks good is good, authority thinks bad is bad. However, the birth of younger brothers and sisters may lead to the neglect of Dabao by their parents, making them mistakenly think that they have not done well enough and are abandoned by their parents. This idea is more complicated, contradictory and unreasonable. It will also happen at this stage.

[Authority] Sounds like a derogatory word, But in fact, it is very important for children’s moral development. When children have not yet formed a complete concept of right and wrong, parents and teachers, as authorities, need to regulate and guide children’s behavior and interpret [right] and [wrong]. This is actually an important way for children to recognize social rules and help children form a sound three views.

What about mom and dad?

On the one hand, parents should increase their investment in maternal love and fatherly love, especially pay more attention to Dabao’s mood (at this time anyway, Erbao doesn’t know anything and knows to eat, drink, pull, scatter and sleep every day), so as to eliminate his sense of abandonment.

On the other hand, parents should also administer the child with reward and punishment, either to provide more comprehensive and secure attention to Dabao, or to use the child’s submission to external authority to force through this stage.

Communication in the Moral Stage of Self-discipline

This stage is also commonly known as “sensible”. Children will understand many social rules and interpersonal relationships, can think about problems from the perspective of others, and can understand the feelings of others. This stage is more reasonable.

However, at this time, the age gap between Dabao and Erbao is also relatively large. If you are 10 years away, it is not too much to say that you are an uncle. Ha ha…

In the news, the parents doted on the child too much, causing the child to be very self-centered, the development of moral cognition is slow, and the dissatisfaction with relatives is threatened by jumping off buildings and committing suicide. In fact, the responsibility for parents’ improper education is the greatest when children form such a character.

The so-called [extremely capricious], In fact, the children’s moral development is backward, Self-centered performance, children lack the understanding of authority and social rules. That is to say, parents do not establish enough authority in their children’s education, nor do they let children learn basic respect for life and relatives, nor do they teach children how to deal with family conflicts reasonably in modern civilized society.

The sense of responsibility is more complicated, In addition to parents caring for their children, Children should also understand that they are also responsible for their families and parents. They also need to care for and understand their parents. In fact, this is the most basic [empathy] ability for people to communicate with each other. Of course, this does not mean that parents are [exchanging] love with their children or [negotiating conditions] [I love you only when you do XX], but rather cultivating a kind of sympathy for others.

Dabao’s resistance to the two treasures is most likely inevitable.

Parents should respond to Dabao’s negative emotions in a timely, reasonable and appropriate manner. On the one hand, children should slowly learn to coexist with their younger brothers and sisters from these things. On the other hand, parents should also actively guide and create an atmosphere that respects both the two treasures and Dabao.

In the long run, in order to avoid all kinds of problems caused by [doting on], we must establish sufficient authority in the process of communicating with children and cultivate his sense of responsibility and compassion.